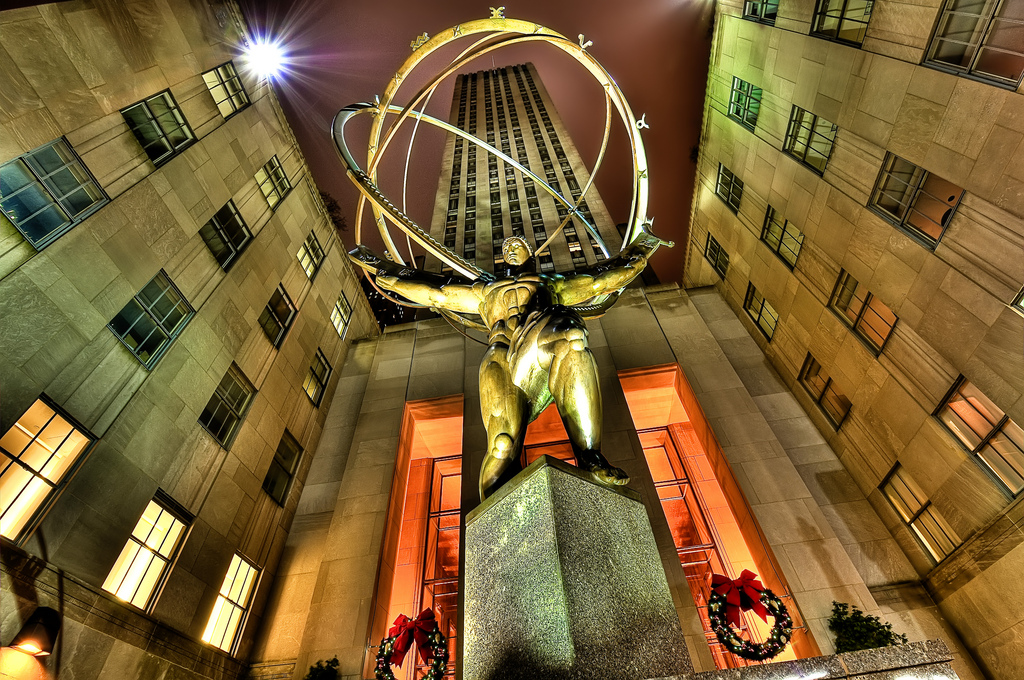 Facebook is taking the weight-of-the-world off Microsoft’s shoulders. Today, news came out that the Facebook officially bought Microsoft’s Atlas Solutions.

Back in December, rumors circulated that Facebook planned to acquire Atlas in an effort to build its own external advertising network. Microsoft acquired Atlas Solutions back in 2007 as part of its purchase of aQuantive for $6 billion. Microsoft was apparently interested in offloading the property, and Facebook was interested in buying it.

Today, the deal officially closed. Although the terms have not been disclosed, the price is estimated at under $100 million. Atlas Solutions offers a suite of tools for marketers to serve, track, and measure digital ad campaigns. It delivers billions of impressions every day across multiple channels.

“If marketers and agencies can get a holistic view of campaign performance, they will be able to do a much better job of making sure the right messages get in front of the right people at the right time,” said Brian Boland, Facebook’s director of product marketing in a blog post. “Atlas has built capabilities that allow for this kind of measurement, and enhancing these systems will give marketers a deeper understanding of effectiveness and lead to better digital advertising experiences for consumers.”

Both Facebook and Microsoft want to remain competitive against Google’s dominance in the ad-space. Microsoft is, in a sense, offloading the responsibility to Facebook, which will be better able to capitalize on advertising opportunities with its own network. E-marketer projects that Facebook will bring in nearly $2.7 billion in display advertising in 2013, as compared to Google’s $3.2 billion.

Right now, most advertisers connect to Facebook via a third party. An analysis in AdAge earlier this month said that with its own ad server, Facebook can better measure the effective of ad campaigns and open up more data to advertisers without exposing it to intermediaries. The social networking giant also has plans to develop Atlas into a stronger product.

“We plan to improve Atlas’s capabilities by investing in scaling its back-end measurement systems and enhancing its current suite of advertiser tools on desktop and mobile,” Boland said. “We will also work to improve the user interface and functionality with the goal of making Atlas the most effective, intuitive, and powerful ad serving, management and measurement platform in the industry.”

In the latest installment of the War of the Technology Titans, Facebook edges in on Google’s territory. Your move, Google. Read Facebook’s statement.