A fledgling fintech startup is today lifting the lid on a new credit card product specifically for startups, along with the announcement of $57 million in funding from some major figures in the technology and financial worlds.

Founded out of San Francisco in 2017, Brex is a Y Combinator alum that’s setting out to reimagine the corporate credit card. The company essentially underwrites businesses, and when deciding on credit limits it sidesteps credit history to consider factors such as who has invested in the startup and the equity they hold, cash balance, and spending patterns. The first five cards issued to a startup are free; after that it costs $5 per user per month for any additional cards. 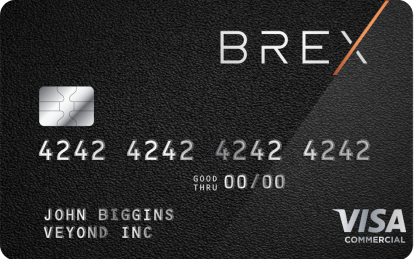 Brex also offers a number of other features, such as the ability to capture receipts with your phone and match them to your statement, and it integrates with popular accounting software such as Expensify, QuickBooks, Xero, and NetSuite.

Prior to now, Brex had only announced a $120,000 Y Combinator-funded seed round, but today the startup revealed that it has raised an additional two rounds of funding. In April 2017, it raised $7 million from Y Combinator and Ribbit Capital, and in March this year it closed a $50 million series B round of funding from the Y Combinator Continuity fund, PayPal founders Peter Thiel and Max Levchin, serial entrepreneur Yuri Milner, Ribbit Capital, and Carl Pascarella, who retired as Visa CEO in 2005.

Brex was founded by Henrique Dubugras and Pedro Franceschi, known as the teenage creators behind Brazilian payments processor Pagar.me, which they sold for an undisclosed amount in 2016. Now in their early twenties, the duo have set their sights on providing quick and flexible credit facilities to startups, based not on their short-term profits, but on a far broader set of criteria.

“Startups that have raised millions and are poised for hyper-growth can’t get slowed down hassling with banks requiring personal guarantees and offering meager credit limits,” said Brex CEO Dubugras. “Traditional credit models look at how much a company can pay back in a year based on profits, often disqualifying startups. We rebuilt the financial services tech stack from the ground up and created a new kind of card to specifically meets the needs of startups.” 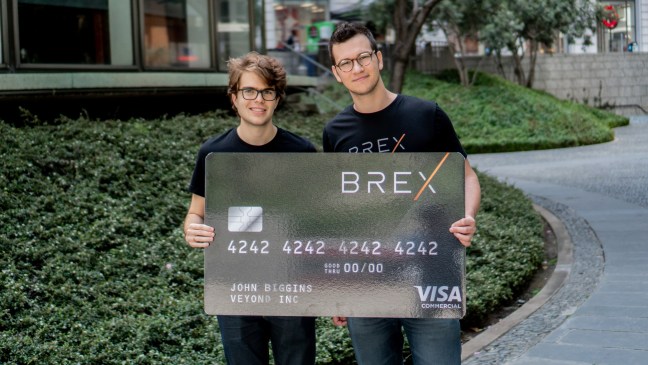 During its private launch, Brex said that it accumulated some 1,000 customers, including Flexport, Algolia, Affirm, and Y Combinator itself. From today, the product is open to startups across the U.S., with the promise of a simple two-minute application process.

“As a startup founder, you have so many things going on, and the last thing you want to worry about is finding a quick and easy payments solution for company expenses, let alone personally guaranteeing a card or trying to find an expense management system that works,” added Y Combinator partner Dalton Caldwell. “Brex solves that.”