The French Girls app first made its debut in January and was named in reference to the famous “draw me like one of your French girls” line from the film “Titanic.” The app lets users turn selfies into hand-drawn portraits and, in exchange, tasks users with drawing (or tracing) selfies taken by strangers. 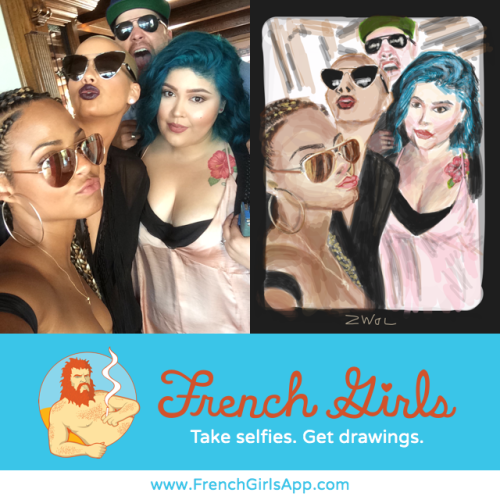 “Passing a million is exciting, but we’re just getting started,” says Appek chief Adam Ceresko. “There is such a uniqueness to the content on French Girls. And how the community is evolving is what makes the future bright. People can express themselves visually on French Girls in ways that are easily understood yet extremely powerful, and we feel that we’ve only touched the surface of what’s possible through this new type of communication.”

Appek also made headlines back in 2011 with FaceInvaders, a passive-aggressive spin on the classic Space Invaders arcade game.