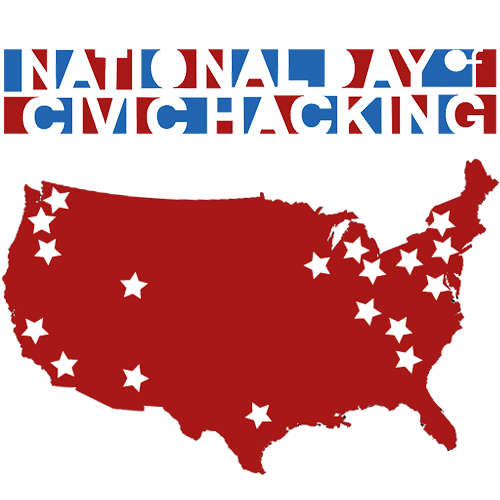 Thousands of people are coming together this weekend to improve the American government.

Tomorrow is the National Day of Civic Hacking. A consortium of government agencies, businesses, and nonprofits are teaming up to hold 96 events in 83 cities around the country. The goal of the initiative is to build solutions that address issues in neighborhoods, cities, states, and the country using publicly-released data

A civic hacker is described as someone who can use technology to creatively tackle problems, without much time or resources. 22 government agencies are posing challenges to participating software developers and entrepreneurs. Government partners include the White House, NASA, Census Bureau, Departments of Agriculture, Energy, Labor, and Transportation, as well as the States of Maryland, Nevada, and New York.

“This is the largest communion of civic hackers ever,” said Nick Skytland, the lead of NASA’s Open Innovation Program. “Ultimately, its about revolutionizing our government and bringing it up to date. We want to engage our citizens in government and have them participate in useful and meaningful ways. We are at a tipping point where people’s participation in their government is being redefined. Now there are opportunities for people to directly improve our country and have an impact.”

Skytland said that developments in technology, infrastructure, and policy have made initiatives like this possible. Earlier this month, the White House released the official Open Data Policy of the United States on developer community GitHub. The document instructs government agencies to “manage their data and information more generally” and make it available to the public in a way that is “open, discoverable, and usable.” The organizations participating in NDCH are sharing an ‘unprecedented’ amount of data to help the civic hackers solve specific challenges.

NASA’s challenge is called We Love Data: “The idea is to leverage NASA’s vast open data resources and to help us think differently about how citizens can engage and use spaceflight data. This is an open ideation challenge to develop software, hardware, or visualizations of space data in order to encourage people to interact with the data in new and meaningful ways.”

The civic hackers will build tools, apps, and platforms that make this information more accessible to the general public and apply it intelligently to civic operations. Projects are intended to find new solutions to old challenges. For example, a microsite that uses NASA’s satellite images, photos, maps and visualization to “tell the story of current human conditions around the world.” Possible projects in other sectors could include an app that allows rural communities to monitor private water wells and prevent contamination, hospital price tracking, or natural disaster prediction.

The National Day of Civic Hacking is sponsored by Intel, with support from Rally Software, CodeForGood, Edelman, Socrata, and Elance. SecondMuse is taking the strategic and operational lead, and organizing partners are Code for America, Random Hacks of Kindness, and Innovation Endeavors.