As competition within the coworking marketplace becomes increasingly fierce, companies are rushing to scale. Industrious, which helps businesses find, create, and manage workplaces, today announced its acquisition of PivotDesk, along with an additional funding of $25 million. This comes on the heels of market leader WeWork raising $300 million last week.

The Brooklyn, New York-based startup had already raised $37 million last September. It now operates in 11 cities across the U.S. and claims to have more than 2,500 people working out of its offices.

“Demand is expanding rapidly, both from traditional coworking users and from new customer segments,” wrote Industrious cofounder and CEO Jamie Hodari, in an email to VentureBeat. “We’ve started to hit the point where sophisticated businesses are looking to move their entire regional office networks to service-oriented firms like us. That’s a huge shift, and I think the real estate industry as a whole is still working through the implications.”

Industrious customers, which include Lyft, Spotify, Pandora, Instacart, and Hyatt, pay either a monthly or an annual fee. 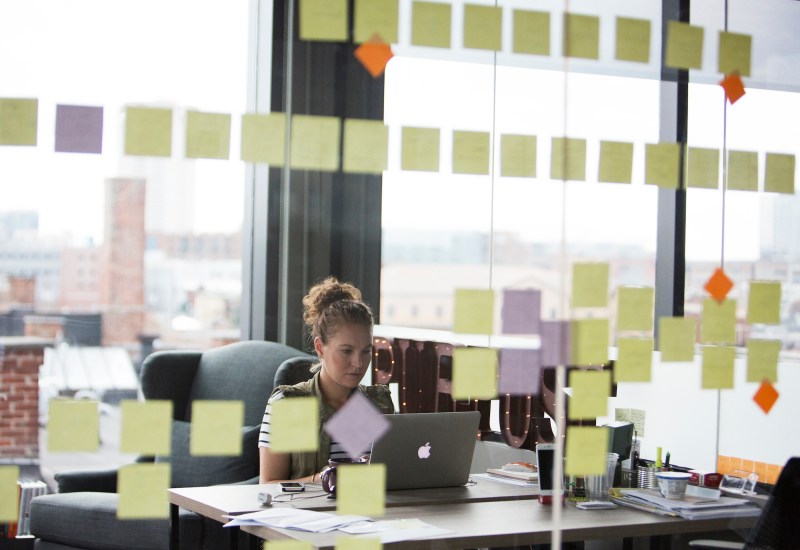 Prices vary from market to market, but typically begin at $500 per month, Hodari said, which he admits is more expensive than, say, a WeWork. But he argues that Industrious is a premium product, not a mass coworking space — something that’s actually to Industrious’ advantage at times.

“We tend to perform better, not worse, when there’s a WeWork nearby,” Hodari wrote. “WeWork does a great job of educating potential customers, who then end up deciding among the options in their city what they believe is the right fit for them.”

Hodari sees some key differences between his startup and WeWork’s spaces. “WeWork is a wonderful fit for teams of twenty-something male engineers,” he wrote, “but might not feel totally comfortable to a 65-year-old, or a nursing mother in her late 30s. We try very hard to be an inclusive, welcoming space for a really wide range of customers.”

In its efforts to keep up with WeWork and the likes of Impact Hub and Knotel, Industrious acquired PivotDesk, which connects businesses with excess space to companies that need to stretch out. Hodari would not disclose the acquisition price, but said that most members of the PivotDesk team are going to continue working for the startup as a subsidiary of Industrious. Four PivotDesk employees joined Industrious.

“The flexible workplace industry currently lacks a strong, sophisticated digital front end for customers,” wrote Hodari. “Our hope is to use the PivotDesk acquisition to build out a product that can change that.”

Riverwood Capital led today’s investment. Existing investors Outlook Development Capital and Maple Woodward Capital also participated. This brings Industrious’ total raised to $76 million since it was founded in 2013. The new capital will be used to expand to 30 new cities in the U.S., including San Francisco, which is scheduled for 2018.