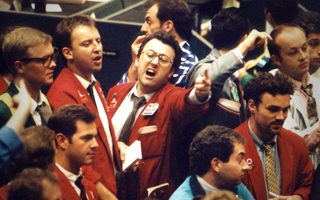 A record number of companies delayed their initial public offerings this week in the wake of market upsets.

Following agency Standard & Poor’s downgrading of the U.S. credit rating from AAA to AA (and the subsequent stock market slide), many companies were reluctant to sell their wares on the public market.

As a result, around 83% of this week’s scheduled IPOs — between 9 and 13 events, depending on which sources you consult — were delayed or postponed, some indefinitely.

Bloomberg’s Emily Chang noted that the number of postponements had even set a record, “the most in one week in more than a decade.” Chang counted 13 postponements on the Bloomberg Terminal, saying to VentureBeat that although all 13 companies were not going public the week of August 8, “That number includes postponements/withdrawals that were slated for upcoming weeks as well.”

See below for the list of delayed IPOs we know about.

Naturally, we’ve been wondering whether some of the more highly-anticipated, already-filed tech IPOs — like Groupon and Zynga — might be delayed for the same reasons as this week’s crop of delays. Both companies filed amended S-1 forms this week, suggesting their IPO plans are still on track, but some researchers are even wondering whether interest might be cooling altogether, given the volatility of the market and the uncertain track record of tech stock in general.

“Investors are looking for unique companies that are capable of growing through all kinds of market conditions and that have a product that is gaining significant traction,” Paul Bard, director of research at Renaissance Capital, stated in one report today. “We don’t know how much froth has been taken out of the Internet market.”

However, Dow Jones Investment Banker’s John Morris said to VentureBeat, “Both [Zynga and Groupon] are still some ways away from going to market, so it’s hard to say what impact if any this week will have on their plans or their pricing. But it’s safe to say the companies and their bankers weren’t happy about the events this week.”

IPOs that did brave the waters this week found themselves debuting lower than shareholders would have liked. For example, online data backup firm Carbonite priced its shares at $10, less than the expected $15-17, and raised $62.5 million, around 40% less than anticipated.

In the bigger picture, analysts at PricewaterhouseCooper are concerned that the market’s general nosedive over the past week will continue to impact IPO activity for the remainder of the year.

However, PwC analyst Henri Leveque stated, “disruptions in the overall market and a variety of recent macroeconomic events may present considerable challenges for companies looking to execute an IPO in the coming months.”

“The summer months, particularly August, are typically a slower time for IPO activity,” said Leveque, “so it will remain to be seen how quickly market stability and confidence returns and whether those companies waiting in the wings will move forward with their IPO plans come September.”

Here are the planned IPOs put on ice this week. Are we missing something? Let us know in the comments.