Joonko has raised $10 million to create a prequalified pool of diverse job candidates for corporate recruiters.

The Tel Aviv, Israel-based human resources tech startup is built on a remarkably simple idea. Lots of companies are recruiting diverse candidates in the wake of Black Lives Matter, #MeToo, and other social movements. But they often can hire only one person amid a pool of diverse candidates.

Joonko collects the candidates who didn’t get the job and makes them available for companies that are also seeking to fill jobs where diversity is a priority. It uses AI to do the sorting and matching.

“What we do is think about it as a peer-to-peer network, where companies are plugged directly into their recruiting systems,” said CEO Ilit Raz in an interview with VentureBeat. “And we are able to pull the best finalists that are underrepresented that were not selected and offer them for other companies in exchange for getting the candidates from other companies. So all the candidates in the pool don’t come from job boards or pools that we bought or something like that. It’s all the underrepresented candidates who have been prequalified by companies and got to the very last steps when they were not selected.”

Vertex Ventures Israel led the round, and this is Vertex’s first social justice startup investment. It so happened the VC firm had a female partner, Tami Bonner, who connected well with Raz.

Joonko’s recruitment solution assists companies to achieve their diversity, equity, and inclusion (DE&I) goals through its ecosystem that identifies and suggests prequalified candidates from across a range of underrepresented sectors, saving recruiters precious time on sourcing, attracting, and validating relevant candidates.

The company’s applicant pool currently consists of over 100,000 prequalified individuals from minorities and other underrepresented groups, said Raz. “We identify them as underrepresented. And they’re now in a cultivated pool that everyone gets access to and can exchange the high-quality, underrepresented talent,” she said. 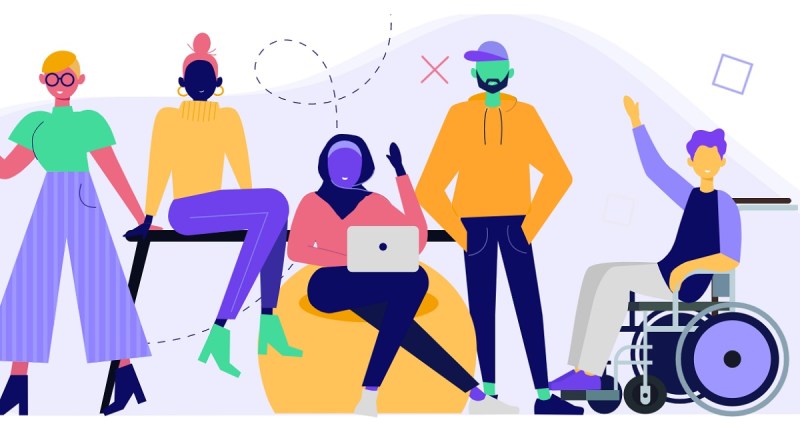 Raz spent about eight years in the Israeli Army, and then she joined a couple of startups. She was used to being the only woman at various tech companies and events, and so she was surprised when she found a meetup for professional tech women. She decided to use her technical skills to figure out a solution for improving diversity at tech companies.

“I wanted to build a company that was like a Salesforce for culture,” she said. “Diversity is a big piece of culture in a company. I wanted to find a solution that challenged me on the technical side, and to build a platform for workers to manage culture not just based on a gut feeling, but also based on data and metrics.”

As an example, it becomes easier to find an array of diverse candidates using Joonko’s platform, rather than simply assuming that because you have no applications from such candidates, they don’t exist. Joonko enables companies to exchange talent flows. And companies that share that talent flow can also get access to the database of talent.

“We see that there is no shortage of talent,” Raz said. “It’s just that most companies don’t know where to look for them.” She said Joonko can do maybe 100 to 120 placements a month for filling jobs. Now the company has expanded to have more salespeople, with about 20 at the company now.

Raz found a way to think beyond the local Israeli market that she was familiar with to focus on the problems of the broader market and the U.S. in particular. Raz said the lack of diversity in industry is a worldwide problem, while each country like the U.S. has its own unique problems. She noted that companies in the U.S. are more openly talking about the need for more talent as part of a way to succeed in business, and that makes the timing of the launch for Joonko better.

“It’s really a business issue, and the lack of openness is a problem,” she said.

Sharing candidates makes a difference too, especially after hiring has been completed, and that’s where Joonko comes in. 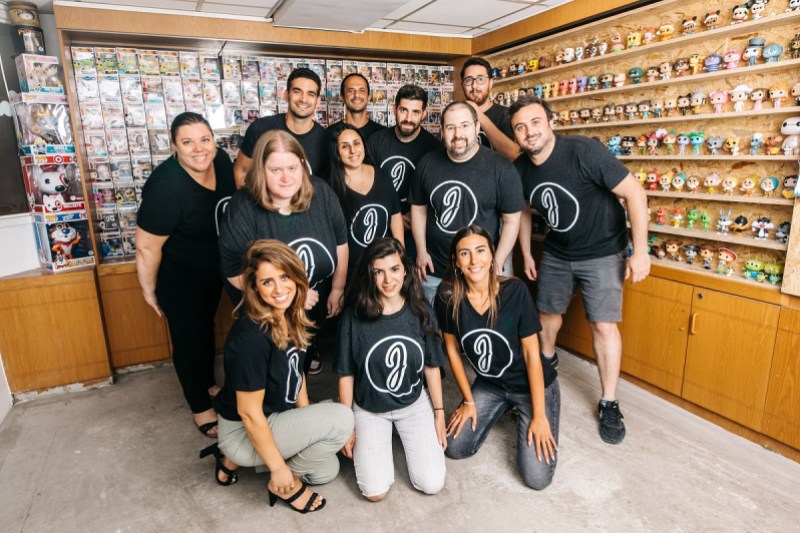 Above: That’s a diverse set of toys at Joonko.

Joonko connects with the applicant-tracking systems of partner companies to spot prequalified candidates and resurface them as recommended talent anywhere in the Joonko ecosystem, using an AI-powered algorithm to match the talent to relevant job openings.

According to Deloitte’s 2020 Human Capital Trends report, 93% of respondents believe that a sense of belonging is a key driver of organizational performance. Research from Boston Consulting Group confirms this, finding that organizations that have stronger-than-average diversity are more innovative, see more revenue from their innovations, and are overall more profitable.

Many companies, including major corporations like McDonald’s, have instituted incentive programs for diversity hiring. And yet, the tech ecosystem doesn’t seem to be making much progress when it comes to inclusion, Raz said.

Joonko’s clients include Adidas, PayPal, American Express, Regions Bank, Atlassian, and Intuit. Raz hopes to get more by spending some money on marketing.

Joonko grew its revenues by 40% quarter-on-quarter throughout 2020, and that has been fueled in part by increased awareness around social justice issues.

As public opinion drives companies to focus more on their commitments to diversity, both consumers and executives are putting pressure on HR leaders to increase representation of minorities in the workforce, with companies introducing incentives for recruitment managers who hit diversity quotas.

As I mentioned, Joonko offers a simple solution to a complex problem, and AI could very well make a difference in getting more diverse people hired at more companies.