Piper, the company behind the Raspberry Pi-powered DIY computer building kit for kids, has raised $7.6 million in a series A round of funding led by Owl Ventures, a venture capital (VC) fund set up in 2013 with a focus on edtech startups.

It’s well understood that the kids of today will need the right skills to prosper in the world of tomorrow, which is why we have seen such an uptick in startups promising to provide general coding and computing skills. Founded out of San Francisco in 2014, Piper’s first product is a computer kit that helps kids learn about electronics and programming through the Raspberry Pi Edition of Minecraft. 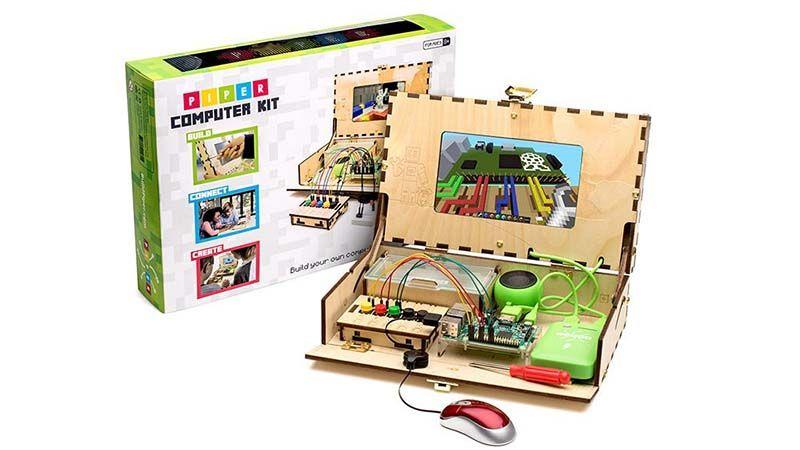 The kit itself contains many parts and components, including a Raspberry Pi computer, LCD screen, buttons, wires, buzzers, batteries, switches, and speakers.

Above: What’s in the Piper kit

The DIY makers market has emerged as big business in recent years, with the likes of Littlebits raising big bucks for its electronic building blocks platform that enables kids to make things by snapping parts together, rather than soldering. Elsewhere, both U.K.-based Kano and Raspberry Pi itself have blazed a trail in the DIY computer realm.

Piper has now raised more than $10 million in funding, and with its latest cash injection the company said that it plans “to build an expanded ecosystem of products” for children of all ages to develop their STEM (science, technology, engineering, and math) skills.

But perhaps more than that, startups such as Piper encourage kids to engage with digital technology actively rather than passively. Anyone with kids will recognize the constant family battles over various screen-based technologies, be it TVs, phones, or tablets. DIY computer kits encourage engagement with technology creatively.

“The Piper computer kit transforms the typical experience kids have with technology, giving them the power to create, versus empty, passive screen time,” explained Piper cofounder and CEO Mark Pavlyukovskyy. “We’ve seen Piper kids grow in computing and engineering skills, and in their confidence to take on all kinds of challenges. Owl Ventures has a reputation for helping education technology companies scale their businesses, which makes them the perfect partner to help battle the passive screen time consumption epidemic, as we bring Piper to more kids, both in school and at home.”

Piper said that its computer kit is currently used in more than 1,250 schools globally, 500 of which are in the U.S. Costing $300, the kits can be bought through Piper’s own online store or the usual retailers such as Amazon.