Whether Finland’s annual Polar Bear Pitching in Oulu is the world’s coolest startup contest or not, it’s certainly the coldest. Each year, organizers cut a hole in the frozen Baltic Sea, where 12 entrepreneurs wade into slightly-above-freezing water to compete.

The rules are simple: Entrepreneurs can pitch for as long as they can stay in the water.

“We have licenses and … Jesus Christ, it’s cold,” said Akseli Jylhä-Ollila, CEO and founder of Oulu-based Rat Crew Studios, as he stood chest-deep in the bracing water in front of hundreds of spectators bundled in arctic outerwear against the -10 Celsius (14 Fahrenheit) temperature.

If it all sounds a bit gimmicky, well, that’s the point. The idea started six years ago with Mia Kemppaala, when she was working in the Oulu University startup hub Business Kitchen. This northern Finnish city was going through a rough economic stretch as its largest employer, Nokia, was experiencing massive layoffs following the sale of its mobile handset business to Microsoft.

The city that bills itself as the Capital of Northern Scandinavia has a population of about 250,000. At the time, nobody was sure if its economy would withstand the blow.

“It was really pessimistic,” Kemppaala said. “But when it’s difficult times in Finland, people really come together.”

There is a Finnish word, “sisu,” that refers to the culture’s perseverance in the face of hardship. Kemppaala said Polar Bear Pitching was the result of sisu. She began thinking about how she could promote the region’s other tech assets, something that would draw on residents’ reputation for mischievous humor and could help Oulu’s startups, as well.

She said that while entrepreneurs in Oulu seemed to have great ideas, they weren’t very good at explaining them. When it occurred to her to mix in the local custom of taking icy swims, the concept for a pitch contest began to form. What better way to make someone focus their presentation and show they can deal with hardship than sticking them in near-freezing water?

“This is what’s great about Oulu,” she said. “When you have a crazy idea like this, people embrace it.”

The contest I attended was the sixth annual event. I was in Oulu this week as a guest of Business Oulu, a local association that paid for a media tour of the region’s startup and tech community.

Before the event began, we got to stroll out to the ice hole that had been cut in a section of the Baltic Sea just off the city center. 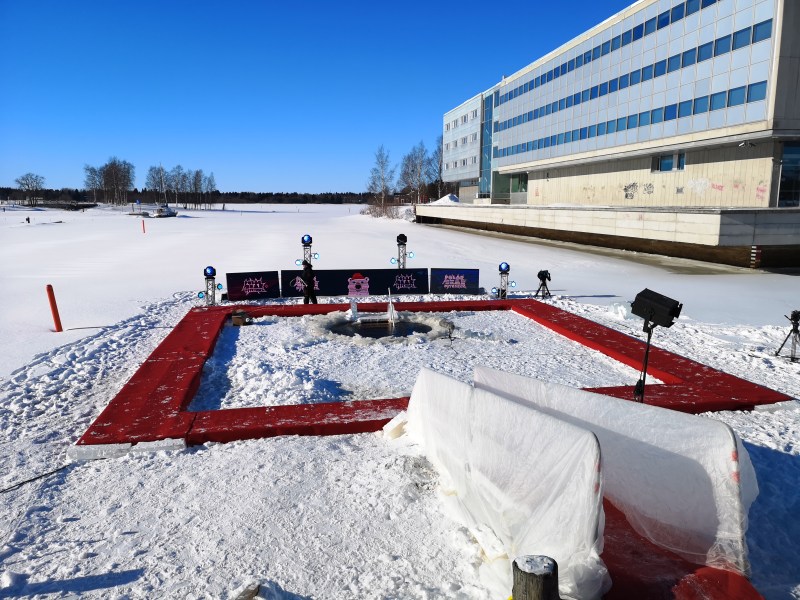 In the water is a platform that participants stand on when they descend. This is to keep them from being swept under the ice by strong currents and sucked all the way to Sweden. A team of trained emergency divers is stationed nearby during the event — bringing a few more fun thoughts to mind as you stand in the icy water pitching your startup. 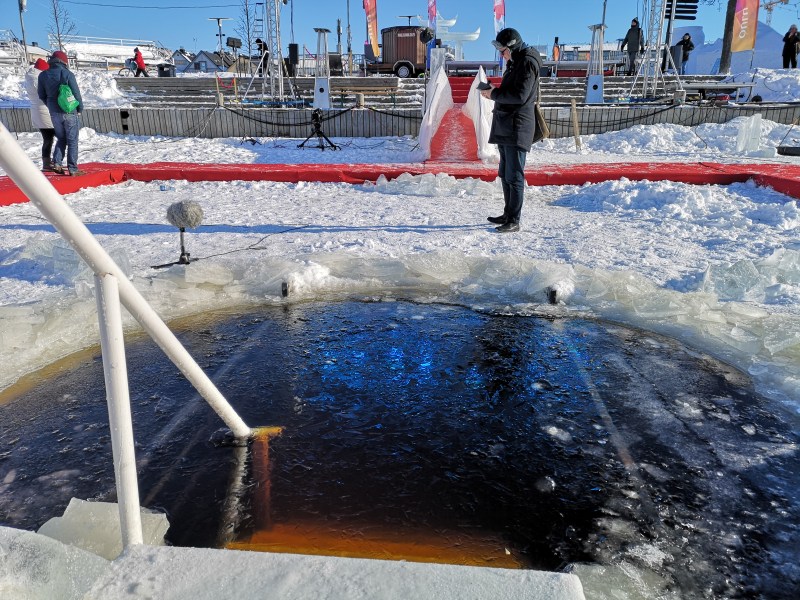 When we returned in the evening as the sun was going down, the temperatures were plunging and the wind was starting to gust. 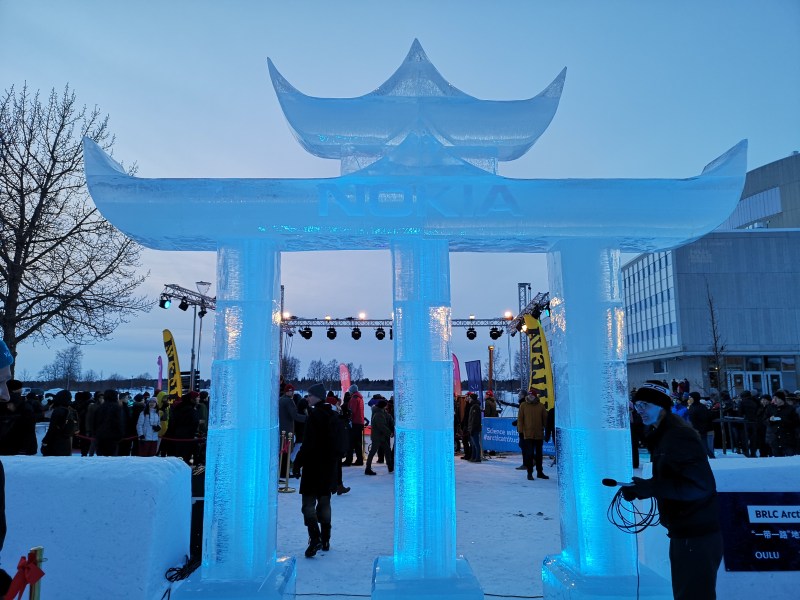 The event drew a pretty wide local audience, crammed into various corners to get a glimpse of the contest. 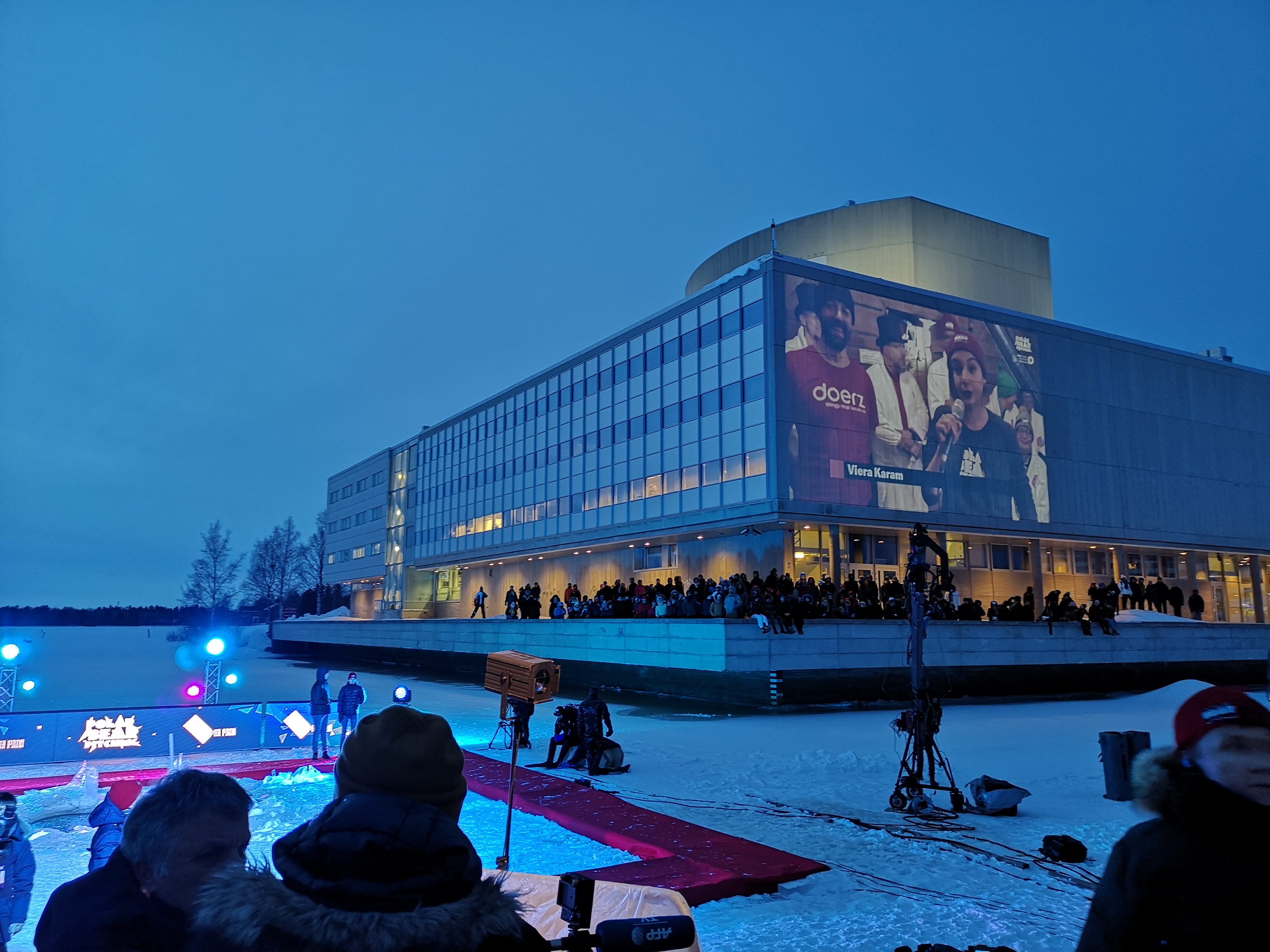 The 12 pitching contestants were:

One after another, they plunged into the water, lasting anywhere from 90 seconds to about 4 minutes. 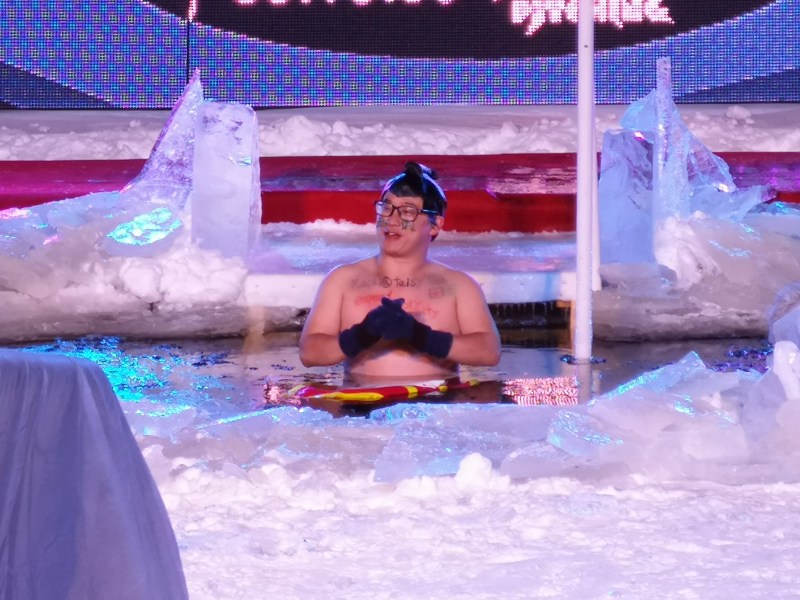 After those torturous few minutes, contestants scrambled out of the water and waddled to the main stage, where a well-deserved hot tub awaited. 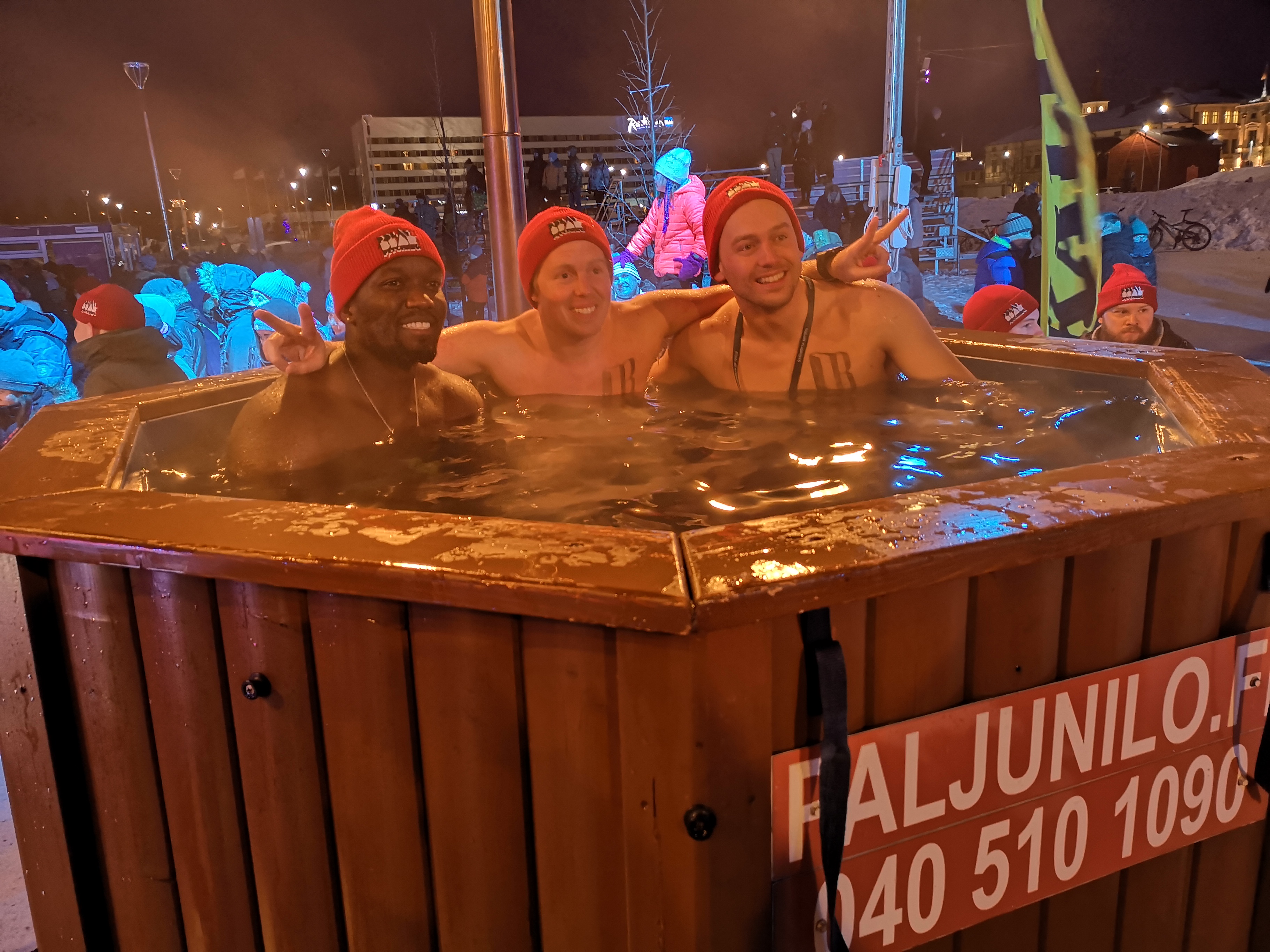 The panel of judges ultimately awarded top prize to Bookis. Here is their pitch, which is worth watching until the end for a special, um, reveal. 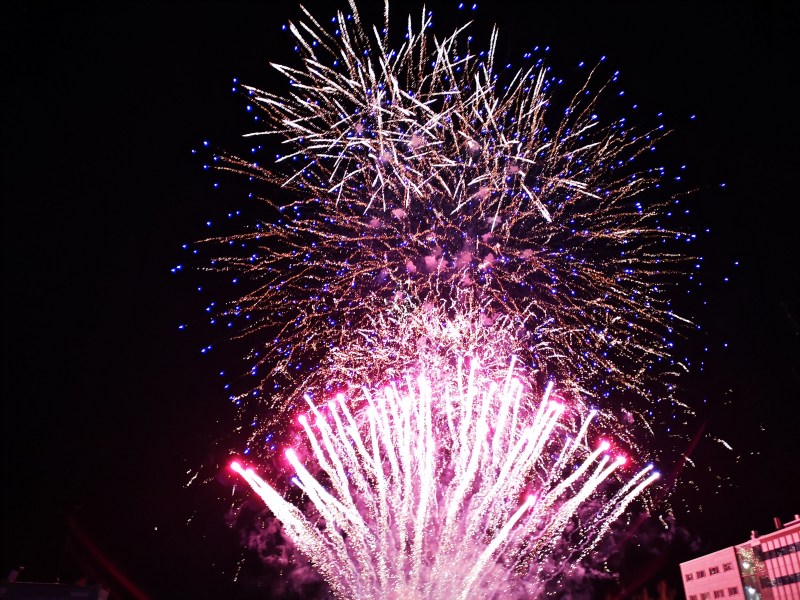 By the time the event ended around 9 p.m. local time, just about everyone’s tolerance for the extreme cold had been fully tested. Despite wearing heavy boots and an arctic jumpsuit, I had started to lose a bit of feeling in my extremities. On the other hand, as startup pitches go, it will be tough for anyone to top this next time I am sitting in a warm, cozy auditorium with a parade of entrepreneurs trying to catch my attention.

(Disclosure: Business Oulu paid for VentureBeat’s travel and accommodation as part of a media tour of the city’s tech and startup ecosystem. Our coverage remains objective.)