Last June I wrote about Portugal’s thriving scaleup ecosystem, which is growing twice as fast as the European average. Since then, I’ve actually relocated my VR startup to Portugal and so have an even better view of the ecosystem now.

I wrote last year about how the country’s capital, Lisbon, successfully turned its economic troubles into an opportunity to reinvent itself as a European hub for creative and tech startups. Scores of accelerators, incubators, coworking spaces, and repurposed structures have popped up as a result. And that trend appears only to be accelerating.

In fact, these repurposed structures are now taking center stage, particularly because their scale and scope are playing an increasingly significant role in helping to position cities as attractive hubs for international and local startups to hang their hats.

In Portugal’s case, these are typically old, abandoned, and derelict buildings that have lost their way with the passage of time but that now have new purpose thanks to the startup bug that the whole country has caught. More often than not the repurposing of these buildings has resulted in immediate job creation, but it has also triggered a butterfly effect of urban revitalization that progressively uplifts entire neighborhoods, districts, and inevitably the city and country at large.

National and local government agencies now see every underdeveloped area or decaying building as a potential opportunity for economic improvement. And the biggest project on the list is a 20-building complex of factories in Lisbon’s Beato district, a once iconic industrial zone on the Tagus river. The neigborhood is already on the rise, with a growing community of creative businesses and a craft beer scene. But the factory complex, formerly tasked with producing food for the Portuguese army, is being remade into a mega campus for startups. At 35,000 square meters in its first phase alone, the hub will rival Station F in Paris. The second phase will up that figure to 100,000 square meters.

They’re calling it the Hub Criativo do Beato, or the Beato Creative Hub. [Full discosure: I have no involvement with the Beato project.] 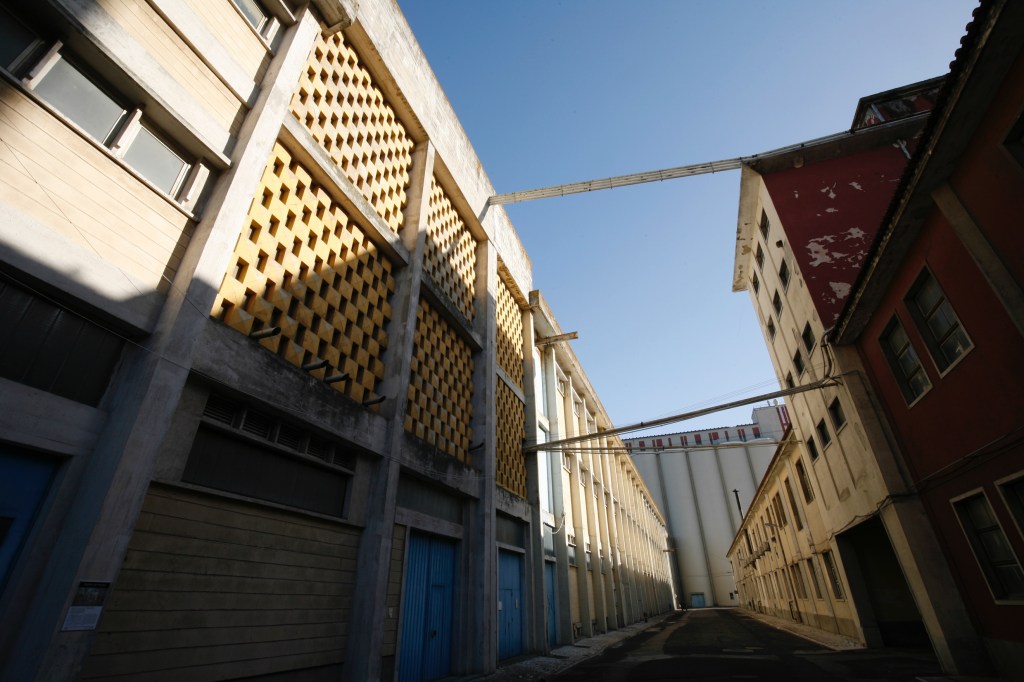 Above: Factory at the Hub Criativo do Beato (photo credit: Martin Dobbeck)

The city of Lisbon is well acquainted with how effective rehabilitation projects of this sort can be, especially when the renovation keeps the soul of the structure intact by respectfully blending its historical aspects with its modern mission. There are precedents like the LX Factory in the district of Alcântara, a former fabric factory that was left neglected and forgotten until after the recession when the area became an ideal locale for creative types.

“We believe that the Hub Criativo do Beato, where we want the most innovative and creative projects to be established, can contribute in a decisive way to the revitalization of this important neighborhood that is in need of a new social and economic boost,” Miguel Fontes, CEO of Startup Lisboa, told me via email.

“We estimate that HCB can be responsible for the creation of more than 3,000 jobs,” Fontes said.

The mammoth venture includes an initial partnership between the Lisbon Municipality, Startup Lisboa, and Berlin-based hub-builder Factory, which will unveil its own 11,000 square meter building as part of the project by late 2018. The team at Factory, which plans to invest €5-10 million ($5.85-11.7 million) in the project, knows well the impact that the latest hub could have on the surrounding area. It has built out a number of similar projects on properties in Berlin, a city that shares some parallels with Lisbon’s journey. 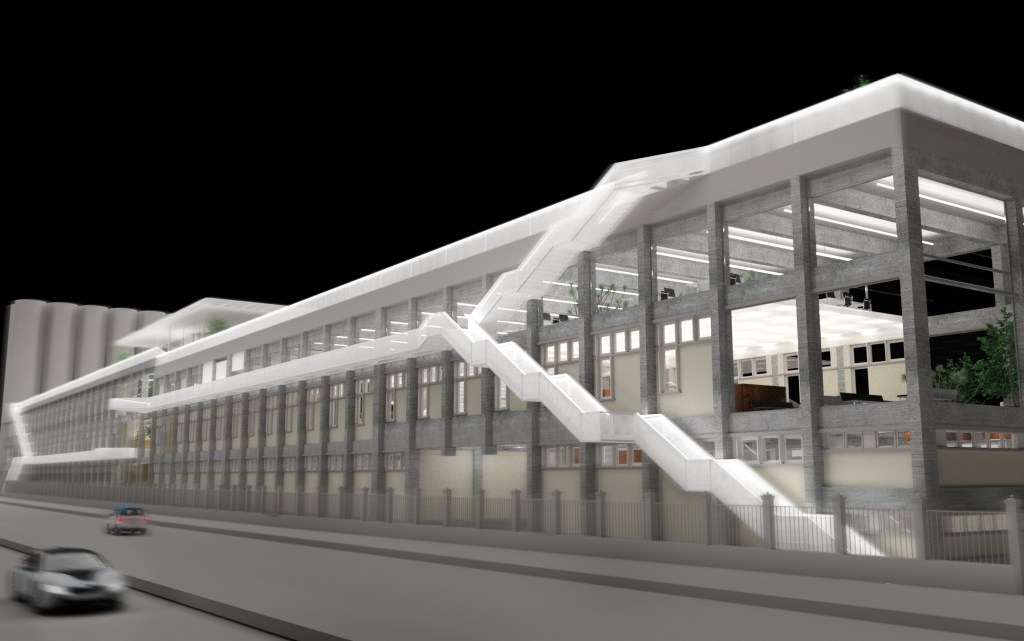 Above: External rendering of factory at the Hub Criativo do Beato (Image credit: Julian Breinersdorfer)

“We’ve watched our first two campuses serve as a catalyst for the neighborhoods around them. Each have been previously unoccupied buildings (often derelict and hideous to be honest!) that we filled with innovative startups, tech companies, creatives, and freelancers. So, essentially what you are doing is bringing 500+ international, forward-thinking individuals to a neighborhood, all of whom choose to go out to lunch, grab a coffee or a quick snack at a convenient store, and even potentially they are choosing to live nearby,” Jeremy Bamberg, Head of Internationalization at Factory, told me.

It became glaringly obvious during my call with Bamberg (who happens to be an Ashoka fellow if that suggests anything) that he and his team are deeply committed to making a wider social and urban impact than refurbishing and repurposing buildings.

“That’s of course a lot of responsibility on us as a concept, but I do believe it should be our jobs to make sure we get the right-minded people into the building and then build initiatives that go beyond closed techies meetups, conferences, and beer and pizza. What about coding lessons for kids in the district, tours of the neighborhood, trips to the existing businesses or breweries that have been in the neighborhood for years, etc. It’s, of course, a collective effort, but we [Factory] hope to play a large role in it. And I think for us we will learn a lot from this phase and hope to implement our learnings in other cities,” he told me.

Above: Internal rendering of factory at the Hub Criativo do Beato (Image credit: Julian Breinersdorfer)

The word on the street is that Factory, which will be the main startup and tech office in the entire project, is currently in talks with potential tenants like the Web Summit, which relocated its massive tech conference to Lisbon last year, and Mercedes-Benz, which opened its Digital Delivery Hub in the city last May. Other players at the Hub Criativo de Beato have yet to be announced, although we do know that Portuguese beer brand Super Bock will be opening an event space and microbrewery to help get the party started.

Amir-Esmaeil Bozorgzadeh is founder of Virtuleap, a sandbox for developers to showcase their VR concepts and host of the WebVR Hackathon. He is also the European Partner at Edoramedia, a games publisher and digital agency with its headquarters in Dubai.