If you’ve ever tried to hail an Uber in the midst of a major sports event or during a torrential downpour, you may have noticed that the price you’re quoted is higher than normal. That’s all down to surge pricing, a mechanism that Uber has long employed to manage supply — and, yes, charge more money — when demand is high.

Oftentimes, it is hard to know when surge pricing will kick in. Uber itself will probably not know a lot of the time, it just automatically reacts when it detects a higher-than-normal request for rides from a particular area. Drivers nearby can also receive notifications when there is a surge area within 10 miles so they can drive to support the cause (and get paid more).

But one stealth company has been setting out to help companies such as Uber predict much further in advance when there is likely to be big demand for their services.

New Zealand-based PredictHQ essentially aggregates datasets from myriad sources related to events covering public holidays, observances, concerts, festivals, and more. The company then throws in other “hard to find data” that it manually curates itself, as well as its own proprietary data, and bundles all of this into a single API which it licenses to companies including Uber, Domino’s, and Booking.com. 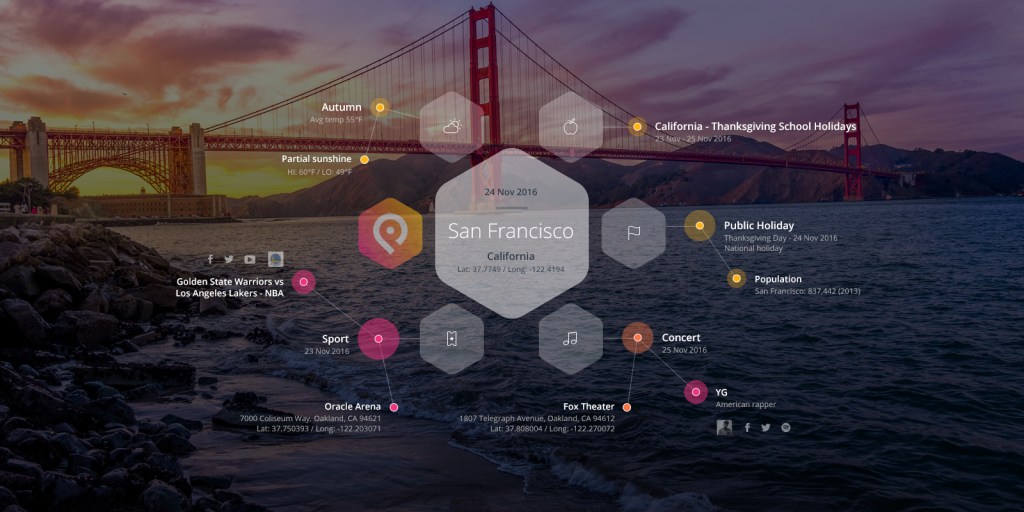 Above: Visualization of the PredictHQ platform

The company wouldn’t disclose to VentureBeat which sources it uses exactly, but it did say that it ranges from commercial databases and validated open databases to “partner enrichment,” media outlets, and user-generated datasets.

“Events have a huge impact on businesses — they just don’t often realize it,” PredictHQ cofounder and CEO Campbell Brown told VentureBeat. “We empower businesses to know the catalysts of demand before they happen, so they’re not left scrambling to keep up with demand when the crowds hit.”

Citing one example, Brown said that the American Society of Hematology brings more than 25,000 people to a different U.S. city every year (it’s in San Diego next month, folks) for an exposition, which can put a great deal of pressure on local services without the proper preparations in place. Throw into the mix a major rock concert that just happens to coincide with it in the same area, and there could be real resource issues locally.

“Most people don’t even know that event [American Society of Hematology] exists, or the fact that Fleetwood Mac or a gem fair exposition are compounding the estimated 40 percent increase in demand, let alone what kind of impact it will have on travel, tourism, logistics, and hospitality in its city each year,” Brown added. “It’s impossible to prepare for huge spikes in demand you don’t see coming, but with event intelligence you can. If you run a food chain, you can ensure you’ve ordered enough ingredients to cope, or if you’re Uber, you can proactively get more cars out on the roads so you can improve pick-up times.”

Founded out of Auckland in 2015, PredictHQ officially launches out of stealth today, and revealed that it has raised $10 million in a series A round of funding led by Aspect Ventures, with participation from Lightspeed Venture Partners, Rampersand VC, and AddVenture Fund. Prior to now, the company had raised around $2 million (NZD), which is roughly around $1.4 million (USD).

Additionally, PredictHQ is upping sticks and relocating company HQ from New Zealand to San Francisco as it looks to double down on the U.S. market. In fact, one of the reasons that PredictHQ was able to secure its inaugural U.S.-based investment was that CEO Brown was willing to move his company and family to the U.S.

“We started PredictHQ because we realized that travel businesses can benefit from understanding the catalysts of human movement,” Brown said. “But we soon realized that the potential opportunity for event data intelligence goes beyond travel and one specific industry. This set us on a path to evolve from being a data intelligence feed into a new form of intelligence that can help businesses understand the needs of their customers. We plan to build up our international presence, hire a skilled team both in the U.S. and in New Zealand, and help businesses in all industries use event data as a form of intelligence.” 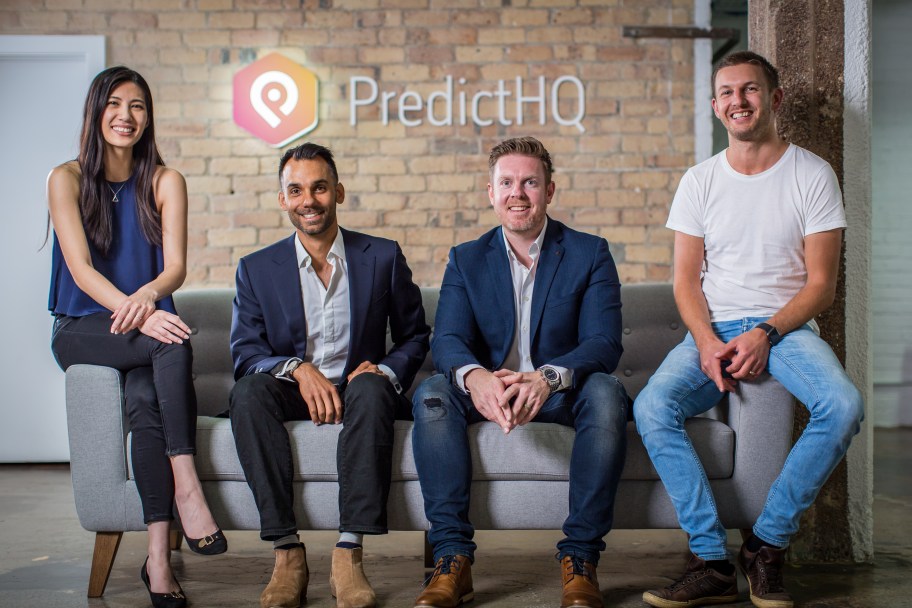 At the beginning, the bulk of PredictHQ’s employees will still be based in New Zealand, though the company anticipates this changing over time — particularly when it opens a new European office at some point in the future.

“For too long, businesses have lacked the ability to truly understand how the movement of people across the world impacts revenue, product usage, supply chain and operations,” said Aspect Ventures’ cofounder Theresia Gouw, who now joins PredictHQ’s board of directors. “PredictHQ solves this problem.”

With PredictHQ, Booking.com can “optimize its pricing” for hotel rooms based on events that it knows are coming up in an area, though another way of looking at that is that it will allow Booking.com to take advantage and charge more. The same goes for Uber, of course. But for a company such as Domino’s, the data can be massively helpful in terms of knowing how many drivers to have on-shift at a certain time, or how much ingredients it should allocate to a particular outlet.

Ultimately, it’s all about better understanding the supply chain, and this could potentially be used by all manner of companies, from airlines and food and drink multinationals, to clothing retailers.

“Any company selling a tangible good or service — from transportation to soft drinks to computer hardware — needs to optimize their supply chain and understand their demand,” added Lightspeed Venture Partners partner Arif Janmohamed. “With PredictHQ, those companies now have access to the necessary data to do just that.”