Livescribe has actually had licensing partnerships with Anoto since it was founded back in 2008.

Anoto, meanwhile, says its mission is to enable “fast and reliable transmission of handwriting into a digital format… through a global partner network that delivers user-friendly digital-writing solutions for efficient capture, transmission, distribution, and storage of data.”

Its technology can be used in a wide range of ways, from “capturing and digitizing handwritten notes and business forms on paper to designing, creating and collaborating directly on large interactive displays, whiteboards, and walls up to 24 feet.” 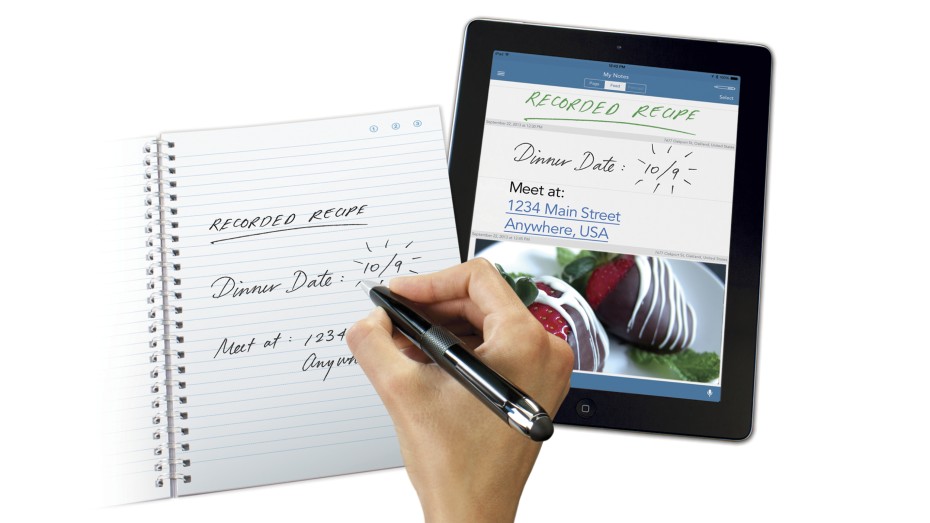 Above: The Livescribe 3 smartpen being used with an iPad

That seems to open up obvious synergies in terms of what Livescribe is already doing with its own popular product range (check out the Echo and Livescribe 3 smartpens), and makes it a natural acquisition target for Anoto. Livescribe raised $39 million two years after it was founded, and has since gone on to raise further rounds.

The deal is expected to close by the end of this month, though the proposed acquisition amount has not been disclosed. Anoto’s chief executive, Stein Revelsby, said the two companies are “already working on a new range of products to be launched in Livescribe’s sales channels in 2016.”

Grabbing all of Livescribe’s intellectual property will help Anoto compete in an increasingly crowded space –even Apple is trying to break in with its new Apple Pen, which launched alongside the iPad Pro this year. And Apple is also envisioning that its smartpen will be used in industries like healthcare and education — in conjunction with its largest iPad, of course.