In 2012, the Wall Street Journal and Citi announced their finalists for the most innovative “City of the Year” contest: New York, Tel Aviv, and a surprising third selection, Medellin, Colombia.

The city of Medellin, which Time Magazine 20 years ago referred to as the “coke capital of the world” and 10 years ago had a homicide rate 12 times that of Chicago, was selected as the winner.

Unbeknownst to many, the country of Colombia is positioning itself as the Silicon Valley of Latin America, vying against Chile and Brazil for this title. In a country where bloodshed once occurred regularly, new businesses now flourish, including a burgeoning tech scene.

“There is no doubt that in recent years entrepreneurship in Colombia has multiplied. Government and private initiatives have greatly accelerated this, and we continue to see Colombian technology companies receiving attention,” Colombian serial entrepreneur Alex Torrenegra told me.

The increased Latin American interest in attracting startups and funding venture capital funds comes at a time when investors are optimistic about the prospects of developing economies. 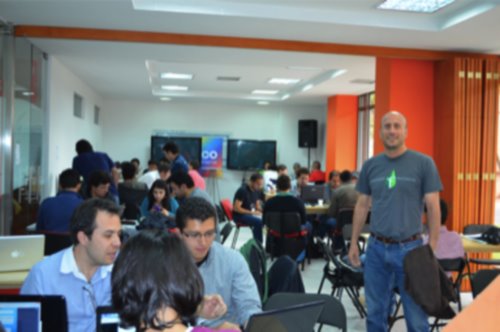 The competition to pioneer innovation among nations and attract entrepreneurs is important is because, as writer Vivek Wadhwa found in his study, 52% of companies in Silicon Valley were founded by foreigners.

The countries in Latin America which attract international entrepreneurs will hold competitive advantages. Governments from Colombia, Chile, and Brazil understand this: Technology and entrepreneurship, if it is fostered, will lead to positive change. Yet today, each of these countries provides both promise and drawbacks.

In Chile, its 2010 start-up program has already attracted hundreds of foreign start-ups who were awarded a $40,000 development grant. Brazil started a similar program earlier this year, promising startup companies investments up to almost $100,000 over the course of a year. Colombia, which is the world’s third largest Spanish-speaking economy after the US and Mexico, has taken a different approach than Chile and Brazil.

Giving grants to foreigners has been a divisive topic in Colombia, particularly after stories emerged from Chile about young entrepreneurs using the government grants for leisure rather than developing their business plans.

“Instead, Colombia has invested in venture capital, providing the necessary capital for startups to further develop their businesses,” said Colombo-American investor and former VentureBeat writer Alan Colmenares in an interview, who decided to set up shop in Bogota to develop his venture firm Tayrona Ventures. 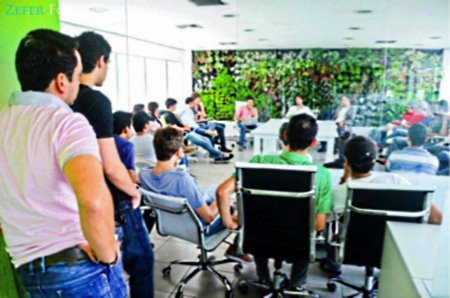 Above: Entrepreneur Alex Torrenegra giving a presentation in Medellin, Colombia

With Chile, the advantage comes from the country’s first-mover advantage obtained through its Start-Up Chile program. Start-Up Chile has gained impressive international recognition, with features in Forbes and The Economist, among others.

Counterpointing this recognition is the percentage of entrepreneurs who graduate from the program and leave the country, which remains very high. “Start-Up Chile has done a great job attracting participants to its program, and entrepreneurs and investors to Santiago. Unfortunately, the majority of participants I know only stay for the six months of the program,” said Start-Up Chile graduate and Edmond founder Jeff Thelen in a phone interview.

In Brazil, entrepreneurs are attracted to the country because of the size of its market. Brazil’s land mass is equal to the continental US, and it boasts a population of over 200 million.

This has not gone unnoticed by investors, and today the number of Venture Capital in Brazil dwarfs that of neighbor nations. Brazil, at the same time, houses a more protectionist state, in part because its large market provides it more leverage to make its own guidelines.

With Colombia, the nation’s promise stems from its market and relationship with the US. Many do not realize that Colombia boasts a population larger than that of Spain. 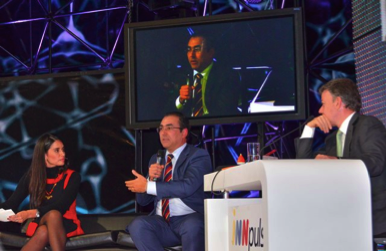 Colombia appears to have taken a more international approach to entrepreneurship than Brazil and is promoting the export of technological products and services.

The country itself can take advantages of its strategic location in the hemisphere, being only three hours away from Miami and at the point where Central and South America come together. Additionally, the timezone the country falls in is the same as that of New York.

This approach initially opens access to a market of 53 million Hispanics in the U.S., which according to The Financial Times have a spending power of $1.2 trillion dollars.

A case for Colombia

Despite Colombia’s relative inexperience in technology, there are advantages drawing investors to the country.

iNNpulsa, a government body that promotes entrepreneurship and innovation in the country, provides roughly $150,000 USD grants to startups, in addition to other services it and institutions like Apps.co provide. Co-working spaces including Espacio, HubBOG, and Atom House have arisen to serve as communities for startups large and small.

One thing many witness in Colombia’s ecosystem is that the country’s most accomplished entrepreneurs give back. Entrepreneurs including Alex Torrenegra, founder of VoiceBunny, and Andres Barreto, founder of Grooveshark and OnSwipe, go out of their way to mentor the next generation of entrepreneurs.

One company pioneering entrepreneurship in Colombia is .CO Internet, which is the registry operator for the .CO top-level domain. 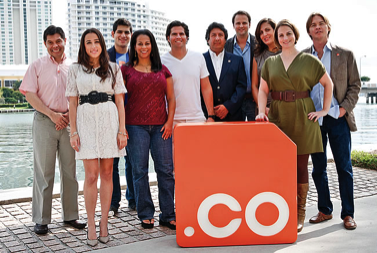 Above: The .CO Internet team

Alongside the road connecting Medellin’s downtown area with its poorest slums, where Pablo Escobar recruited his men now stands a modern building, Ruta N, dedicated to innovation and to stimulating the local and foreign businesses that settle in the city.

Opportunities for entrepreneurship exist throughout the world, and today the most developed ecosystem belongs to Silicon Valley, followed arguably by New York.

For entrepreneurs looking for the largest amount of venture capital activity, it is hard to disagree with the prospects of North America.

However, many would argue it is not the responsibility of entrepreneurs and investors to look at the world today, but rather to dream and imagine that of which will come tomorrow.

Today, entrepreneurship continues to advance in Colombia. Initiatives such as the city of Medellin’s $389M commitment to innovation, .CO’s investment into entrepreneurial developments, and Colombia Report’s new Tech section to cover the growing startup scene highlight this.

Over the past two decades, Colombia has transformed itself from one of the most dangerous countries in the world into a steadily growing center of innovation and internationalization.

We believe that this desire to develop, combined with its untapped potential, will propel the country forward, and that Colombia’s best days lie ahead of it.

Both Chile and Brazil provide world-class opportunities for entrepreneurs. However, our bet is on Colombia to become the Silicon Valley of Latin America.