Retraining is often held up as a salve for those laid off when factories close, stores shutter, or businesses pick up and move overseas. But what if job training was treated not as an event, as in teaching coal miners to code, but rather as a critical, ongoing part of keeping a local workforce employed, one that could lessen the need to retrain fired workers for entirely new careers?

Udacity CEO Vishal Makhijani says this challenge has arrived at a critical moment for the U.S. economy. “The core hypothesis we have as a company is that society has to embrace lifelong learning,” Makhijani told VentureBeat, describing how his company has partnered with the burgeoning tech community of Reno, Nevada, and how it’s a test case for potential partnerships with other cities.

“I think we have to try not to say ‘How do we save 3,000 driving jobs?’ We say ‘How do we train people to do the next job?'” said Makhijani, who spoke today at a VentureBeat gathering to launch our Heartland Tech channel and upcoming Blueprint event. Makhijani appeared onstage with Brad Stone, senior executive editor at Bloomberg. The gathering was part of VentureBeat’s editorial initiative to explore the economic and tech divide between Silicon Valley and the rest of America.

“We can educate folks with these skills for $2,500 a pop. We don’t have to spend $50-60,000 or $70,000 a year to do that, and if you think about duplicating that model in a bunch of different categories, we can do this. This is not about the classic cost structure,” Makhijani said.

Known as “The Biggest Little City in the World,” Reno has been staging an economic turnaround of outsized proportions, slashing its 14 percent unemployment rate of five years ago to 3.9 percent as of this April. Last month, the city and the online learning company launched Udacity Connect: Reno-Tahoe, which offers a three-month, part-time full stack web developer Nanodegree or certificate. The program involves online classes, as well as in-person collaboration for projects and mentoring, and is specifically designed to prepare graduates for employment. Local hiring partners include Bombora, Cycle, No-IP, Renown Health, and Convergence Health. Nearly 30 students have enrolled in the full stack web developer course, which begins this weekend, according to Udacity. More groups will be added to the full stack course, as well as future Connect programs related to AI, machine learning, and robotics.

“We saw an opportunity with what Reno is doing around its future by investing in its own lifelong learning,” Makhijani told VentureBeat when we caught up with him before the launch event to better understand the company’s role in bringing tech jobs to the heartland. The Udacity CEO cited the local economic development group EDAWN, as well as the region’s ability to attract tech companies like Google, Apple, and Switch, and advanced manufacturing from the likes of Tesla, with its Gigafactory. 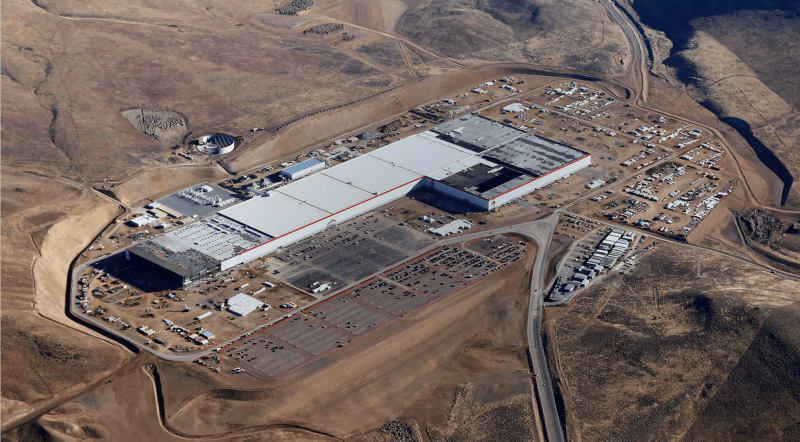 Above: An aerial view of Tesla’s gigafactory in January 2017.

While Reno may not commonly be thought of as part of the American heartland, it has confronted many of the same economic issues as a so-called rustbelt town like say, Youngstown, Ohio, which was once dependent on steel. Reno’s economy has historically had strong ties to gaming, entertainment, and tourism, and it’s now betting on a more diverse future with tech.

“It’s going to be an interesting step for Udacity as we learn about what type of city, what size of market works best,” Makhijani said, explaining that his company is looking to determine the ideal profile for future locales based on population, an economic mix of tech and non-tech, infrastructure, and what he called “receptivity” from local leaders.

More than 10,000 students have graduated from Udacity’s Nanodegree programs since they launched in 2014, and more than 1,000 participants have found jobs, up from 350 in March 2016. A company spokesperson explained that many Nanodegree participants are already employed and take the courses for continuing education purposes. While Nanodegrees are paid course offerings, the company says that more than 5 million students have enrolled in its free courses. 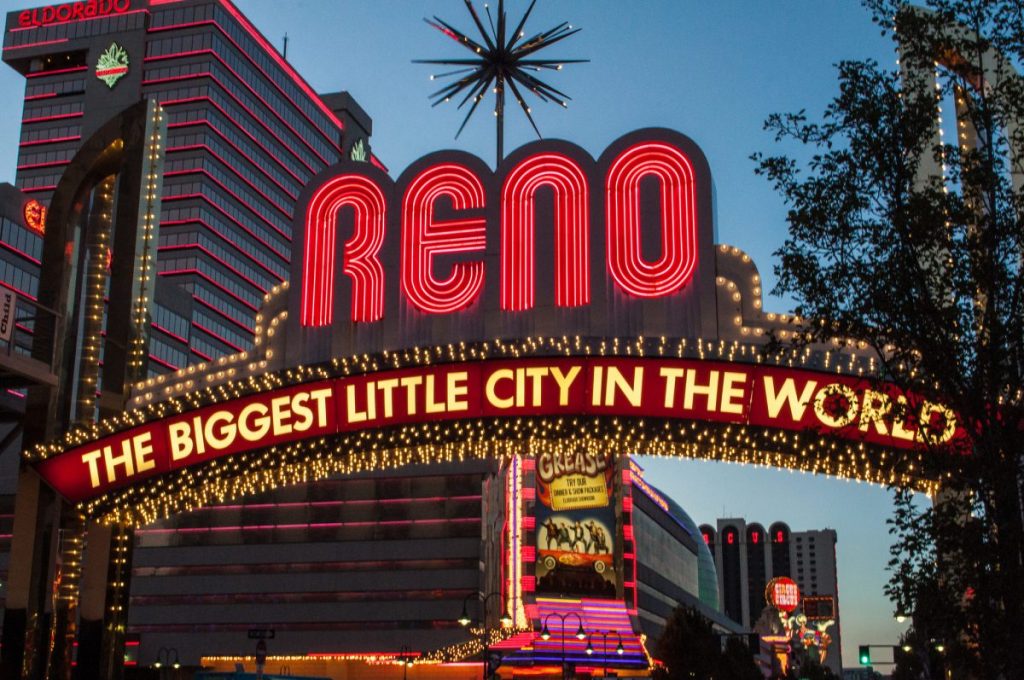 Above: Reno, Nevada is nicknamed “The Biggest Little City in the World.”

Udacity Connect: Reno-Tahoe is another example of an innovative private-public partnership. Makhijani admits that his company was “somewhat wary” of the idea at first, citing Silicon Valley’s traditional concerns about government groups being too bureaucratic and slow-moving. Aside from the local hiring and community partners, the program was created with help from a broad swath of tech companies, including Amazon Web Services, AT&T, GitHub, and Google. “It’s been a great development as far as we’re concerned,” he said, adding that now they’re considering a possible expansion.

Already Udacity is in talks with a number of other, undisclosed cities. “It’s an area we’re very excited about,” Makhijani said. “We’d love to see a model develop where we can go from city to city.”

Three months from now, the ability of the initial 30 students enrolled in the full web stack developer program to find local jobs will be a critical data point for this project — and also an important one for the larger conversation about creating more tech jobs outside of Silicon Valley or Boston and New York. “Reno has demonstrated that this isn’t just a coastal thing,” Makhijani said. “It can happen anywhere. The desire and will just have to be there.”

Updated June 16, 2017: A Udacity spokesperson explained that many Nanodegree participants are already employed and take the courses for continuing education purposes. Further, the spokesperson corrected her statement about the launch of Nanodegrees. The program began in 2014. The article has been updated with this additional information.