Outbrain, which provides recommended web links at the bottom of news stories, raised $160 million at a $1.25 billion valuation in its initial public offering today.

The New York-based company sold 8 million shares of common stock on Nasdaq at $20 a share, and the price rose above that during the first day of trading to $20.99 and sank back down to close at $20.15 a share by the end of the day. It is trading under the stock symbol “OB.”

Outbrain is the widget at the bottom of news stories — such as those on CNN — that recommends other links for you to click on. Some have called this clickbait, but the company notes that it is highly successful and many people voluntarily click on the recommendations for other stories Outbrain makes. Advertisers can add their advertising, and Outbrain shares part of that revenue.

“So much that has changed and evolved, as we started before mobile even existed in a real way,” said Yaron Galai, co-CEO of Outbrain, in an interview with VentureBeat. “The thing I’m proud of most is the vision for this market has remained remarkably consistent. And that was to solve two things. First, the user experience for people to help them discover what’s next. And the second is to create a sustainable source of revenue for media owners, for publishers and newspapers.” 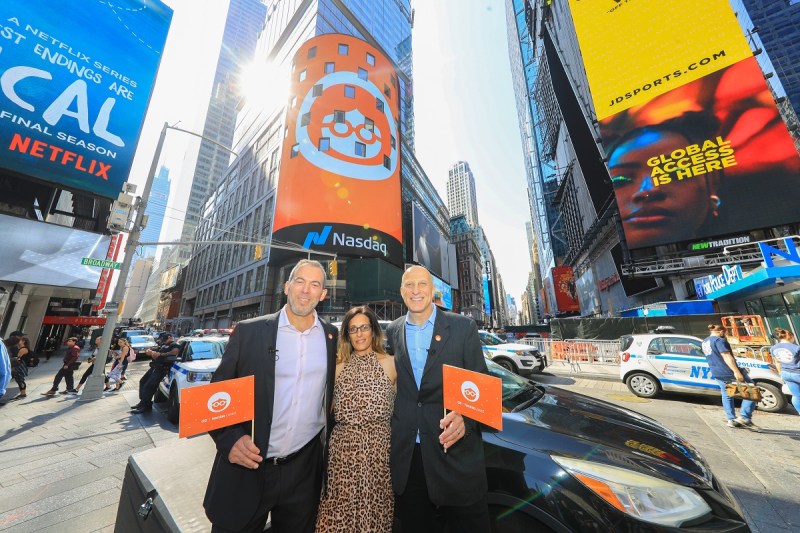 Galai started the company out of his frustrations as a consumer.

“Today, we serve today over a billion unique users every month who find value with our services,” he said. “The introduction of mobile was huge for Outbrain. The user experience of a newsfeed has become a natural kind of experience on the mobile phone, where people on social networks and places like that are just used to thumbing through a personalized feed of recommendations.”

It’s been a long road since the company started in 2006 and launched with its first publisher in 2008. That’s when VentureBeat’s Matt Marshall first wrote about the company. It was in the days before the huge opportunities on the iPhone, but now 66% of all revenue comes from mobile.

In the first quarter ended March 31, the company reported net income of $11 million (up 20%) and adjusted EBITDA (up 34%, earnings before interest, taxes, depreciation, and amortization) on revenues of $228 million (up 29%).

Outbrain made five acquisitions over the years to get where it is today. The company has 300 people in two research and development centers in Israel and Slovenia, with 900 employees worldwide.

“They figure out new algorithms to make the recommendations smarter for us,” Galai said. “The results we see in the growth of the company generating a run rate of about a billion dollars in revenue is all based on engagement. Advertisers only pay us for actual engaged consumers. And so the growth is proof of that.”

The company has been profitable for a couple of years, and EBITDA profitability has been accelerating.

“It’s gotten much more intelligent than where we were 15 years ago when we started the space,” Galai said. 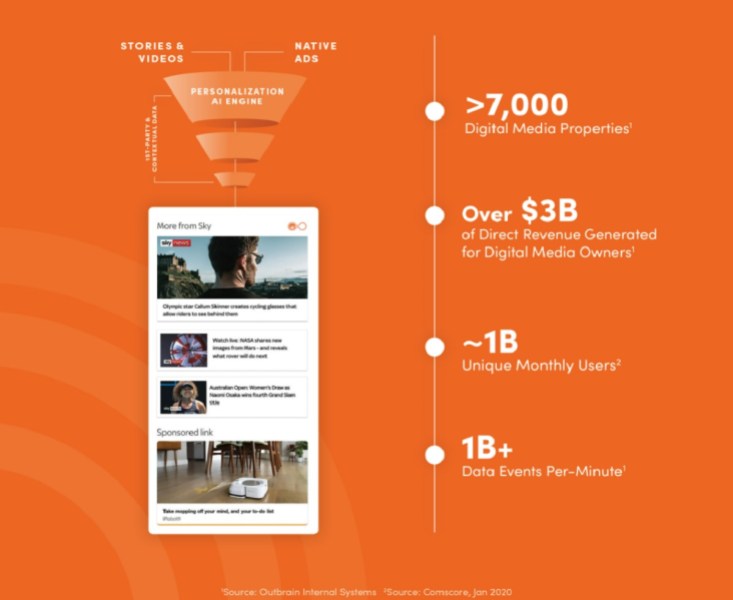 As for criticisms alleging it is clickbait, Galai said that view is pretty judgmental, considering people enjoy the recommendations and consume them.

“What’s quality for me is different from the magazines that my wife loves,” Galai said. “What’s really important is to personalize and provide useful recommendations for each individual user.”

While better data helps with the algorithms, Galai said that Outbrain is a strong supporter of consumer privacy and the company was an early adopter of regulations such as General Data Protection Regulation (GDPR).

“We apply that globally and not just in Europe,” Galai said. “We are strong supporters of consumers having control of how their data is used.”

“What really excites us is the next five or 10 years,” Galai said.

It’s nice to see companies we covered in their infancy make it to the IPO stage.