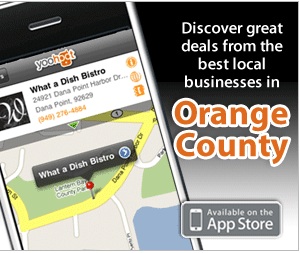 A startup called DesignPax says that it’s creating a new way for small businesses to work with designers — and now it’s bringing that model to ad retargeting companies AdRoll and Retargeter.

Chief executive and co-founder Ayal Ebert compared the DesignPax model to LegalZoom, a site that simplifies the process of creating legal documents. DesignPax customers submit their order and any relevant media (such as the company logo) on the DesignPax site, receive their designs within 48 or 72 hours (depending on the product), then request revisions as necessary. There are different pricing packages, starting at $49 for a banner ad, and customers get up to three free revisions.

Ebert said he used to work at Advertising.com, and he started DesignPax because he saw that creating ads with traditional designers was too inefficient and expensive for many businesses. The New York City company is faster and cheaper because it uses a self-serve model and because its designers are overseas, mainly in Israel and Argentina. At the same time, he said DesignPax delivers higher quality results than a crowdsourced design service like 99designs or Crowdspring (he said the fact that only one design gets chosen and only one designer gets paid affects the quality of work on those sites) or an ad-creation service that uses templates, such as Google Ad Builder.

With the new partnerships, businesses that want to create ads through AdRoll and Retargeter can hire Ebert’s company to handle the design. Right now, Ebert estimated that 40 percent of his customers are small businesses that work with DesignPax directly, 40 percent come in through various ad company partners, and 20 percent are small ad agencies. He predicted that ad network partnerships will become increasingly important to DesignPax, especially once the company releases its “white label” product that allows ad networks to offer DesignPax services under their own branding.

You can see a sample DesignPax ad at the top of this post, and there are more samples on the company’s website.