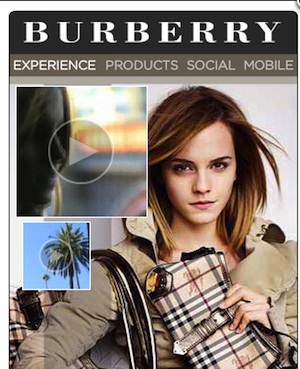 It has been a year of big changes at startup Widgetbox, according to chief executive Will Price, and the company just announced a new name to reflect those changes — it’s now called Flite.

The idea is that Widgetbox is no longer focused on providing tools to build online widgets. Instead, it launched an ad-building product a year ago at the DEMO conference co-produced by VentureBeat, and Price said the ad side has been taking off.

Price called Flite’s technology “cloud-based advertising.” Now, my kneejerk response was to roll my eyes (companies seem to slap the word “cloud” on to any concept nowadays), but Price argued that the there’s a distinction between what Flite offers and your standard displaying advertising. Flite cloud ads don’t just look good, they’re also interactive and include features like the most up-to-date content from advertisers and integration with social networking tools.

“What we’re really talking about are ads that are miniaturized Web pages, with all the functions that you can support,” Price said. “When an ad loads, it’s essentially a blank shell, and it can query an API or other user agents and ask, ‘Do you have anything new for me?'”

Publishing partners like LinkedIn, Forbes, and Yahoo have signed up to use Flite’s technology. One of the company’s big advantages, Price said, is that its customers can create customized units that they can offer to advertisers as something unique. At the same time, with Flite’s technology they don’t have to pay developers for weeks of work to build the ad units from scratch.

Price said one of his customers told him, “If you’re in the media business, if you sell impressions … you’re in a commodity business,” and publishers relying on ad networks and similar services are going to see their rates driven down. Instead, they should offer advertisers “a customized brand experience on our properties that can’t be bought elsewhere.”

In addition to changing its name, Flite also announced today that it has raised $12 million in a third round of funding led by General Catalyst Partners. Previous investors Sequoia Capital, Hummer Winblad Venture Partners, and NCD Investors also invested in the new round. The company has now raised $26.5 million.