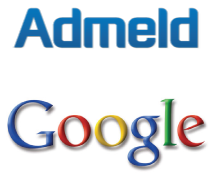 Google confirmed it has signed an agreement to acquire advertising optimization company Admeld.

The revelation came in a blog post written Monday about helping publishers get the most from display advertising.

Admeld’s service allows publishers to pull data about advertising from hundreds of ad networks, ad exchanges, and other sources to see the most- and least-effective ads, which is an area Google’s own services are lacking in despite efforts to improve them.

“The Admeld team is an example of the huge strides the industry is making — it has quickly developed a great service that is helping many major publishers manage their ad space more efficiently and profitably,” wrote Google Vice President of Display Advertising Neal Mohan.

There are no specific plans to integrate Admeld’s services into Google at this point. But assuming the sale passes regulatory review that should change relatively soon thereafter.

“What’s driving this relationship is a shared belief that managing display advertising is still far too complicated for publishers, and together Admeld and Google can help address some of the underlying inefficiencies,” said Admeld CEO Michael Barrett in a blog post.

Neither companies’ blog post mentioned the price of the sale, which is  rumored to be in the range of $400 million — making it Google’s sixth largest acquisition.