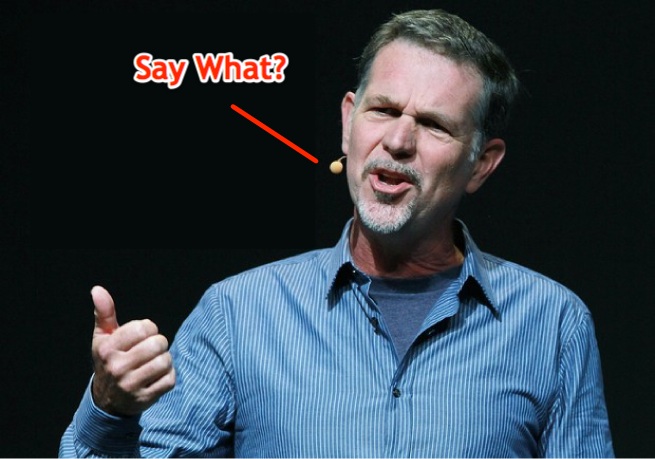 Here’s something you probably didn’t know: Netflix abandoned plans to sell its own streaming “Netflix Player” device just weeks before it hit retail stores. That device would later become the first iteration of Roku’s set-top box.

The Netflix Player device, initially code-named “Project Griffin,” started out as a streaming media box for Netflix’s Watch Instantly video service. Netflix apparently spent years developing both Griffin’s software and its bare-bones hardware to shift the business away from the traditional DVD-by-mail distribution model, according to Woods. Netflix even spent money on marketing plans, parody commercials, and such — meaning it was a huge part of the company’s overall strategy, Fast Company reports.

“We were getting so close to shipping the hardware, and Reed decides, ‘I changed my mind — I don’t want to do hardware anymore. If we ship our own hardware, it could be viewed as competitive,'” Wood told Fast Company. “Putting all that money into it; getting it as far along as he did — and then deciding we’re not going to do it? Wow. I was surprised. There was so much momentum inside the company.”

Obviously, Hastings was correct in his early assessment to keep Netflix out of the hardware business and to remain device agnostic. As as result, Netflix’s streaming service is available on hundreds of devices across several platforms. That sort of availability has helped Netflix reach a commanding 30 million total streaming subscribers, with over 25 million of those being domestic.

Hastings’ decision also allowed Netflix to gain the best of both worlds. The company received preferential treatment on Roku devices (such as a Netflix button on the Roku remote control) while continuing to make deals with other set-top box makers to add support for Netflix.

In any case, the decision to spin-off Roku is undoubtedly more successful than Hastings’ plot to split up the streaming and DVD-by-mail services into separate businesses.