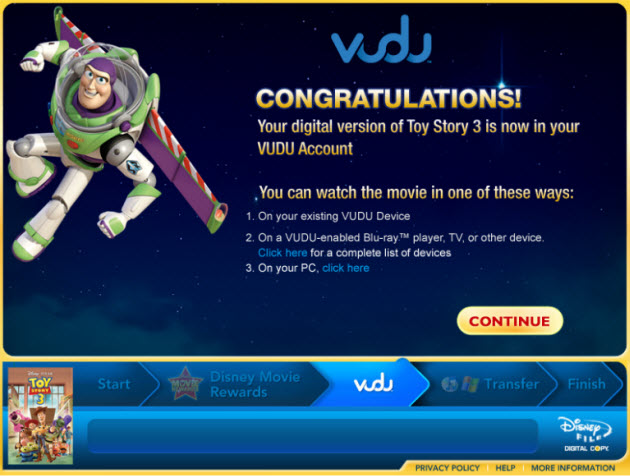 When Walmart bought movie-streaming service Vudu earlier this year, you could predict the world’s biggest retailer would marry its physical retail sales with Vudu’s online service. 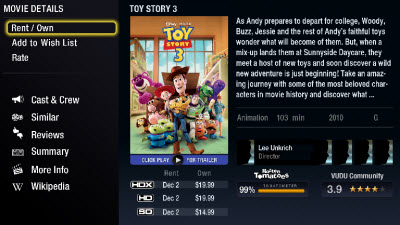 Today Walmart is doing just that. Now, anybody who buys Disney Pixar’s Toy Story 3 on DVD or Blu-ray disks at a Walmart store will also receive a code to redeem a digital copy of the film on Vudu. With that service, users will be able to watch the movie anywhere in the world via a broadband connection.

Now that Walmart and Vudu have combined forces, they can encourage users to buy their combination of a physical movie and its digital version for the same price. The combination of retail and digital online distribution is likely to be a powerful one for many businesses. GameStop, the biggest video game retailer, bought the digital online game portal Kongregate in order to execute on the same kind of plan. The big plus is that the retailers get a huge amount of foot traffic and can point those consumers to digital properties while they’re in the stores.

Vudu announced last week that it would make its steaming movies available on the PC, the Mac, and the Boxee set-top box for the TV via D-Link’s Boxee service. Walmart bought Santa Clara, Calif.-based Vudu in the spring as part of its move into digital distribution of movies. Vudu has 55 employees. Its rivals include Apple TV, Amazon and CinemaNow.

As Buzz Lightyear from Toy Story 3 would say, “To infinity and beyond!”