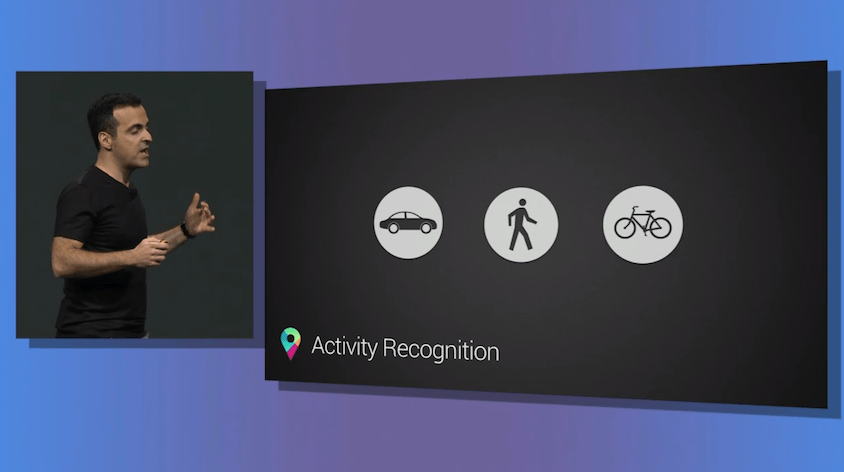 Google released three location tools for its app developers today, one of which will actually tell the app whether a person is walking, cycling, or driving.

The location application programming interfaces (API) are a part of Google Play Services, a tool chest for Android developers. Adding location-sensing features to your app is difficult and often straining on the phone itself — particularly the battery. To deal with this, Google released the first of today’s APIs called fused location provider. Among other things, this API uses a “low-power location mode,” which collects data on where the person is while using what Google says is less than one percent of the battery power.

Google also opened up APIs for geofencing, or putting a ring around a specific location that can provide data such as when a person enters or exits that circle. You can have up to 100 geofences active simultaneously per apps.

But the last API Google released could be a huge benefit for fitness apps. It’s called Activity Recognition, and it does just that — it feels the person’s movements and determines what they’re doing. It uses a combination of accelerometer data and machine learning classifiers to figure out if you’re walking, cycling, or driving.

“We do it in a really battery-efficient way without ever turning on the GPS,” explained Hugo Barra, Google’s vice president of Android product management.

This makes what is undoubtedly difficult to build on your own, a plug-and-play feature developers with fitness aspirations can use in their apps. Developers could also build much deeper movement analysis around the API.

The APIs are available today for all Android version Froyo and up. If you use Activity Recognition, drop us an e-mail and tell us about your experience.