While the world waits on a promised generation of devices with foldable screens like the oft-delayed Project Valley from Samsung, AT&T and ZTE have teamed up to offer a facsimile of their anticipated functionality in the form of a dual-screen smartphone called the Axon Multy.

Sounding very much like the promising-but-flawed Kyocera Echo of earlier in the decade (pictured below), Axon Multy is claimed (by a person briefed on its features) to be a horizontal clamshell of sorts, folding along its vertical axis. In its compact form, the individual 1,920 x 1,080 displays sit on both the front and rear faces of the handset (a notable divergence from the Echo’s unique “Z-hinge”). 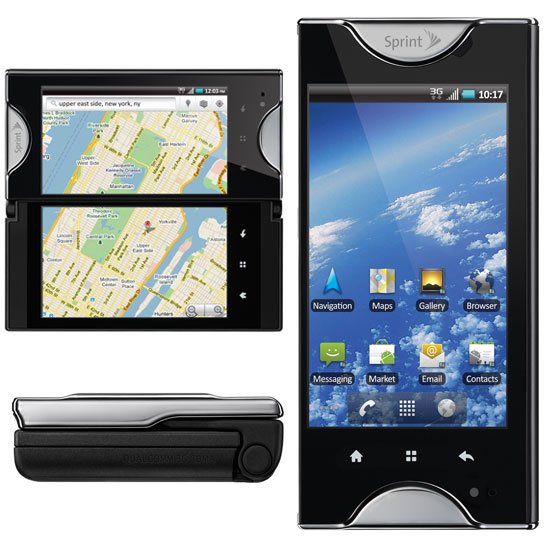 Unfolded, the two displays meet at the hinge to form a contiguous screen with a 6.8-inch diagonal. The device as a whole is said to be relatively slim for such a functionality, with a sub-10-millimeter thickness even in its closed (folded) configuration.

While a full spec sheet was not shared with VentureBeat, Axon Multy was said to feature Qualcomm’s top-of-range system-on-chip from 2016, the Snapdragon 820, paired with 4GB of RAM, 32GB of storage, and a battery thought to possess a 3,120mAh capacity. Its single camera — which can serve multiple functions on a product with this form factor — contains a 20-megapixel sensor.

When it launches in mid-October for a claimed $650, exclusive carrier AT&T will apparently be highlighting its suitability for media consumption, particularly of the carrier’s own DirectTV content.

Much of the success for such a product would seem to hinge on ZTE’s software implementation of the expanded 1,920 x 2,160 mini-tablet mode. It should be noted that, even unfolded, its 6.8-inch screen is only half an inch larger than the recently introduced Galaxy Note8‘s single display. That makes it even more of a challenge to justify this form factor than the Echo faced half a dozen years ago.