During Microsoft’s Surface event back in October 2015, the company also announced that Facebook is building universal Windows 10 apps for Facebook, Instagram, and Facebook Messenger. Today, screenshots and a video of the third app have leaked, courtesy of WindowsBlogItalia.

One of the reasons I prefer Facebook Messenger to WhatsApp is the desktop experience. I like being able to continue a conversation using a physical keyboard when I’m at home. Whether I, or anyone else, will choose to use an app instead of just using Facebook’s website, however, remains to be seen.

The video walks through various features of the app, and yes, it’s in Italian (the app itself will be available in at least English, Spanish, and Italian):

The interface is just like you would expect. First, you’ll have to login: 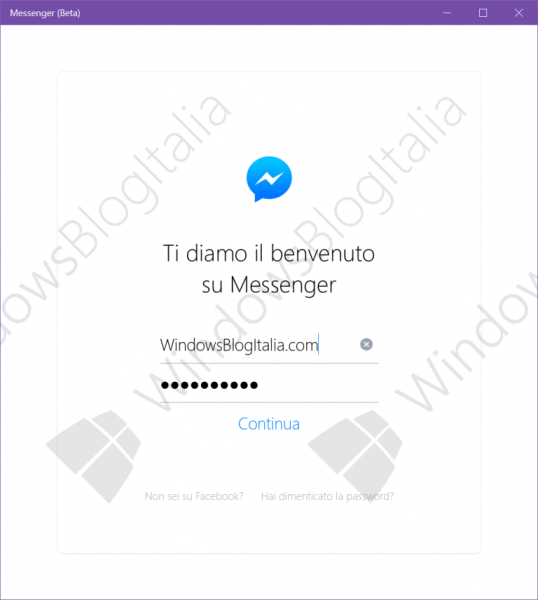 And then you’ll get the familiar Messenger interface with the Windows 10 look: 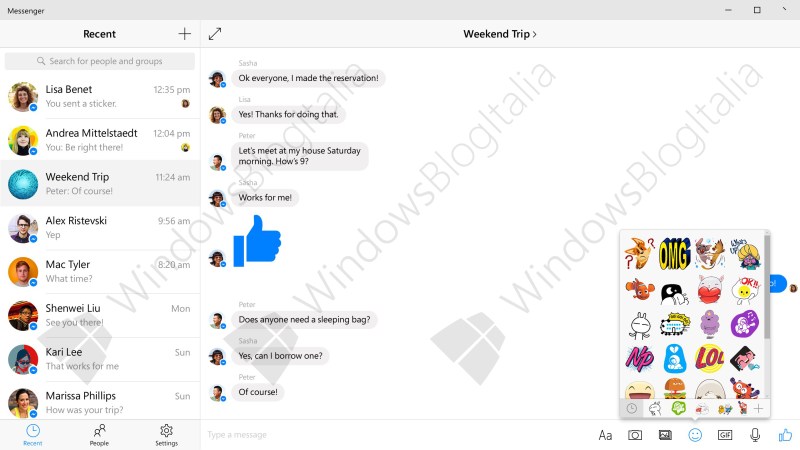 The feature list, at least as it currently stands:

In short, you won’t be able to do much more than you already can on the desktop site, but the app will probably be faster and take fewer clicks to get going. For now, Facebook Messenger for Windows 10 is apparently limited to PCs and tablets, which goes against the whole universal Windows app paradigm.

That said, Facebook will be able to expand support to Windows 10 Mobile, and maybe one day it will even show up on the Xbox One and HoloLens.

Update at 4:20 p.m. Pacific: Facebook reached out to confirm the legitimacy of this leak. “We’re testing Messenger for Windows 10 to a small percentage of people in a few countries,” a Facebook spokesperson told VentureBeat. “We don’t have any additional details to share at this time.”