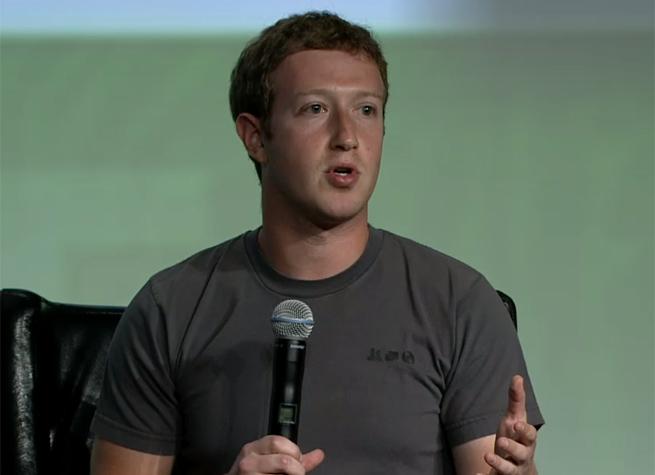 “The biggest mistake we’ve made as a company is betting on HTML5 over native,” he said at the TechCrunch Disrupt conference in San Francisco, referring to the original HTML5-powered Facebook mobile apps that were plagued with slowdowns and other issues.

Facebook last month released a native iOS app that’s built specifically for Apple’s platform and is subsequently much faster. We’re still waiting for word on a native Android app, but Zuckerberg promised that one was on the way.

The company’s move away from “hybrid apps,” or mobile apps that rely heavily on HTML5, was a major blow against other developers pushing for the hybrid app approach. While the original hybrid apps were slow for users, they also made it easy for the company to deploy updates and changes across multiple platforms. Now Facebook has to go through a much more arduous process to update its iOS and Android apps.

Speaking with TechCrunch and CrunchFund founder Michael Arrington, Zuckerberg elaborated on his issues with Facebook’s past mobile apps: “We’re very self critical … it was not where we wanted to be before (laughs) … but to be honest even what we have now isn’t as good as it can be.”

Zuckerberg pointed out that the company has more usage on its mobile website (also HTML5 powered) than its iOS and Android apps combined, so Facebook isn’t going to run away from HTML5 entirely. “But we just couldn’t bet completely on it,” he said. For both iOS and Android, he said you could do much better work with native apps.