For cross-country road travel, cross-border bike travel, and city-center foot travel, there is no shortage of great navigation apps out there — Google Maps, Waze, and Here, to name but a few. But what about those forays into the great outdoors: up mountains, into the hills, and down the slopes? Well, there’s a new kid on the block specifically for those occasions.

While Google Maps has provided some coverage for ski slopes and trails for a while already, Fatmap this week lifted the lid on a new high-resolution 3D global map platform for the outdoors, aimed at hikers, skiers, mountain bikers, and everyone in between.

The company also revealed that it has now raised $8.5 million in total to date, having recently closed a tranche of investment from Jaguar Land Rover’s VC arm, InMotion Ventures, as well as Episode 1 and Capnamic Ventures.

By way of a quick recap, Fatmap launched originally back in 2015 after being developed in conjunction with some of the world’s top skiers, offering detailed, ultra-high resolution maps for 120 ski resorts around the world. Fast forward three years, and Fatmap is broadening its horizons to target the entire outdoors thrill-seeker market, and has worked in collaboration with several satellite and aerospace companies to build out its platform to include all summits, footpaths, huts, passes, rivers, and more.

Indeed, to arrive at the final redesigned product, the company has aggregated data from multiple mapping and content sources, and has likened its royalty licensing model to that of Spotify. “The more a particular provider’s data gets accessed, the greater the share of the revenue share pool — this way, we were able to build what we believe is the highest resolution global map ever made,” a spokesperson told VentureBeat.

Fatmap is officially based in London, but its core leadership and development teams are in Berlin, while it also has an office in Lithuania where its advanced 3D engineering magic happens. The company’s executive team has a solid pedigree, too, with chairman Michael Halbherr formerly serving as CEO of Here, the Nokia mapping unit acquired by a handful of automotive giants a few years back. Its heads of product and design, Will Gill and Markus Ort, were also previously employed by Nokia Here.

Fatmap promises several key features to appeal to the outdoor masses, including offline access for anywhere on Earth, while users can also create their own routes on a map in advance and share these with buddies. 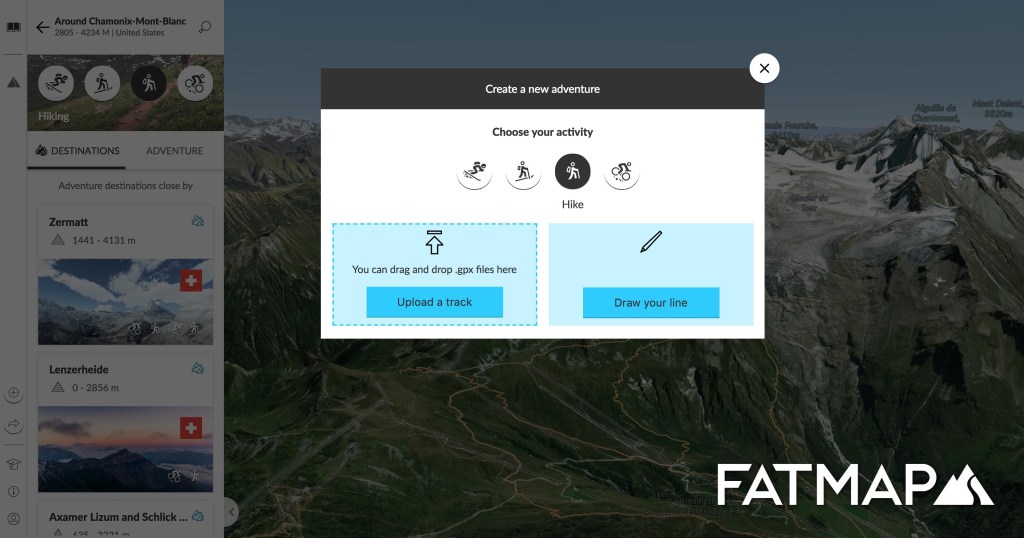 Above: Fatmap: Create your own route 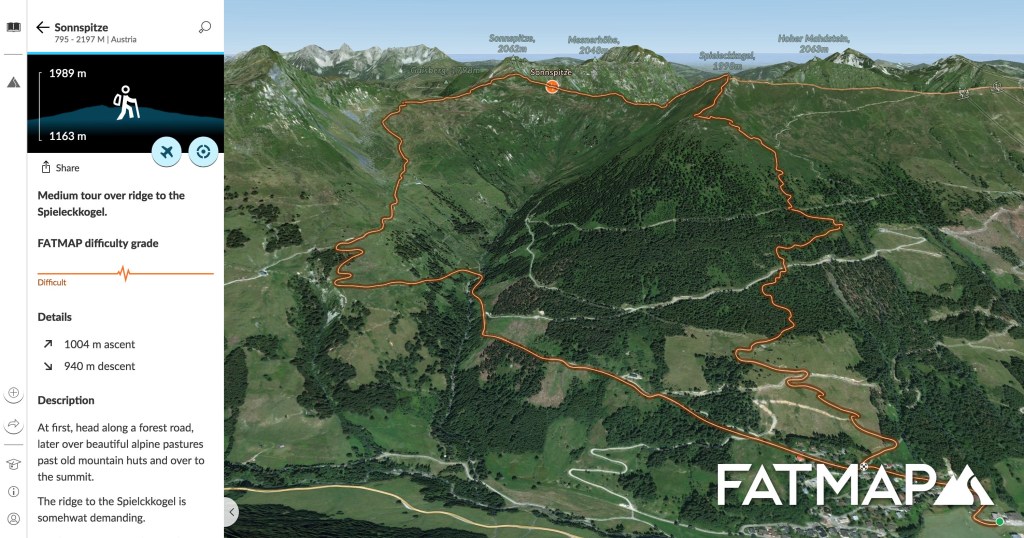 Tour companies can create curated digital guidebooks, for example, with interactive 3D navigation providing broad and detailed pictures of the environment and terrain. 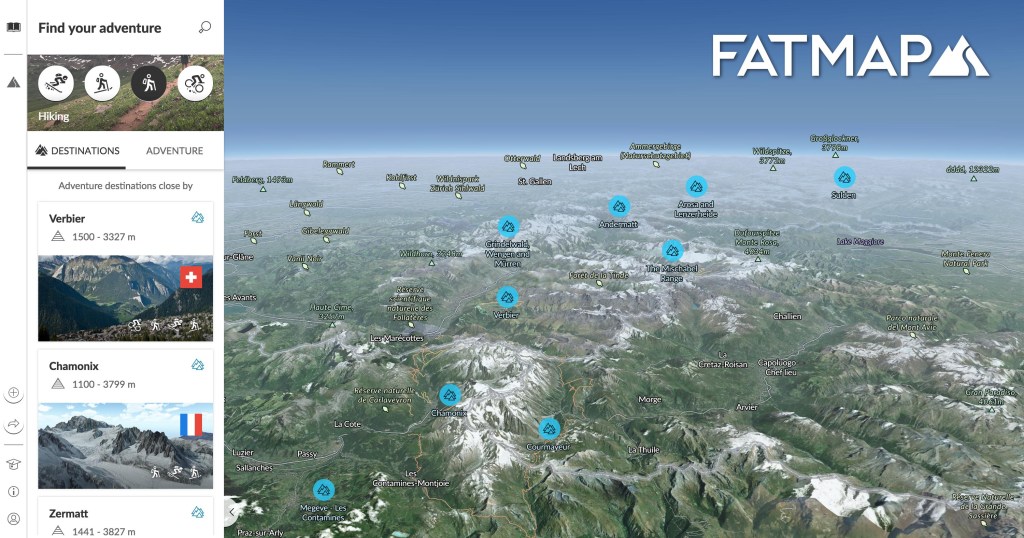 Above: Fatmap: A big view, with labels 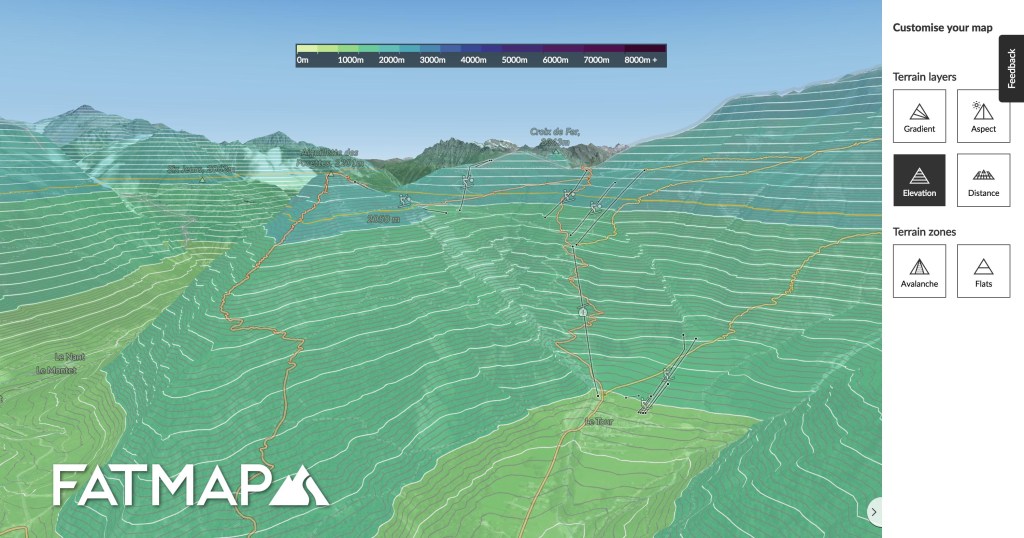 Most of these features are available gratis, and are available on the web and mobile apps on both Android and iOS. However, those seeking offline access will need to upgrade to a premium subscription, which costs around €7 per month or €36 a year. Fatmap also makes money through partnerships with a variety of outdoor brands and resorts.

The outdoor recreation market is a $887 billion industry in the U.S. alone, so Fatmap’s proposition here isn’t niche. The company told VentureBeat that it plans myriad new consumer services later this year, which will include offering “bookable experiences and local services” directly through the app.