Samsung is preparing two new products in its line of Gear accessories, according to a person testing the items: a sequel to its Gear Fit fitness tracking band, and a pair of cordless, Bluetooth earbuds. While a few features of the so-called Gear Fit 2 (above right) and Gear IconX (above left) were revealed to VentureBeat, full specifications were not shared.

The Fit 2 (pictured below) is the premier followup to 2014’s Gear Fit, Samsung’s first dedicated fitness wristband, with a 1.84-inch curved Super AMOLED display. Said to be slightly more curved and ergonomic, the major addition to this 2016 version is a dedicated GPS chipset, which will improve the accuracy of its various distance-tracking features. 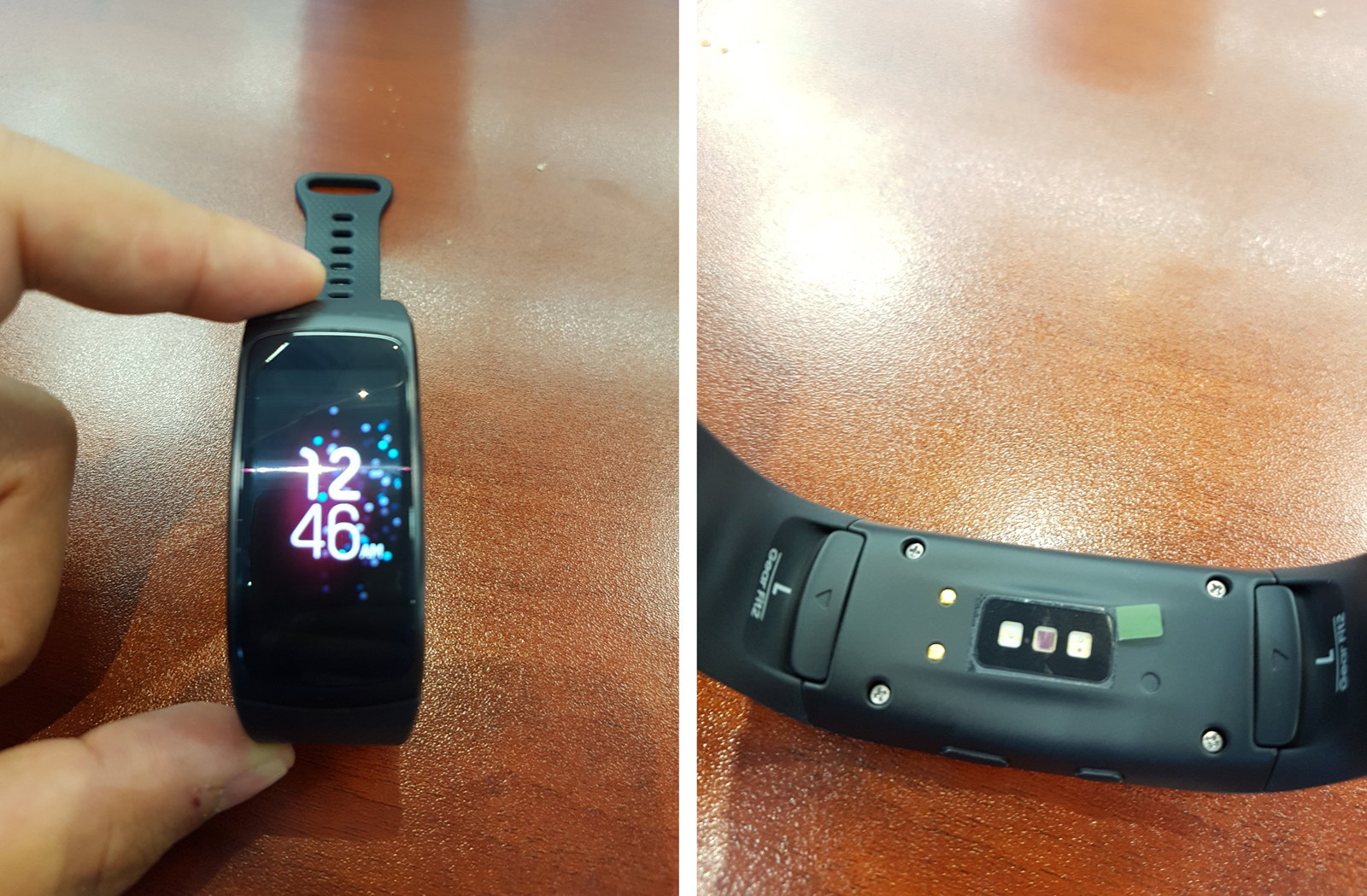 More exciting is the Gear IconX, whose branding was trademarked by Samsung earlier this year, but whose nature remained a mystery until now. Like German manufacturer Bragi’s Dash — along with a host of others launched in the past six months — these touch-controlled earbuds are completely wireless.

Dust and water resistant, and housed in a charging case, the IconX buds double as both a fitness tracker and a standalone digital music player. To perform this latter function, one of the buds contains 4GB of flash memory storage. Touch control is said to work similarly to the Gear Circle, another Bluetooth headset, but one whose earbuds are tethered to a controller that sits on the back of the neck.

The person who is testing the products did not say how much they would cost at release — dates for which were also not shared — but it’s unlikely that the Gear Fit 2 will be priced significantly differently than the first Fit’s initial $200 MSRP.