Heavily financed dog-sitting platform Rover.com is snapping up its European rival DogBuddy. Terms of the deal were not disclosed.

Founded out of Seattle in 2011, Rover is a marketplace that connects dog owners with services such as long-term boarding, dog walking, house-sitting, and drop-in visits. The company has raised a whopping $310 million in funding since its inception, including a $155 million tranche just a few months ago.

The company revealed at the time of its last raise that the money was to be used in part to grow its platform in Europe, where dog ownership is also prevalent.

In the U.S., around 36 percent of households own a canine, roughly the same number as in the U.K. where DogBuddy is headquartered. 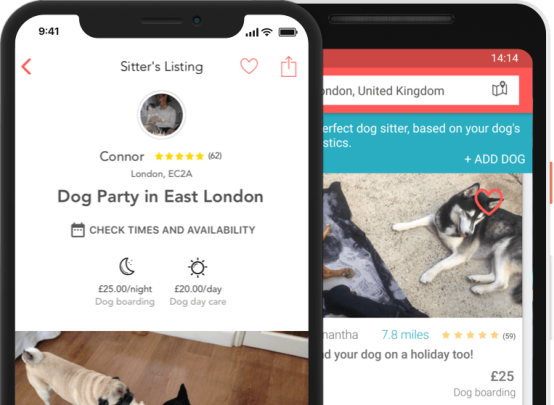 Additionally, two-thirds of global pet food spend takes place in the U.S. and Europe, with most of the $70 billion+ industry spent on dogs.

So far, Rover has only been available in the U.S. and Canada, but the company announced back in May that it was expanding to the U.K. DogBuddy is an obvious acquisition, given that it is available in eight European markets — with this deal, Rover is essentially buying itself a direct artery into Europe’s dog-owning households.

“We have a great deal of admiration for [DogBuddy’s] leadership team, and what they’ve accomplished in becoming the leading player in Europe,” said Rover CEO Aaron Easterly. “While this transaction is a mutual fit for our strategic business priorities, we also share similar company cultures and values, and a passion for pets and the people who love them. Today’s announcement accelerates our international expansion plans and underscores Rover’s global leadership in the pet care space. With roughly 70 million dog-owning households and 31 percent of global pet spend concentrated in Europe, the market represents one of the largest populations of dog owners outside of the U.S.”

DogBuddy had raised around $10 million since its inception in 2013, including a $5 million series A round last year. Following this acquisition, DogBuddy CEO and founder Richard Setterwall will head up the new Rover European arm, which will still be known as DogBuddy, from his base in London.

“I started DogBuddy to help dog owners with a very real challenge of removing obstacles to pet ownership,” Setterwall added. “We, like Rover, believe it should be easy for anyone to experience the joy of having a dog in their lives.”