Gfycat has integrated its user-generated GIF platform across three different messaging platforms. It now supports Viber, Tango, and Facebook — all in the name of enabling us to share silly images with our friends.

The integrations have brought Gfycat’s content to millions of new users. The company sees the move as a way to turn consumers into creators. GIFs are those silly animated images associated with internet memes and recorded in graphics interchange format, or GIF. Gfycat supports more than 100 languages and 135 countries. It remembers the country where a GIF is created and saves the language settings of the creator, so users will see custom content that is relevant to their region.

With Viber, Gfycat has focused on the speed and high-quality nature of the platform. So Gfycat has enabled HD GIFs, with video quality of millions of colors and speeds that are 10 times to 20 times faster than traditional GIFs. Messenger platforms have improved color fidelity from the old days of SMS. Users expect better quality content on their newest iPhone X, Samsung 8, or Pixel 2 phones and yet expect their messages, whether text or media, to be delivered in near real time. Gfycat’s HD GIFs help them achieve both of these objectives.

“There is tremendous value in having Gfycat’s visual images included in chat where users can share GIFs at the touch of a button, and have an extensive selection of GIFs at their disposal,” said Cristina Constandache, vice president of global partnerships at Viber, in a statement. “It’s a very fun and inclusive way to engage others within chat that works incredibly well on Viber.” 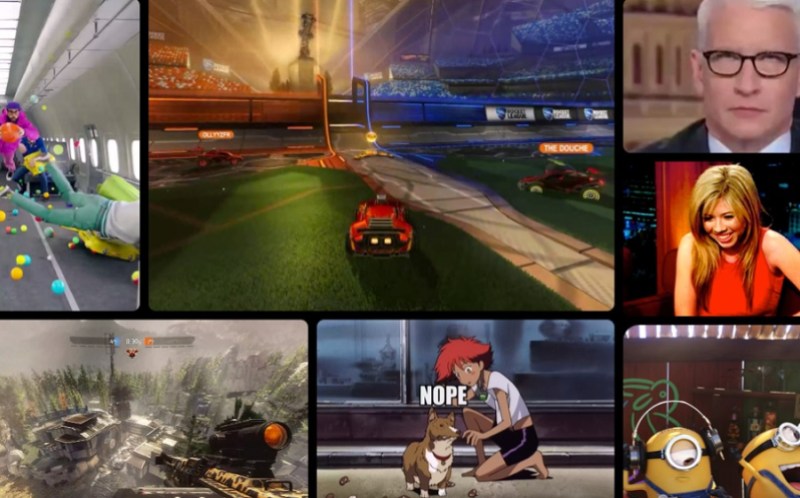 On Tango, the retention of GIF senders is 30 percent higher than that of the average existing user. GIF senders send 2.5 times more messages daily than an average message sender, including, on average, 2.6 GIFs per day. More than 5 million GIFs are being viewed every day.

Tango CEO Eric Setton said in a statement, “This is a great opportunity both for our users to express themselves using Gfycat’s fun, viral content and for content owners to expose their GIFs to Tango’s users.”

For Facebook, Gfycat’s integration is aimed at casual or first-time GIF creators.

In the early days of Facebook desktop, one of the site’s most popular apps was a Doodle app. For Facebook Messenger, Gfycat wanted to build on this history and bring the ability to create GIFs to Messenger’s 1.3 billion users. In the Messenger chat extension, the user is presented with a white canvas. What they draw with their finger, they can message their friends directly in chat. The doodle is then reproduced visually in a GIF just as it was drawn. So far, Gfycat has seen more than 250,000 GIFs created monthly on Messenger.

More than half of the Facebook extension users create content, and they send on average one GIF every time they open Gfycat.

In the future, Gfycat expects to provide additional features for messenger platforms. “We’re excited to see Gfycat work with messengers and redefine how we share GIFs today,” said Ernestine Fu, partner at Alsop Louie Partners and Gfycat board director.