The smaller Pixel 2 sports a 5-inch, 1080p display, with a 16:9 aspect ratio that was until this year the standard on Android flagships. The larger Pixel 2 XL, meanwhile, has a 6-inch, QHD+ display in an 18:9 aspect ratio, in line with 2017’s flagship smartphones. The Pixel 2 thus still has a large bezel while the Pixel XL 2 has a noticeably reduced bezel profile, although certainly not the smallest we’ve seen. As always, smartphone size also dictates battery capacity: 2700 mAh for the Pixel 2 and 3520 mAh for the Pixel 2 XL. 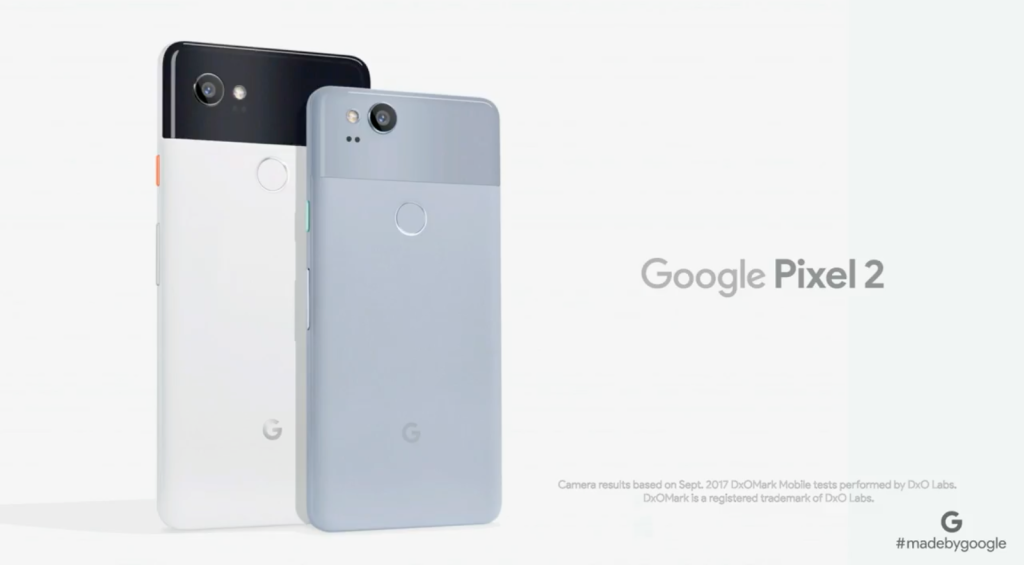 Design and size aside, the two phones feature similar specifications. “We don’t set aside features for the larger device,” Queiroz quipped, a clear dig at Apple’s iPhone lineup.

Here’s the rundown: Snapdragon 835 chipset, 4GB of RAM, either 64GB or 128GB of storage, an 8-megapixel front-facing camera, a 12-megapixel rear camera, front stereo speakers, a fingerprint scanner on the back, a USB-C port on the bottom, and no headphone jack. “Use your existing analog headphones with the included adapter,” Queiroz said. 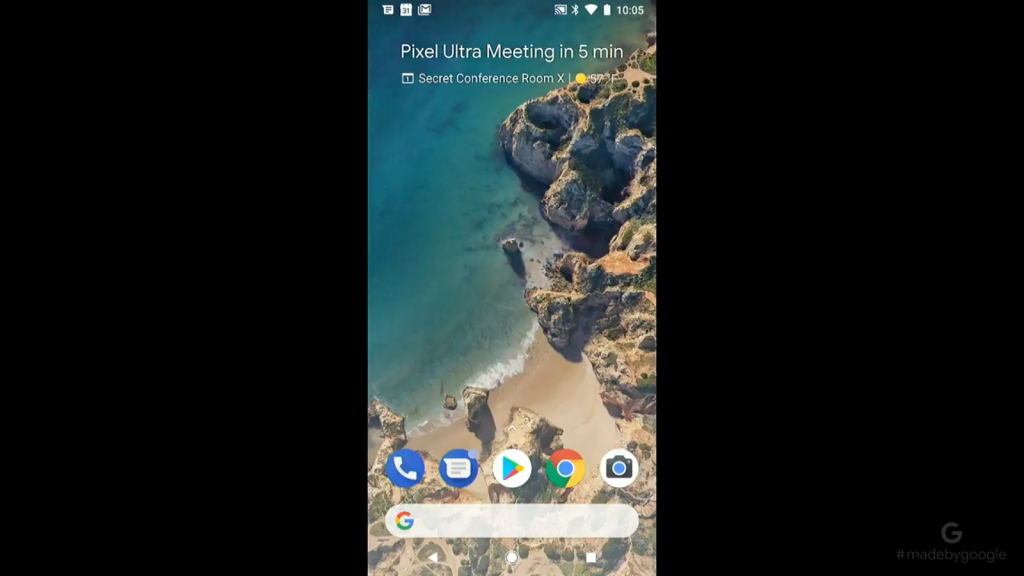 Speaking of audio, the Pixel 2s have a music recognition feature that is always on, Google’s director of product management Sabrina Ellis revealed. Whenever music is playing nearby and the second-generation Pixel recognizes the song, it will automatically show the artist and title on your lock screen. This is a massive leap given that Google Assistant still doesn’t have song recognition.

Like all smartphone makers, Google puts a big emphasis on its camera. Google promised greater high dynamic range, optical image stabilization, and lots of image processing crammed in. Oh, and Queiroz announced that DxOMark gave the Pixel 2 and Pixel 2 XL a score of 98, the highest rating it has ever given (and four points higher than Apple’s iPhone 8 Plus and Samsung’s Galaxy Note 8).

The Google Camera app comes with a new Portrait Mode that focuses on the main person in frame and blurs out the background to produce an image in vein of a live portrait. Best of all, you can use it with both the rear and front cameras. There’s also a Motion Photos feature that includes a short video (three seconds) before and after the shot (à la Apple’s Live Photos).

Last year, the Pixels came with unlimited full resolution photo and video storage via Google Photos. That deal remains with the Pixel 2 and Pixel 2 XL. 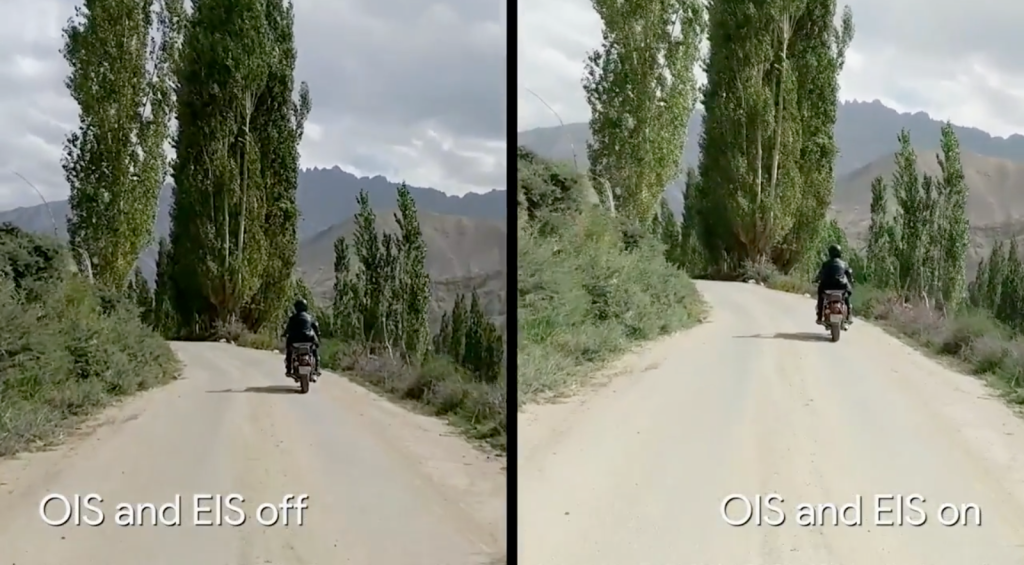 As with Nexus phones, Pixel hardware isn’t the big selling point here — it’s software. Like their predecessors, these phones ship with Google Assistant available wherever you are in the phone. The original Pixel and Pixel XL were the first phones with Google Assistant, and while Google has since brought Assistant to non-Google Android phones, new Assistant features are shown off on new Pixels first.

The Pixel 2s offer a new way to access Google Assistant: squeezing the side of the phone, first introduced in smartphones by HTC. Google is calling its feature Active Edge, but the idea is the same. Instead of pressing a physical button or touching the screen, you can squeeze the phone’s frame to perform an action, such as launching Google Assistant or muting a call as your phone is ringing. “Your Assistant is just a quick squeeze away,” Ellis declared. Aparna Chennapragada, another Google senior director of product, showed off new Google Lens features coming in preview to the Pixel 2s later this year. Google Lens is the company’s computer-vision product, unveiled at the company’s I/O developer conference in March. You can use Lens to answer questions and tell you more information after you point the phone’s camera at an object.

Pixel 2 and Pixel 2 XL also include an always-on ambient display mode, similar to what we’ve seen on other Android flagships, including from Samsung and LG. When your screen is off, it can still be set to show the time permanently and display notifications for a few seconds as you get them. The Pixel 2s also feature an IP67 dust and water resistance rating. That’s nothing special given other flagships have had that certification, or even IP68, for years, but given that last year’s Pixels were marked with an IP53 rating, it’s definitely a step up.