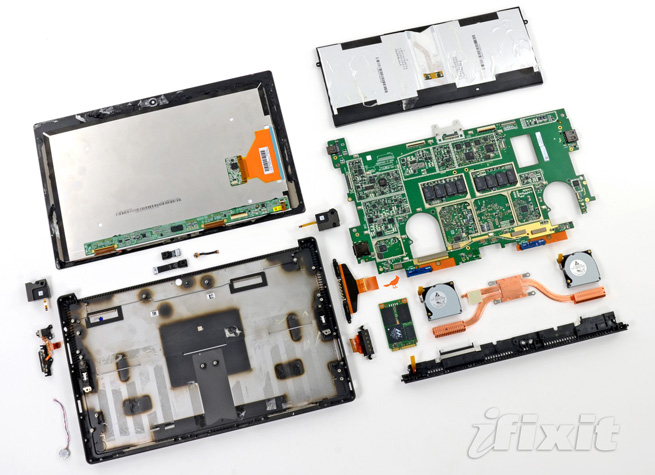 Microsoft’s new Surface Pro tablet PC is a steady improvement over the Surface RT, but the thing is extremely hard to repair, according to a new iFixit teardown.

The Surface Pro is Microsoft’s more powerful and versatile tablet/laptop hybrid, but supply issues have marred its debut. Microsoft has promised more 128GB units will be available by Saturday. It runs $899 for the 64GB version and $999 for the 128GB model.

While there aren’t that many Surface Pros available, the repair experts at iFixit got their hands on a unit so they could open it up and examine its build. The team found that the device was extremely hard to repair, and gave it a 1 out of 10 “repairability score,” the worst result possible.

One huge problem iFixit found is if you do not open the case perfectly, you will almost certainly break one of the four cables surrounding the display. So there’s a good chance you’ll break the damn thing just from trying to peek inside or trying to fix a minor issue.

Here are the big takeaways iFixit noted on the Surface Pro:

Check out the photos below for a few more looks inside the Surface Pro: