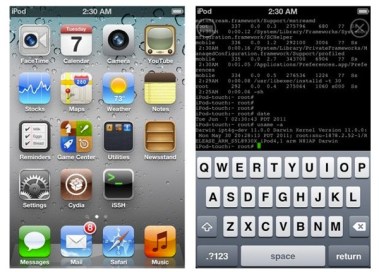 Just one day after Apple announced and released an early version of iOS 5 to developers, hackers have proven that the mobile OS is just as susceptible to exploits as past versions.

One eager beaver has figured out a way to install iOS 5 without the need for an Apple developer account (which costs $99 a year). And a prominent iPhone hacker has confirmed that iOS 5 is easily jailbroken, allowing users to run apps unapproved by Apple and tweak their iPhones in a variety of ways.

The hacks show that security concerns will remain an ever-present problem for Apple in iOS 5, and likely all future versions of the platform.

Apple fan and amateur developer Mert Erdir discovered that he could install the new OS by tricking the operating system’s Voice Over feature, Gizmodo reports. The process (which we won’t replicate here) seems simple for users already familiar with hacking their iOS devices. As with any hack, though, you do run the risk of screwing up your device should something go wrong.

“My will is not to do something harmful to anyone,” Erdir wrote in a statement to Gizmodo. “I just wanted to get the attention of Apple, the company I’m in love with; and maybe one day have a chance to talk to/meet Steve Jobs himself.” He’s currently accepting donations on his blog so that he can get a legitimate developer account.

Meanwhile, “MuscleNerd“, a member of the rogue group of iOS developers known as the iPhone Dev Team, confirmed last night on Twitter that he was able to jailbreak iOS 5. The jailbreak took advantage of the existing limera1n exploit, ReadWriteWeb reports. The existing hack is only for serious iOS tweakers though — it’s a tethered jailbreak, meaning you’ll have to connect your iOS device to a computer every time you want to reboot.