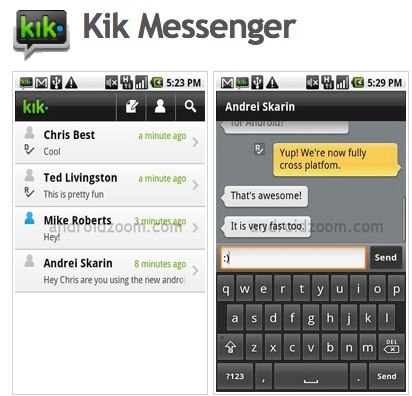 Kik, the new chat application for smartphones that is faster and more social than standard text messages, continues to report astounding growth in traffic after exclusively revealing the launch of its service to VentureBeat.

The company tells me it registered 250,000 new users in 24 hours yesterday, pushing it over 900,000 total registrations. It’s on track to blow past a million users today, just two weeks after launch. That growth would be unprecedented for any service. [Update: Just an hour after I posted this, the company says it broke 1.1 million users.]

Kik’s charm is its speed. For now it’s also dead simple: It doesn’t let you send attachments, such as photos.

Despite that, Kik has some impressive technology behind the scenes created by Livingston, a former strategist for RIM’s BlackBerry Messenger unit.

And it appears amazingly viral. By targeting smartphone users, it appeals to a subset of all mobile users. But as Livingston explains, those smartphone users are more likely to be connected to each other — and that helps with viral growth. Right now, Kik’s users are clustered in North America.

Once you download Kik (which runs on iPhone, Android or BlackBerry devices), it checks your phone’s address book and recommends contacts you know who have already have downloaded Kik. This part, I’ve since realized, is its secret sauce: For me, it pulled contacts aggressively, including some names I didn’t recognize — but it’s also really effective, because it let me start chatting with my friends immediately.

Kik only takes the final step of adding names to your Kik address book if you message them. You can delete contacts with a finger swipe.

Kik competes with apps like WhatsApp and PingChat. (In a sign of the ecosystem sprouting up around RIM’s headquarters, Kik’s offices sits across the hall from PingChat’s office in the same incubator center in Waterloo, Canada.)

WhatsApp arguably has more features. It lets you send multimedia, such as photos, video and audio files. That may be why WhatsApp gets higher ratings in the app stores.

Like some IM services, Kik lets you see messages instantly. You can even see when the other person is typing. As a result, it feels more immediate than standard text messages and competing chat apps. It labels each message as either “sent,” “delivered” or “read,” letting you know in real time when the user gets and reads it on the other end. The only other service that does this is BlackBerry Messenger. But Livingston says Kik’s service is even faster than BBM. And Kik’s service is free for smartphone users, most of whom are already paying for data plans but may have to pay extra for SMS text messages — which are a notorious ripoff in terms of price per kilobyte of data.

Some commenters on my original Kik post said they don’t think the service’s improvements are good enough to make them switch from SMS. It’s yet another app to download, and why do that when everyone already has SMS? However, others said it worked so smoothly and speedily that they think it has a very good chance to catch on. One user said it it is “perfect” enough that it beats out similar services, just liked Skype beat out other voice-over-Internet services.

Right now, at least, Kik is seeing some crazy growth. The service even hit some traffic limits on RIM yesterday after Kik sent 10 million messages via RIM phones, but Livingston said RIM is increasing the limits.

So what do you think? Is Kik going to kill SMS, or is it just a passing fad? 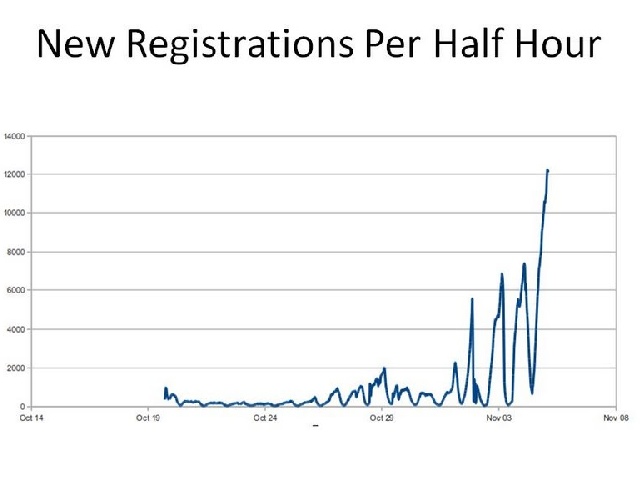 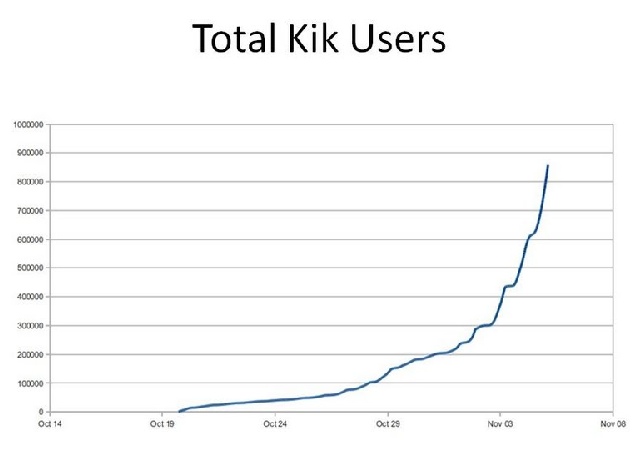