Ahead of the Consumer Electronics Show in Las Vegas next week, Lenovo today unveiled updates to its laptop lineup: the ThinkPad X, ThinkPad T, and ThinkPad L series. The Chinese company promised thinner and lighter designs, 8th-generation Intel Core processors, broader facial recognition support for Windows Hello, and USB Type-C power adapters. Other devices shown off included a new mechanical Side Docking option, ThinkVision displays, and the Lenovo Tablet 10. All of them ship sometime this quarter.

Lenovo recently lost the title of world’s biggest PC maker to HP. The company’s CES message this year is clear: It wants its top spot back.

Lenovo announced two devices in the ThinkPad X lineup: the X280 and the X380. Both offer rapid charging that promises to get you back to 80 percent battery life in 60 minutes. Speaking of battery life, the X280 offers up to 16.6 hours, while the X380 Yoga features up to 13.6 hours. The X280 is 20 percent lighter (2.5 pounds) and 15 percent thinner (17.4mm) compared to its predecessor, while the X380 Yoga comes with an Active Pen and an IR camera with Windows Hello support.

Lenovo announced three devices in the ThinkPad T lineup: the T480s, the T480, and the T580. All three feature an IR camera, fingerprint reader, and camera privacy cover. Lenovo promises these devices can get up to 72 hours of battery life. The T480 appears to have no standout feature, the T480s is supposed to be “one of the lightest business laptops in its category” at just 2.9 pounds, and the T580 can be upgraded with discrete graphics. 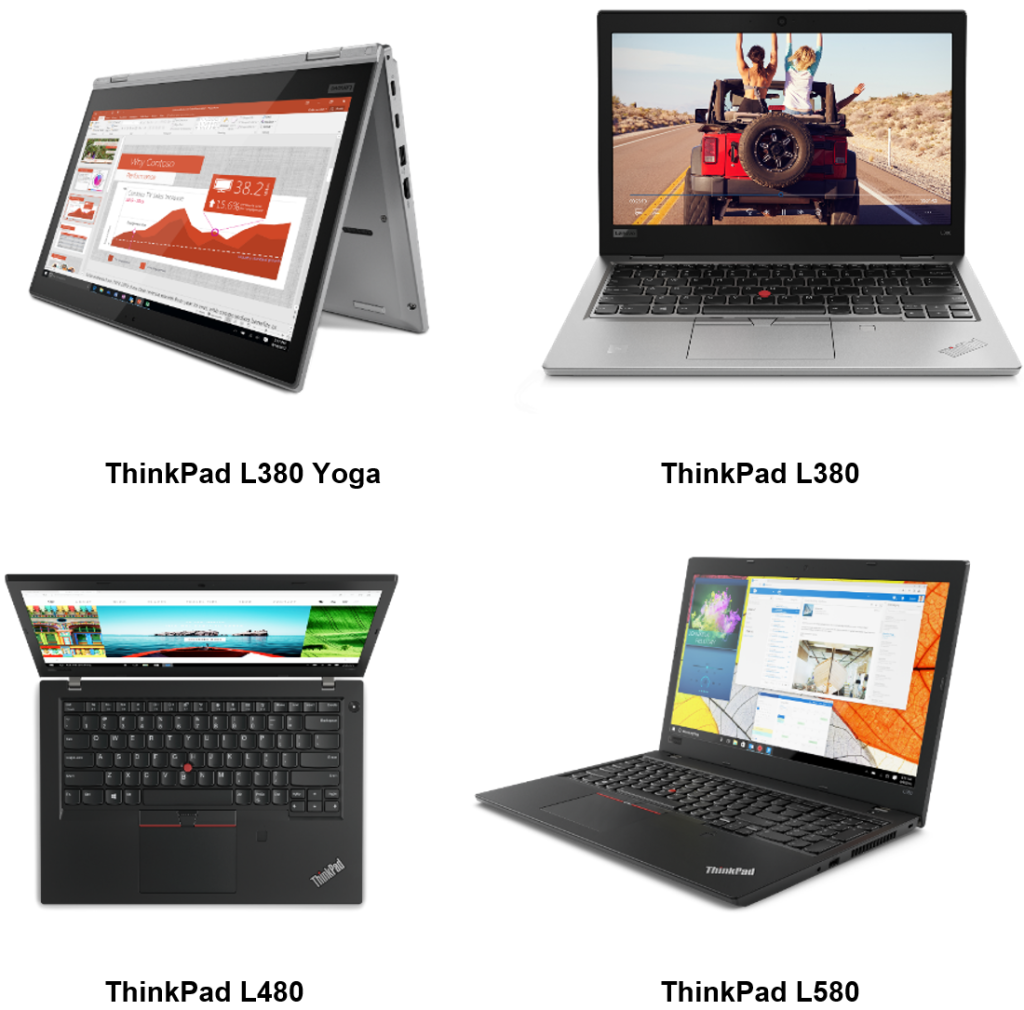 Continuing the pattern, Lenovo announced four devices in the ThinkPad L lineup: the L380 Yoga, the L380, the L480, and the L580. The laptops are available in a new 13-inch form factor, as well as redesigned thinner and lighter 14-inch and 15-inch versions. Multi-touch displays are optional, as are discrete graphics for the L580. The ThinkVision X24 and ThinkVision P32u monitors differ quite a bit. The former is just 4mm thick with 1.1mm bezels and features a Full HD IPS display (96 percent sRGB color gamut). The latter has a UHD 4K display with multi-color space capability, plus Thunderbolt 3 In and Out ports. The 24-inch version is available for $249 later this month, while the 32-inch ships for $1,349 in March 2018. 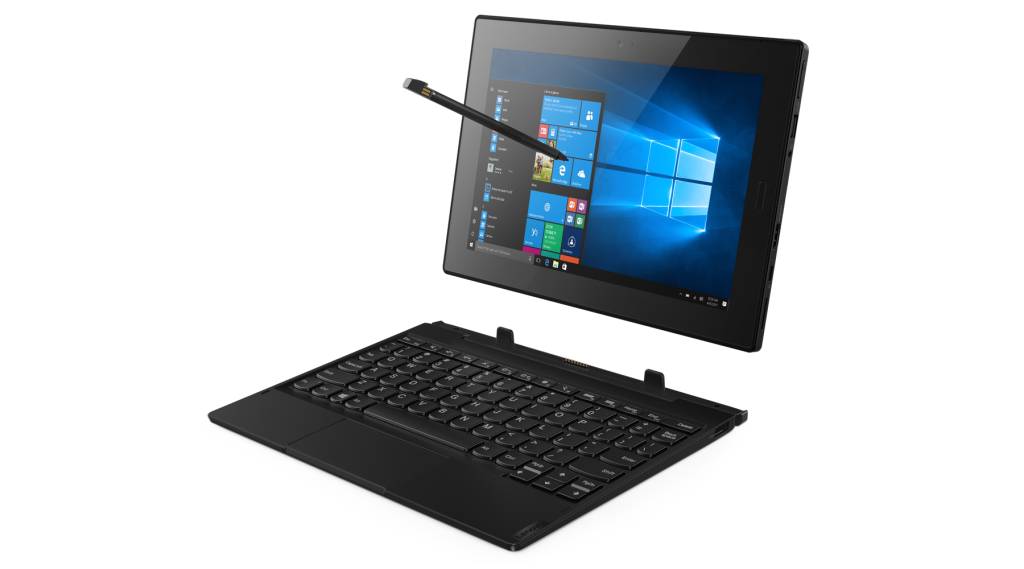 Leaving the least interesting for last (Lenovo wouldn’t even give it a price), the 10-inch device is a detachable with a fingerprint reader and discrete Trusted Platform Module for business class protection. It comes with an integrated rechargeable pen and up to 9 hours of battery life, and it will be available later this month. If, you know, Lenovo figures out how much to charge you.

The takeaway? Lenovo has fully embraced Microsoft’s Windows 10. None of these devices runs either of Google’s operating systems, which means if you want a new Lenovo laptop or tablet this quarter, don’t expect Android or Chrome OS.