Microsoft dropped a ton of announcements during the kickoff keynote at Build, its annual developer conference, and more than a few concerned its Power Platform. Here’s the gist: Power BI and PowerApps, the company’s no-code business analytics service and web apps design platform, respectively, are in line for upgrades next month.

The new PowerApps Component Framework — which is available in private preview for canvas-based apps and will become generally available in June for model-driven apps — enables developers to build reusable components into their apps, while new Visual Studio extensions (also in private preview) allow for custom controls.

Meanwhile, Power BI Embedded — which offers APIs for embedding visualizations and reports within apps and dashboards — now offers AI through a drag-and-drop experience, as well as support for paginated reports, complementing existing Power BI Template apps. And a new suite of life cycle management solutions — the same that underpin Dynamics 365 apps — streamlines the packaging, development, and testing of app types and entities, forms, views, plugins, and other dependencies. Both the Power BI Embedded enhancements and life cycle management tools are scheduled to launch in June. 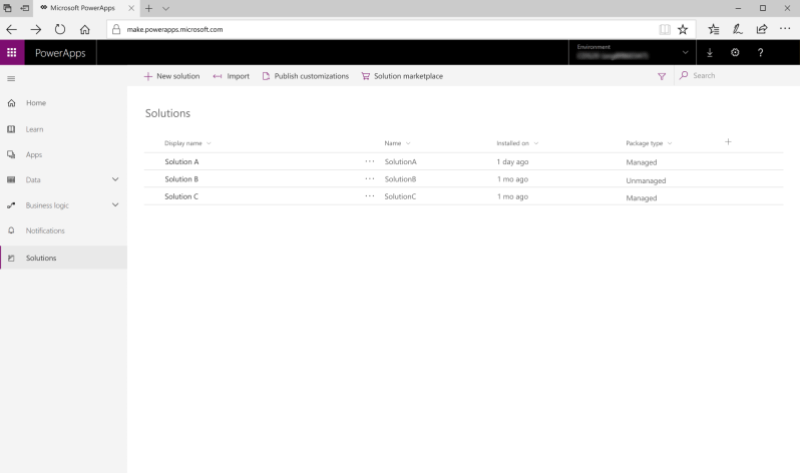 Above: The PowerApps Solutions explorer.

Lastly, there’s a new PowerApps Ethereum connector that facilitates the deployment of apps that interact with (or respond to) the blockchain, in part with flow templates for common scenarios and Visual Studio Code tooling to generate flows from smart contracts.

Microsoft also revealed today that it is expanding its co-selling program to Power Platform, which encompasses Power BI, PowerApps, and Flow. The company says the nearly 3,000 co-selling independent software vendors (ISVs) running on its Azure cloud platform have generated over $5 billion in revenue in the past year.