Pandora Premium will cost $10 per month, and invites to start a free trial will begin rolling out from March 15 to “select listeners,” with an option to upgrade arriving for everyone “over the coming weeks.”

The news comes three months after Pandora Premium was first unveiled, so we already knew many of the details around the service. While the service is, of course, similar in price point and general structure to that of rivals such as Spotify and Apple Music, it promises to let users start a smarter playlist by just adding a couple of songs and then tapping an “Add Similar Songs” button to generate the rest.

Additionally, every song a user has “thumbed up” is added to its own “My Thumbs Up” playlist, and this feature will work retroactively for those who have already been using Pandora for many years. And a new Browse section promises personalized suggestions based on the latest releases. 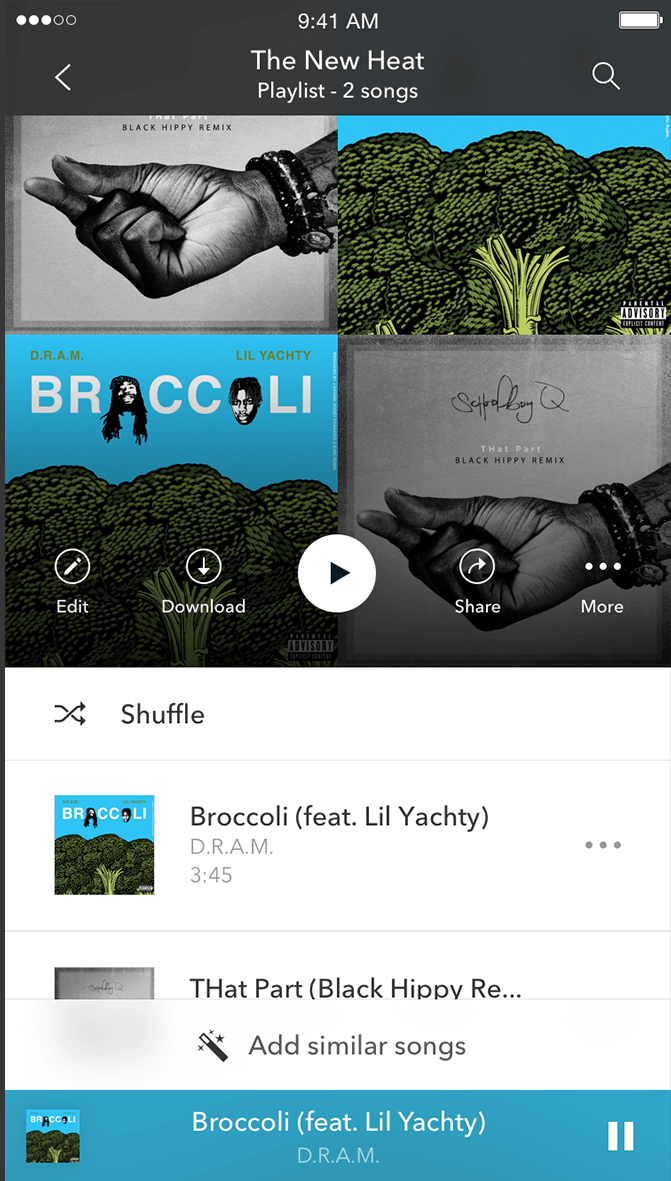 A veteran of the music streaming realm, Pandora has always differed from the likes of Spotify in that it only allows users to listen to music at random, rather letting them request specific songs. Pandora offers a free ad-supported service, as well as a monthly $5 subscription — recently relaunched as Pandora Plus — that ditches the ads and offers downloads and better quality streams and an unlimited number of skips and replays. Those already signed up to Pandora Plus will get access to Premium at no extra cost for six months.

The company has been pushing to reinvent itself over the past year, with founder Tim Westergren re-entering the fray as the company’s new CEO last March as part of a broader management shakeup. Pandora also hired former Apple and LinkedIn marketer Nick Bartle as its new CMO before rebranding with a new logo and launching an overhauled web music player.

“Every day, tens of millions of people trust us to choose the exact right songs for them — that’s why they spend more time with Pandora than any other music service,” said Westergren. “With Premium, we’re leveraging our immense trove of data and everything we’ve learned about personalization to offer a listening experience that sets a new standard for what a music service should be.”

Thanks partially to assets acquired from rival Rdio, which filed for bankruptcy back in 2015, Pandora hopes its new on-demand capabilities will be enough to shoehorn a tranche of free and Plus users onto the Premium tier. It’s difficult to imagine many completely new users joining Pandora just because it now offers on-demand streaming, given the plethora of alternatives that have already been available for a while. Indeed, Spotify recently passed 50 million paid subscribers, with an overall user base that’s thought to be around four times that.

Rumors continue to circulate that Pandora has been courting buyers, and SiriusXM has been touted as one potential suitor. However, both parties have denied any acquisition plans, with Pandora insisting that it’s “focused on executing its strategy and its operating model.”

Whatever the future holds for Pandora, the company’s share price is way down from its $37 peak in March 2014. And at around $12 per share, it is even lower than its $16 IPO price of 2011. But by offering an on-demand streaming service, Pandora is making itself a more appealing purchase should the opportunity present itself at a later date.