Three years ago, intrepid developers Alexey Moiseenkov, Oleg Poyaganov, Ilya Frolov, and Andrey Usoltsev quietly launched a photo-editing app, Prisma, that tapped AI to transform images with over a dozen artistic filters. In mere weeks, it managed to rack up 70 million downloads and attract millions of active monthly users, and to top mobile app stores in over 70 different countries around the world. Prisma Labs, the startup behind Prisma, sought to capitalize on the app’s momentum with a location-based sharing social stream and a companion app — Sticky — that turns selfies into digital stickers. The team pivoted to business-to-business solutions soon after, chiefly in the form of SDKs and APIs that enable developers to add style transfer, selfie lenses, and other effects to their apps.

It’s around this time, in 2018, that Moiseenkov and fellow Prisma Labs cofounder Aram Hardy left to found California- and Europe-based Capture Technologies, an AI-focused startup that raised $1 million in seed funding from General Catalyst, Social Capital, Russian tech giant Mail.Ru Group, and others. After operating largely under the radar for months, today it’s launching its first app — Capture — which Hardy describes as a “contextually aware” social network akin to a message board.

Capture is available on the web and iOS following a beta that kicked off late last year, with an Android version set to arrive in the coming months. 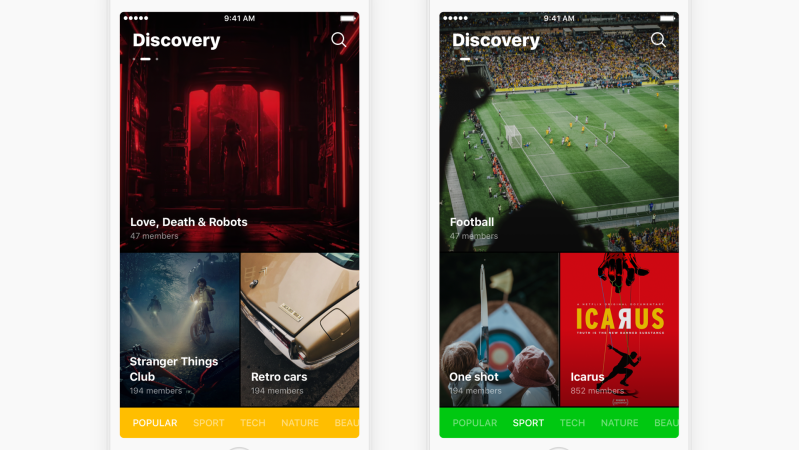 “Capture is meant to change the way people interact with each other with the help of AI. Context is what matters, and the context can be anything,” Hardy told VentureBeat via email. “We want everyone to be important within our app. In a world where a user equals data, we have a different approach.”

To this end, Capture uses machine learning to automatically recognize things in photos and create channels where users can discuss them. Under the hood, it records data from internal phone sensors like radios and accelerometers to refine its results in real time, enabling it to get an idea of what a user is doing and where they might be. A picture of a soccer stadium will suggest Manchester United and Chelsea as discussion topics, for instance, while a snapshot of a Netflix promotional poster will surface series like Orange Is the New Black.

There’s more to it. Capture integrates with third-party services like Spotify and Apple Music to ingest songs, artists, and albums that might spawn channels, and it draws on databases of events to surface chatrooms where members are discussing, say, a nearby conference or concert. Articles can kick off channels, too, as can games, gadgets, venues, and artwork. 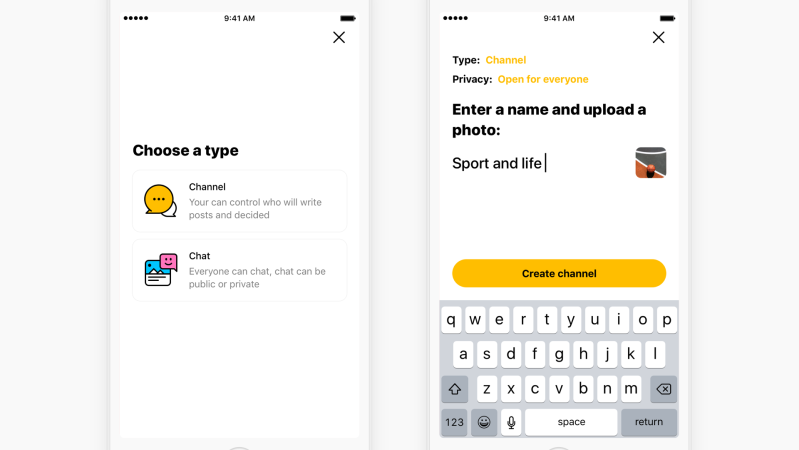 Above: Creating a new chat in Capture.

Chats can be either public or private, access to the latter of which requires an invitation from an admin. On the other hand, channels are intended for brands, bloggers, and creators soliciting commentary. Only admins can post within channels, but users can discuss topics within threads that can be optionally disabled by channel owners.

Capture users can’t directly message each other, but one special mode — Selfie Chat — prompts discussions between randomly paired people about recent news, popular concerts, new album releases, and other trending topics. Alternatively, folks can dive into ongoing discussions from a Discovery tab that orders popular channels by membership size and splits them into categorizes like Sport, Tech, and Nature.

Joining capture requires nothing more than a username, and telemetry data the app collects is deleted after a day. Moreover, CTO Oleg Illarionov says that Capture’s suggestions will become “smarter” and “more accurate” over time thanks to a bespoke AI and data management stack. 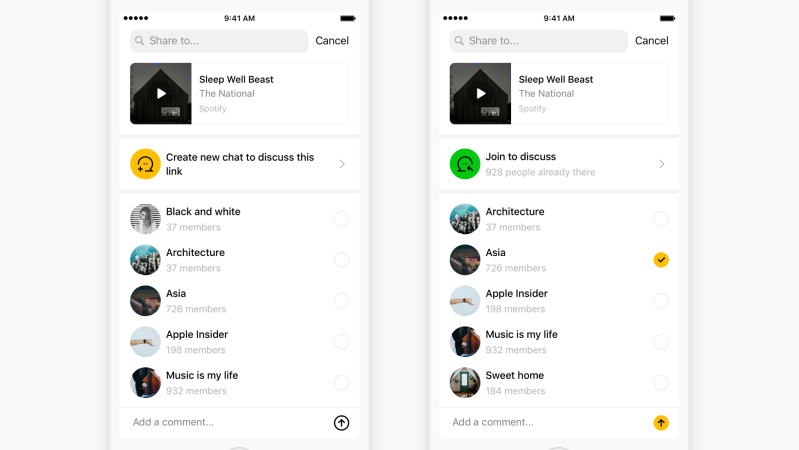 Above: Discussions in Capture.

“Our team developed a stack of advanced technologies on the very edge of machine leaning and data management. The more people use our app, the better experience they’ll have in the future,” he said. “You won’t recognize the camera suggestions in several months.”

Capture’s launch comes as growth in the adoption of social platforms slows in the U.S., according to the Pew Research Center. Pew found that roughly half of Facebook users over the age of 18 have recently adjusted their privacy settings or taken a break from checking their News Feeds. And in a separate survey conducted by SurveyMonkey last November, the number of people who believe social media is a net positive for society was down to 40% year-over-year, likely driven by countless algorithmic snafus and breaches of trust.

Moiseenkov, who serves as Capture Technologies’ CEO, makes no promise that Capture will solve broader social media woes. But he asserts that it’s uniquely designed to amplify voices that might otherwise fly under the radar.

“We believe in a smaller internet where everyone can find a room for any topic or interest, where everyone can be heard,” he said. “With the help of machine learning we can do smart things and suggest chats right away from the camera or from analyzing your location. Somehow, we think that’s the best onboarding ever.”