Reddit has released two self-created mobile apps that it hopes will provide users with a great foundation from which to explore the site’s content. The new iOS and Android apps are replacing the Alien Blue app, which Reddit will remove from the App Store, although it’ll still work without support for those who have previously downloaded it.

Launching its first native, in-house iOS and Android apps was the right thing for Reddit to do, according to Alex Le, the company’s vice president of product. “While looking at the future, we thought about other people on mobile devices. Our original plan was to reuse Alien Blue and modernize it, but when we got down to it, we found it was faster to build a new foundation and bring it to 100 million people in the future.”

Alien Blue has served as the default Reddit iOS app for a while. It was created by Jason Morrissey, an independent developer, but was acquired in October 2014. As the company looked at creating an Android app and retooling Alien Blue, the team discovered the amount of effort needed and realized that Alien Blue’s infrastructure was limiting what Reddit could do. So a whole new set of apps was developed.

Le said that the new apps are a modern interpretation of what Reddit should be on a mobile device. His team extrapolated learnings from Alien Blue, taking what Redditors loved about it and adding those features into the new iOS and Android apps. Some of the things that have carried over include support for a night mode, which adjusts the lighting so you can peruse Reddit while you’re getting ready for bed; a speed read button, which helps you dive into a conversational thread and get to the important takeaway; and subreddit customizations that allow administrators to customize their spot on Reddit (something that was previously limited to the desktop).

Reddit will be pulling the Alien Blue app from the App Store. Le described the decision as a tough one but said that people searching for Reddit were confused by seeing “Alien Blue.” While the app is no longer in the marketplace, those who have pre-installed it can continue to use it. However, Reddit won’t be making any future updates. 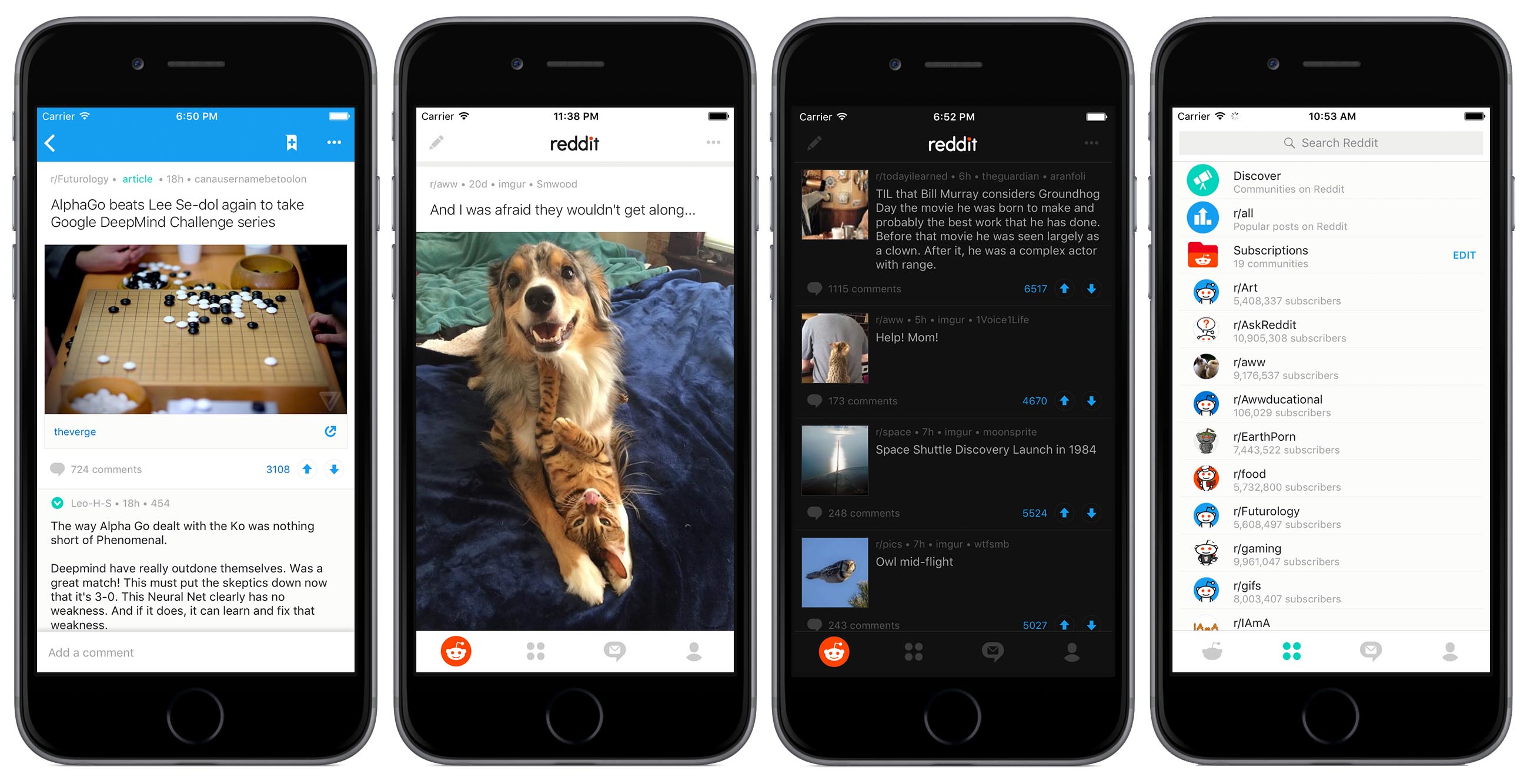 While this change is essentially an app replacement, it’s also an indication of the company’s plans to pursue its mobile strategy. Reddit now has apps for both iOS and Android, which will appeal to Redditors, 50 percent of whom use a mobile device to access the site.

Reddit is encouraging Alien Blue users who have paid for a pro account to transition to Reddit’s premium offering, called Reddit Gold. Through what Le called a “harmonizing” exercise, Alien Blue Pro users have received four years of Reddit Gold, which offers an ad-free experience. It also offers a potential revenue-generating stream — Alien Blue Pro was built around a one-time payment, but with Reddit Gold, subscribers will pay $29.99 per year.

The new Reddit apps are optimized for smartphones, but not tablets.