Mobile World Congress (MWC) may be almost a week away, but we’re already gaining some insight into the kinds of products we can expect to see at the annual tech extravaganza in Barcelona.

Salted Venture, one of the first startups to be spun out of Samsung, has teased a new smart shoe aimed at helping athletes and coaches access data on an individual’s performance.

The IOFIT, which will be officially unveiled at MWC next week, has sensors embedded in each shoe to serve up real-time insights, such as the amount of force being used by an athlete on various parts of the foot — information that can help determine balance, center of gravity, and weight shift, among other things.

The data can be streamed directly to an app on a smartphone or tablet, while a built-in video-recording feature can also sync up footage filmed from a mobile device with the data captured through the shoes. 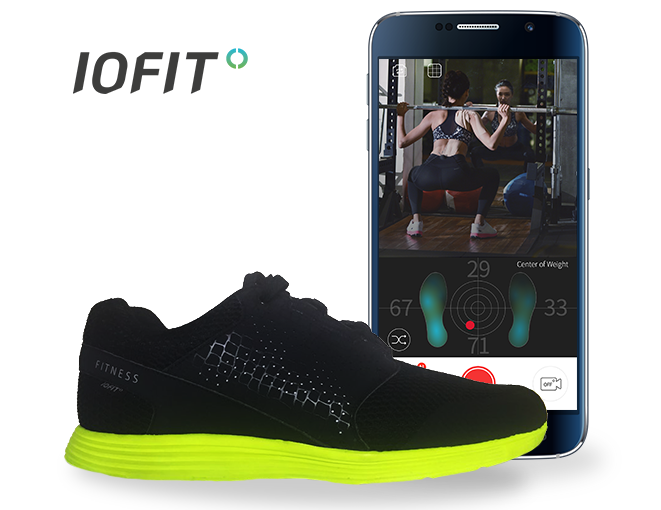 The IOFIT isn’t the first such shoe to hit the market, of course, but most existing incarnations focus on the running fraternity. Salted Venture claims that it’s targeting the broader fitness realm, as well as golfers. Foot placement is an integral part of the golf swing, so the company envisages its technology as a key addition to the sport. “Extensive field research, valuable insight and feedback from personal trainers and professional golfers went into building IOFIT smart shoes around their needs,” according to a statement released by Salted Venture.

“Balance is an essential aspect of all fitness workouts and golf swing mechanism,” explained Jacob Cho, CEO of Salted Venture. “Without it, there is greater exposure to injury and wasteful energy consumption, making fitness workouts a lot less effective and [more] dangerous. For golf, proper balance and weight shift is crucial to generate club head speed and power. We wanted to solve this problem not just with our guts, but with actual data telling us how we are performing.” 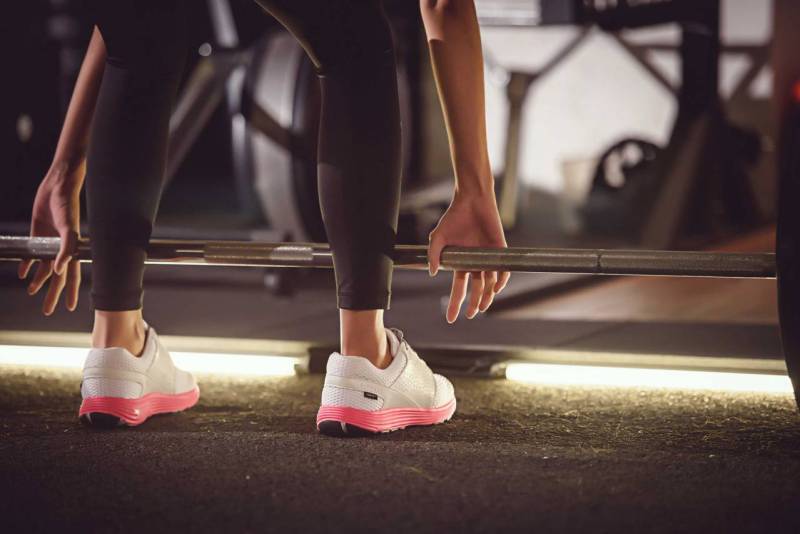 You may remember that last year Lenovo demoed smart shoes with a screen that displays your mood. Though it was merely a concept product, it’s still indicative of where we’re heading — toward a connected planet where inanimate objects are able to communicate.

MWC is often referred to as the CES of Europe, and the two events are comparable on a number of levels — particularly in terms of the sheer size and scale of the respective gatherings. At CES last month, Samsung unveiled an eclectic mix of products, from smart fridges to giant video walls and beyond. The so-called Internet of Things is clearly a major driving force in creative labs around the world, and it looks like Samsung will use MWC to continue where it left off at CES back in January.

The IOFIT emerged from C-Lab, one of Samsung’s in-house innovation programs that gives the company’s employees a canvas for developing ideas away from Samsung’s core development efforts. The team that worked on the IOFIT subsequently left Samsung to create Salted Venture as an independent company. 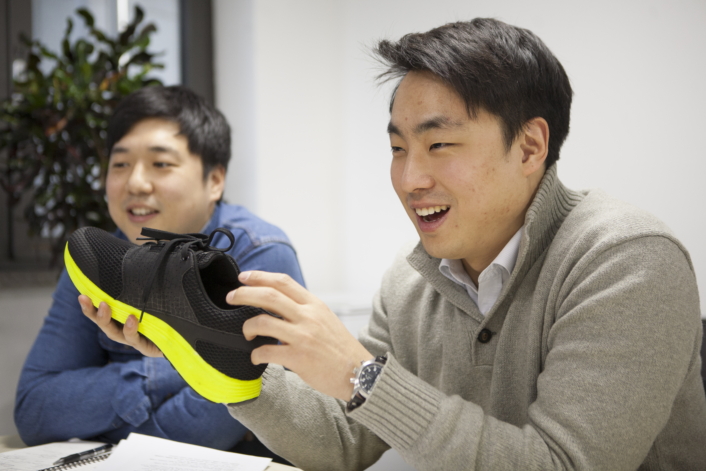 In developing the product, the Salted Venture team visited premium fitness facilities and golf centers to see how such sensor-based technology is used to improve things like posture. “There was an existing solution that was providing value already,” said chief operating officer and UX planner Sehee Lee. “That’s what validated our belief in how this product can provide value for people.”

A spokesperson for Salted Venture confirmed to VentureBeat that the shoes will be released for pre-orders through a crowdfunding campaign in July/August time this year, with the general fitness incarnations costing $149 and the golf versions costing $199. The company also plans to expand into other areas of sport in the future.

Salted Venture said that it’s also looking to embed its technology in third-party shoes, a wise move, given that people often have a preferred brand, be it Asics, Adidas, or Nike.