Jong-Hee “JH” Han, vice chairman and CEO of Samsung Electronics, kicked off the CES 2022 tech trade show in a live in-person event this evening with a call for a “sustainable world.” He said the company is designing “everyday sustainability” into its products.

“Samsung has made sustainability part of everything we do,” Han said. “Our product cycles are geared to minimize the impact to the environment.”

Some of that sounds like a contradiction, as the thousands of companies at CES in Las Vegas are dedicated to making tech products for attention-getting consumption.

But Han said that small changes can make a big difference in carbon footprints, and so Samsung has focused on its sustainable technology journey. Last year, Samsung’s carbon emissions for chips were down to 700,000 tons he claimed. 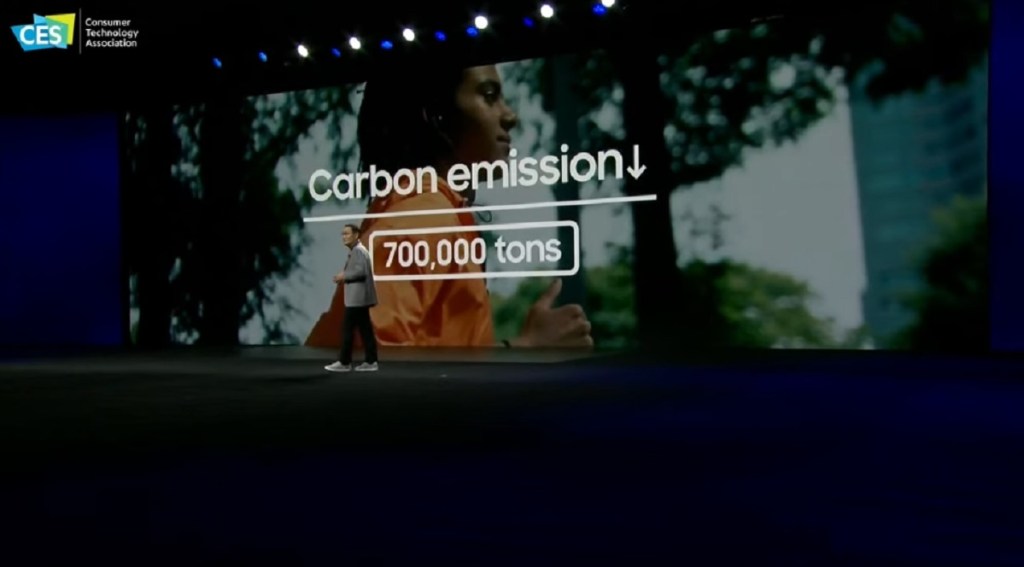 Above: Samsung cut its carbon emissions for its chip production last year by 700 tones.

Inside the box, Samsung is getting rid of styrofoam, box holders, and plastics. Last year, the company introduced a solar cell remote control, which recharges itself from the lights in your home. Samsung is upgrading it this year, using wireless signals to help recharge it.

By 2025, the company will make TVs and phones work on near-zero standby power, Han said. 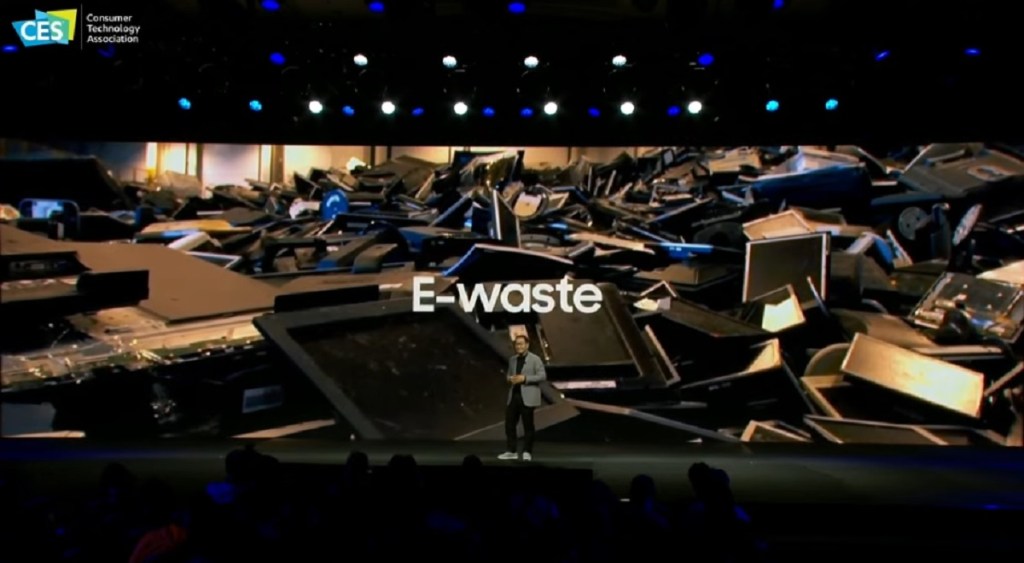 Above: Samsung is taking on e-waste.

And the company is doing something about e-waste. When you line up discarded batteries, you can get a line from Las Vegas to South Korea, he said. Since 2009, Samsung has collected five million tons of e-waste. Last year, it introduced Galaxy for the Planet, a sustainability platform. 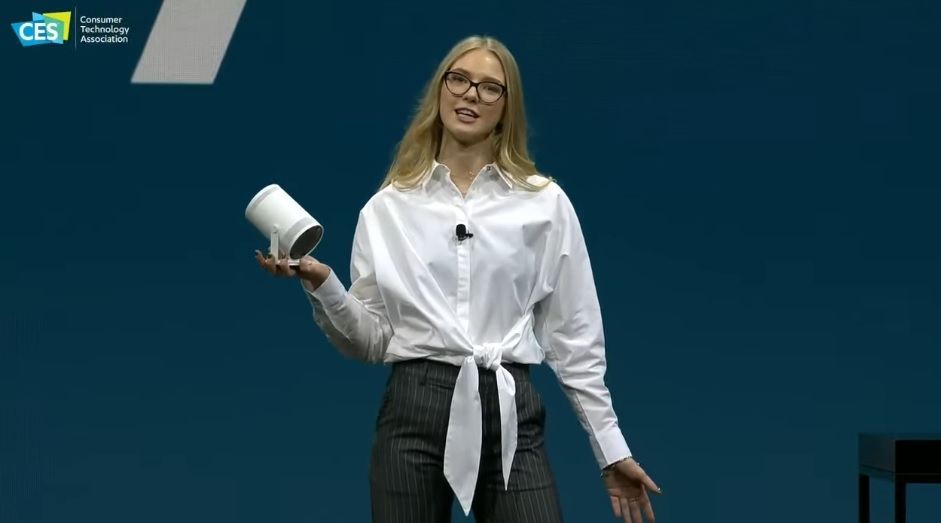 Samsung is collaborating with Patagonia, the outdoor company, to eliminate microplastic waste that makes its way into nature. They’re working on filters that can catch microplastic waste in washing machines so the waste stays out of the water.

As for products, Samsung showed off a Freestyle projector that projects anything you want onto walls, or down from a light fixture onto a table. The two-pound device can project a 100-inch image on a wall, and you can send content to it with a Samsung Galaxy phone by tapping it. You can even personalize a wall with a fake window. You can manage content with your voice. 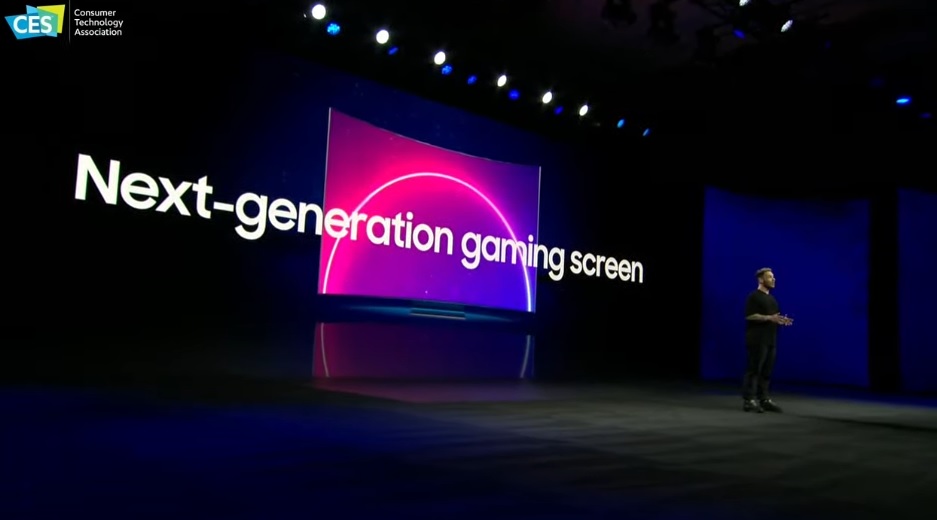 Samsung also unveiled a horizontal or vertical screen called Odyssey Ark, a new kind of gaming screen. It is 55 inches horizontal, and it has a curved design, pulling you into the screen. You control it with a wireless wheel controller.

It has multiple viewing options, so you can watch a bunch of things at once. This can make use of the Samsung Gaming Hub, which lets you play cloud games on Samsung smart TVs.

The carbon footprint of CES is definitely lower this year, due to the pandemic.

Gary Shapiro, CEO of the Consumer Technology Association, said before the keynote that after two years of relying on technology, our expectations for relying on it are even higher. CES 2022 is taking place in Las Vegas in person, even though many companies like Intel pulled out at the last minute out of concerns over the Omicron variant of COVID-19.

Many people like me bailed out of the show (I’m watching it all virtually), but there is a smaller and dedicated crowd that showed up, as the keynote room was packed, and Qualcomm’s CEO Cristiano Amon noted that his press event room was about 80% full. CES estimated half the attendees would come compared to past years, and that 2,000 or so exhibitors would show up.

Han said we have to all get together and do more to make a more sustainable world.