Though the Galaxy Z Flip was pretty thoroughly leaked ahead of today’s Galaxy Unpacked event, one thing truly stood out during Samsung’s official unveiling: Flex Mode, a feature that enables half of the folding phone’s screen to sit upright while the bottom rests flat on a table.

Up until now, everyone has been waiting for a reason — any reason — that a foldable phone would be worth considering over one without a pliable display. Flex Mode instantly answers that question, demonstrating how users will be able to snap selfies using the top half of the screen while activating controls on the bottom half. Flexibility specifically and uniquely enables this; it’s only because the Z Flip has a locking hinge that it’s able to let you see the screen on the Y axis while the controls sit on the X axis. 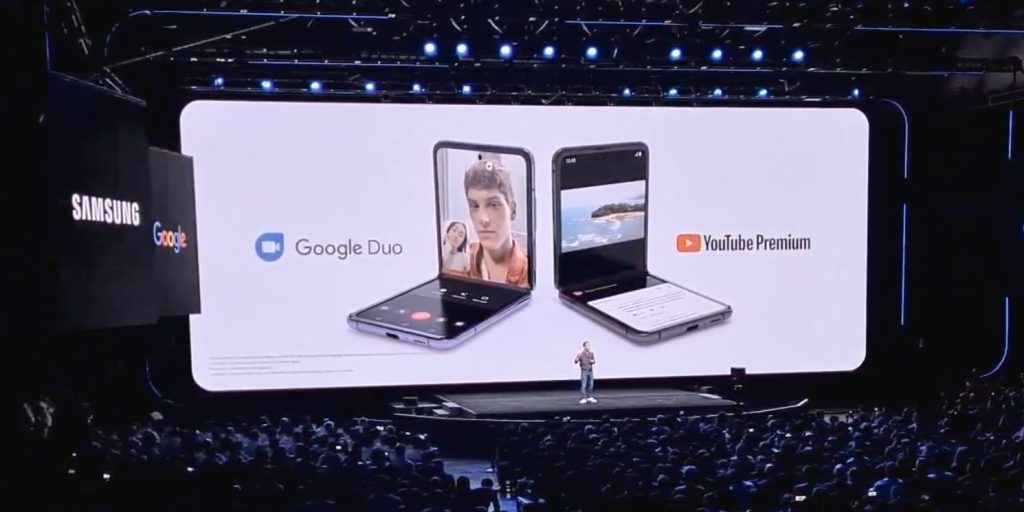 Google noted that its video services are powering the Z Flip’s split-screen features, including Duo for video calls and YouTube for streaming videos. It doesn’t take much imagination to picture further mini laptop-like scenarios where users can conveniently tap on a little keyboard while using the rest of the face as a display.

Suddenly the value of the Z Flip’s atypically elongated display makes a lot more sense than it did as a super-long, flat pane of glass. Trumping Motorola’s folding Razr, users get the benefits of a big screen, the pocketable footprint of a small phone, and a middle-of-road option that works in a convenient new way.

Last year’s Galaxy Fold led to at least as much head scratching about its practicality as discussion of its novel folding feature. With the Galaxy Z Flip, Samsung has given folding phones a greater reason to exist, and if its reliability is up to snuff, it may actually influence the direction of future mobile devices in tangible ways.