It’s been roughly a year since Redwood City-based Skydio released the R1, a drone that triangulates footage from multiple cameras to navigate tight spaces autonomously. An onboard system creates stereo-depth images from pairs of sensors in real time, which software fuses together to map the R1’s surroundings during flight. Facial recognition algorithms enable it to pick out people from a group, meanwhile, and to lock focus by predicting their movements up to four seconds into the future.

But as impressive as the R1 is, the recently announced Skydio 2 — the product of over a decade of combined R&D by a team spanning AI, robotics, cameras, and electric vehicles — is even more versatile. It’s able to track objects and people while traveling at speeds in excess of 30 miles per hour, and it lasts longer on a charge partly because it requires only six navigational cameras as opposed to the R1’s 13. It’s also cheaper than its predecessor at $1,000 as opposed to $2,000, and it packs an upgraded chipset capable of stitching together multiple 4K feeds.

By way of refresher, Skydio is the brainchild of Adam Bry, Abe Bachrach, and Matt Donahoe, the last of whom worked as a research assistant at MIT’s Media Lab. Bry and Bachrach — fellow MIT students in the college’s robotics program — spent years researching ways to build aircraft that could fly themselves without GPS, culminating in a fixed-wing autonomous drone. Later, they contributed to the Google X labs project that became Wing, which designs delivery drones deployed in parts of Australia, Finland, and Virginia. And years afterward, they set out to engineer a system that could power self-navigating drones using commodity hardware.

This system became the R1, which in turn informed the design of the new Skydio 2. The new drone is a two-tone, quad-propeller design (223 x 273 x 74 millimeters) with dual downward-facing front rotors and two upward-facing rear rotors, and a forward camera that can record at up to 4K at 60 frames per second in high dynamic range. Skydio 2 weighs in at 775 grams without the battery in tow, or roughly twice the takeoff weight of Parrot’s Anafi. And it packs a 4,280 mAh battery that delivers up to 23 minutes of flight time on average, or roughly eight minutes less than that of the Mavic Pro 2 (31 minutes).

This lightness and power efficiency predictably confers speed advantages. Concretely, Skydio 2 can fly upwards of 36 miles per hour at sea level without wind, or 11 miles per hour faster than the R1. And even with wind resistance factored into the equation, it’s able to reach 25 miles per hour up to a height of 15,000 feet above sea level.

The Autonomy System is Skydio 2’s navigational brain, underpinned by an Nvidia Tegra X2 system-on-chip. It’s able to track up to 10 objects of interest simultaneously while avoiding trees, walls, street lamps, and other obstacles from any direction, thanks to nine custom machine learning algorithms (including a new algorithm focused on “cinematic capture”) that update a 3D point cloud a million points per second. 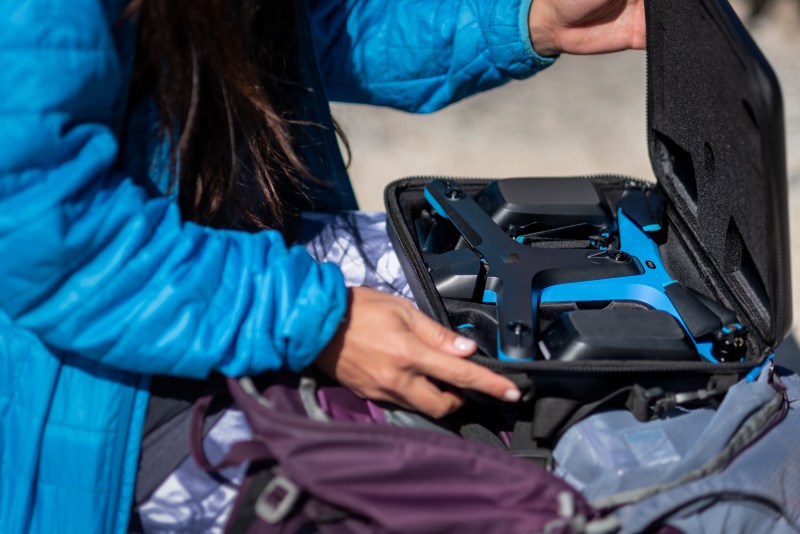 Skydio 2 can be piloted in a number of ways, chiefly with a smartphone but also with a beacon or a controller.

The mobile companion app for Android and iOS surfaces flight previews along with metrics like distance, top speed, and file size. Basic clip editing and organization tools populate a dedicated tab, as do flight controls and a map view highlighting identified subjects. Selecting one of these subjects puts Skydio 2 into follow mode by default, from where the zoom, angle, pitch, roll, and yaw can be adjusted using onscreen joysticks and sliders.

As for the optional controller, which has a 3.5-kilometer range and a built-in GPS, it’s designed to accommodate a 6-inch Android or iOS phone doubling as a viewfinder by streaming 720p HD video from Skydio 2’s camera. Meanwhile, Skydio’s beacon enables Skydio 2 to lock onto subjects it can’t see by augmenting tracking with GPS, such that pointing in any direction with the beacon will prompt the drone to fly that way. Additionally, buttons and a display on the beacon queue up preloaded cinematic shots like “Dronie” or “Rocket.”

Skydio 2 benefits from Skydio’s newly formed partnership with DroneDeploy, the startup behind the drone and UAV mapping platform of the same name, which Skydio says will allow it to more reliably navigate “challenging” environments for close-up recording. For the uninitiated, San Francisco-based DroneDeploy’s tools let commercial operators inspect and automatically save drone images and flight data. As of June 2018, DroneDeploy’s community of 30,000 users had collectively mapped more than 30 million acres globally. 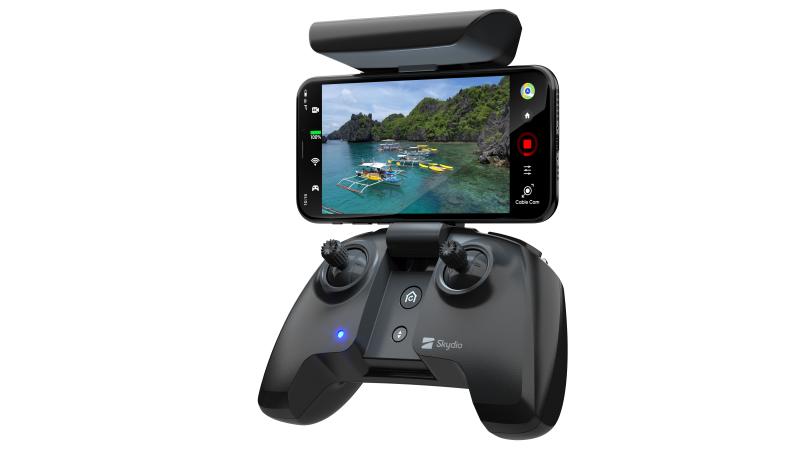 Skydio says that over the next few months, it’ll work to deploy Skydio 2 with first responders and build new skills that aid with structure inspection and integrate with autonomous workflows.

“For experienced pilots, Skydio 2 makes every aspect of flying drones more creative, more fun, more useful, and less stressful,” wrote Skydio in a press release. “But it’s also capable of flying itself with the skills of an expert pilot, opening up the power and magic of aerial capture to new audiences.” 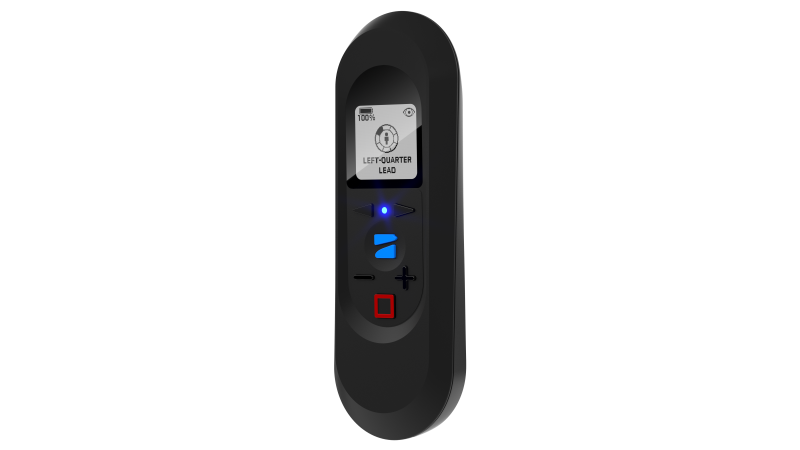 Above: The Skydio beacon.

Skydio 2 is scheduled to ship in November with limited supply for 2019, alongside the controller and beacon (which retail for $149 each). Those interested can reserve their place in line for $100 deposit, and Skydio says it’ll offer R1 owners the opportunity to upgrade at a discounted price via email.