Slack announced that its team communication app is seeing continued growth, with more than 3 million (weekday) daily active users. This is up 1 million from just six months ago. What’s more, the company now has 930,000 paid seats, which is a 31 percent increase from February, when it reported 675,000 paid seats.

Alongside this news, Slack has also hired former Salesforce senior vice president for commercial sales in Asia Pacific Robert Frati as its vice president of sales, which is noteworthy since the company claims 77 of the Fortune 100 companies use its product.

The addition of someone skilled in dealing with corporations could be part of a major push to bring the communication app into more businesses besides startups and other collaborative environments. And as Frati has specialized in the Asia-Pacific region, perhaps he can also establish more partnerships with companies in that area of the world?

Slack has been on a growth spurt, adding more than 1 million daily active users practically every six months for the past year. In June, the company counted 1 million DAU and then doubled it in December before hitting the 3 million mark today. It also shared that more than 2 million users are connected to Slack’s communication app “simultaneously,” meaning that at any given moment, most of its users are interfacing with each other on the platform.

While a reason for the increased usage hasn’t been officially released, it could be the new integrations and developer platform Slack has created, easier integrations with third-party apps, the spotlight on bots, or perhaps those funny commercials that the company is airing. 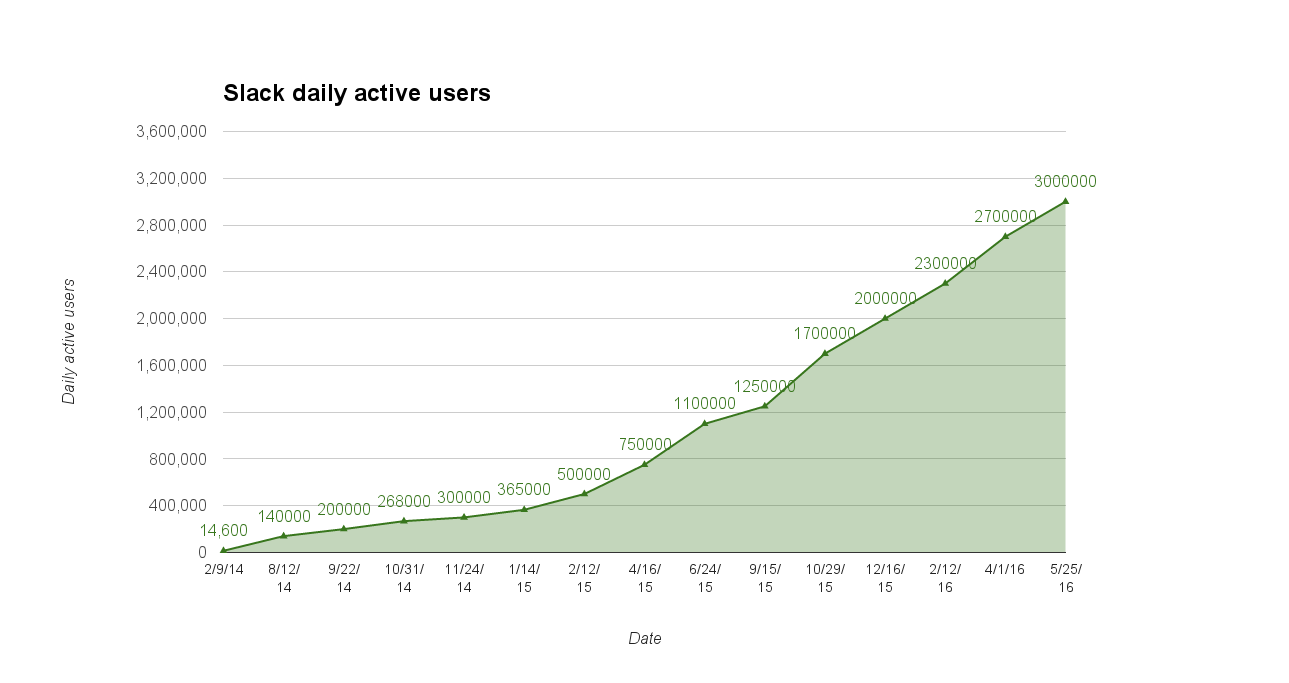