Remember Tumblr? The popular blogging platform acquired by Yahoo for $1.1 billion way back in 2013? Well, amidst all the hullabaloo at Yahoo regarding its own acquisition by Verizon, you could be forgiven for letting Tumblr slip from your consciousness.

But Tumblr has some notable news today — it’s launching its first ever standalone app. Arriving first for iPhone, with Android following within a few weeks, Cabana is touted as an app for “hanging out with friends and watching videos,” according to a statement issued by the company.

In real terms, Cabana allows you to live video chat with up to five friends on what it calls a “digital couch,” while also watching videos from YouTube. It’s worth noting here that this app wasn’t made in partnership with YouTube; Cabana merely taps in through the YouTube API. 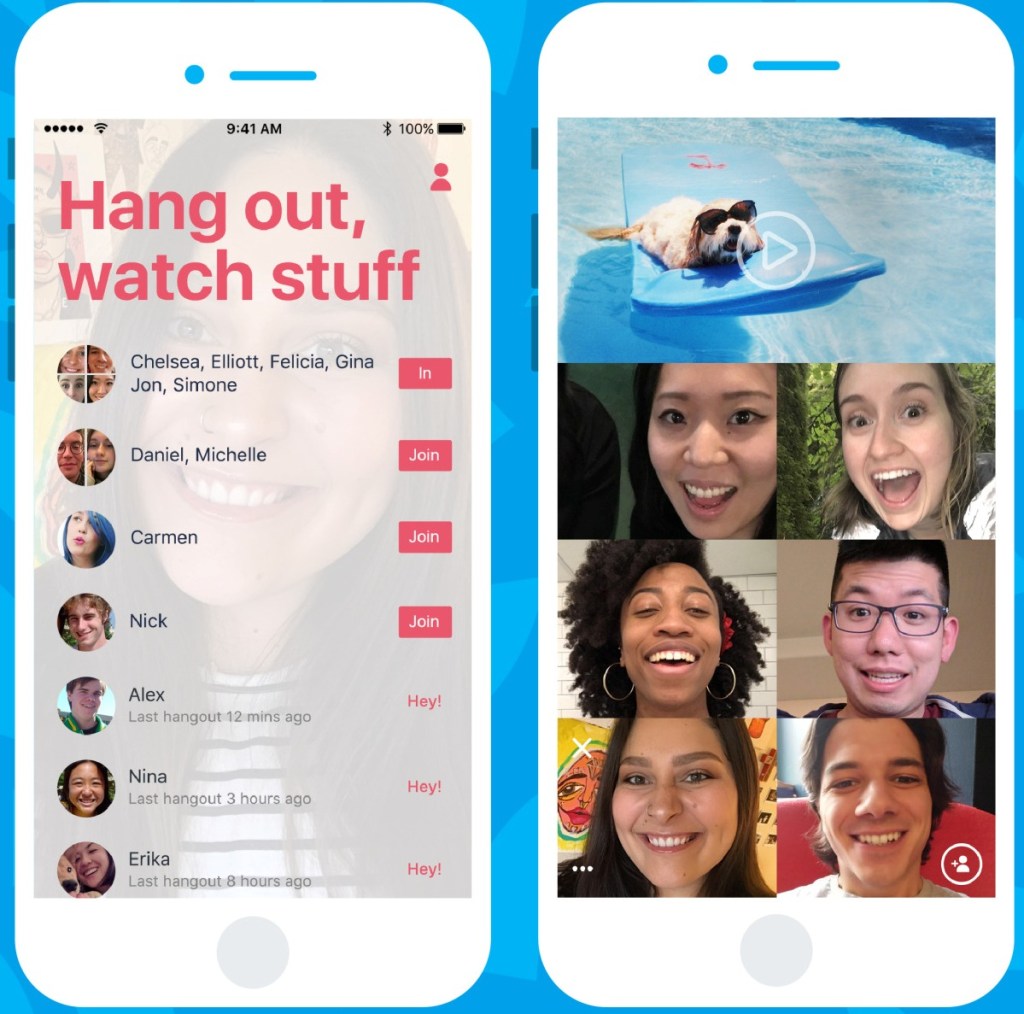 Above: Cabana by Tumblr

The concept of watching videos with friends in real time is nothing new, and numerous versions of the idea have appeared over the years. Just last week, a new app called Let’s Watch it launched for iMessage that lets up to five friends watch YouTube and Twitch videos together. And in the previous month, Google’s Area 120 incubator introduced a new group video messaging app that lets friends share and watch videos in unison.

Cabana emerged from an incubator called Polyvore Labs, which consists of engineers, product managers, and designers who build and ship products quickly to see what kind of early traction they garner. With some tests and surveys carried out through Tumblr, the company got wind of the product and brought the team behind it “into the Tumblr umbrella” to bring a working version of Cabana to market.

While Tumblr is more of a social network for mingling with anyone around the world, Cabana is geared toward hanging out with friends, which is why it is being treated as a separate product. Users add friends from their phone contacts, or they can search by username within the app if a friend has already joined. However, there are certainly synergies between Tumblr and Cabana — Tumblr says that video is the fastest-growing medium on its own platform. This reflects a trend we’re seeing elsewhere, with both Facebook and Twitter also investing significant resources in the medium.

Cabana can still be regarded as an experiment of sorts for Tumblr. For starters, it remains to be seen what the future holds for Tumblr itself in a Verizon world, and we already know that Tumblr hasn’t been a great money-earner for Yahoo in the four years its been under Yahoo’s wing. However, if you stand still you stagnate, and Cabana can be viewed as Tumblr / Yahoo’s attempt to spread its wings (provided the product sees significant uptake). A spokesperson said that “this is just the beginning for Cabana” and that there is “huge potential” to add more features and functionality in the future.

Cabana is available on iOS in the U.S. only from today.