Combine love at first sight with powerfully simple design and what do you get? More than one million dates each week on Tinder, perhaps the world’s most popular dating app.

Best known for it’s “Swipe Right” feature, Tinder has been on a tear in recent months introducing new features and even scratching at the surface of the vast amounts of data people share in order to drive even more growth. The Tinder app has been downloaded more than 100 million times, and every day there are more than 26 million matches and 1.4 billion swipes within it, according to the company. And just last week, the company acquired Humin, a dating app startup known its contact management features and Knock Knock introduction service.

Speaking today at VentureBeat’s Mobile Summit 2016, Tinder’s co-founder and chief strategy officer Jonathan Badeen explained how he created the swipe right feature in the fall of 2012 and how it’s inspired new features since then. `”I was imagining how to go through stacks of cards in real life, and saw three piles: yes, no and maybe,” Badeen said. Each of those piles represented the hopes and dreams of Tinder’s users, which needed to be treated in an authentic fashion.

In fact, Badeen said, the early version of the app did not have the swipe right feature at all.  For the later iterations, Badeen was driven by a desire to eliminate the need for a “tap target” on device screens. The swipe right functionality evolved over a six month period where Badeen was fussing and tinkering with the animation. 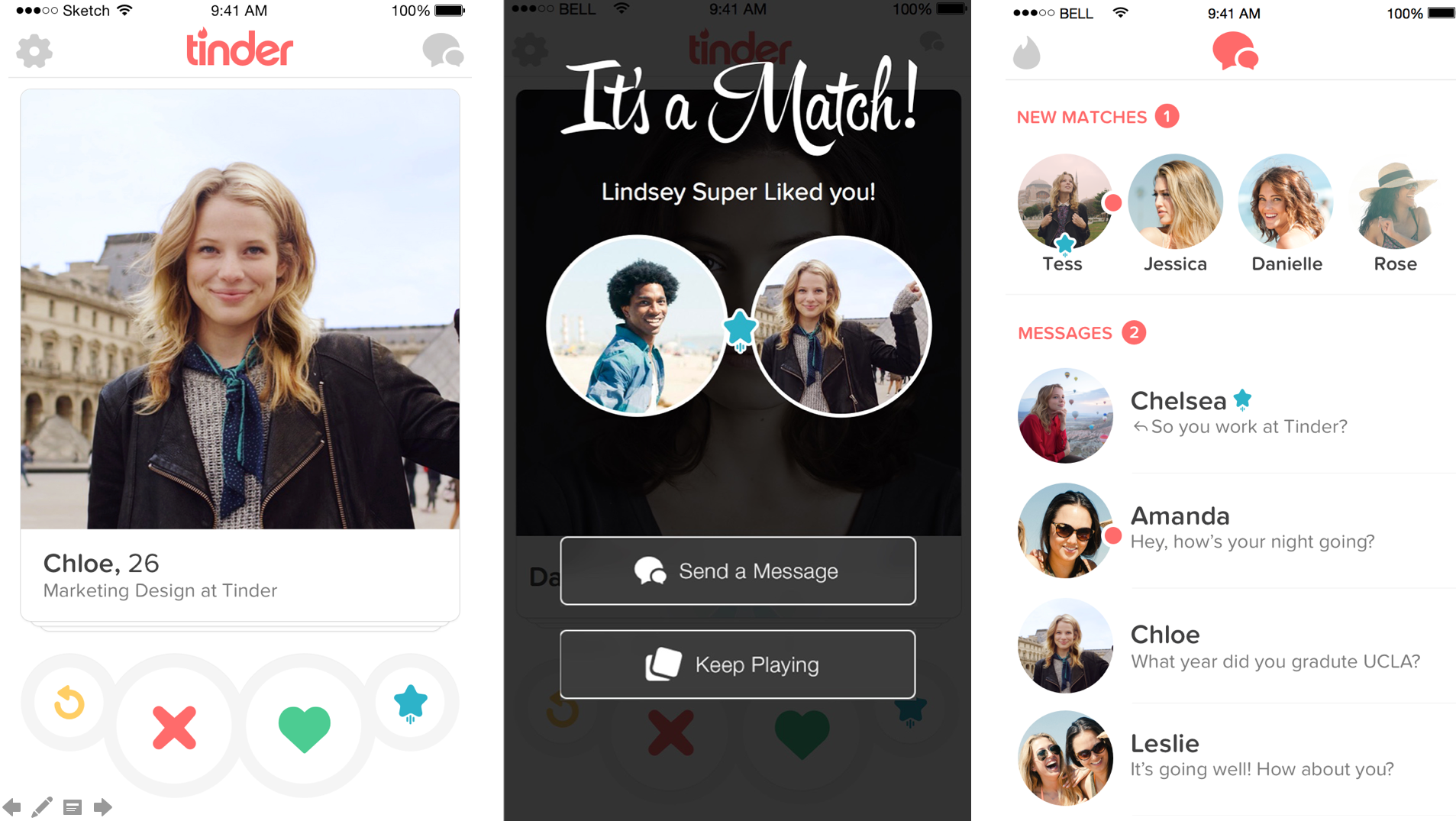 Badeen’s focus on simple, real world gestures led to the “Super Like” feature, which allows users to swipe up to signify their intent, instead of a mere swipe right for Like. The feature was beta tested in Australia last summer, before launching this fall in the United States. The company found that users were three times more likely to make a match and that relationships, as measured by communication on the app,  lasted 70% longer than those started with a standard Tinder has also introduced “Swipe the Vote” in time for this year’s presidential election. After a few questions, the app pairs users with a presidential candidate who reflects their interests.

In January, Tinder began allowing users to send animated GIFs to their matches, based on an arrangement with search service Giphy. Data gleaned from more than 20 million GIFs sent thus far show that conversations with them last twice as long, and messages sent with them are 30% more likely to receive a response, according to the company.

In February, the company shared data about which jobs are most likely to help generate a Swipe Right for a potential match.  The top three occupations for men were pilot, founder/entrepreneur and firefighter; the top three occupations for women were physical therapist, interior designer and founder/entrepreneur. Badeen joked that Chief Strategy Officer did not make the sought jobs. 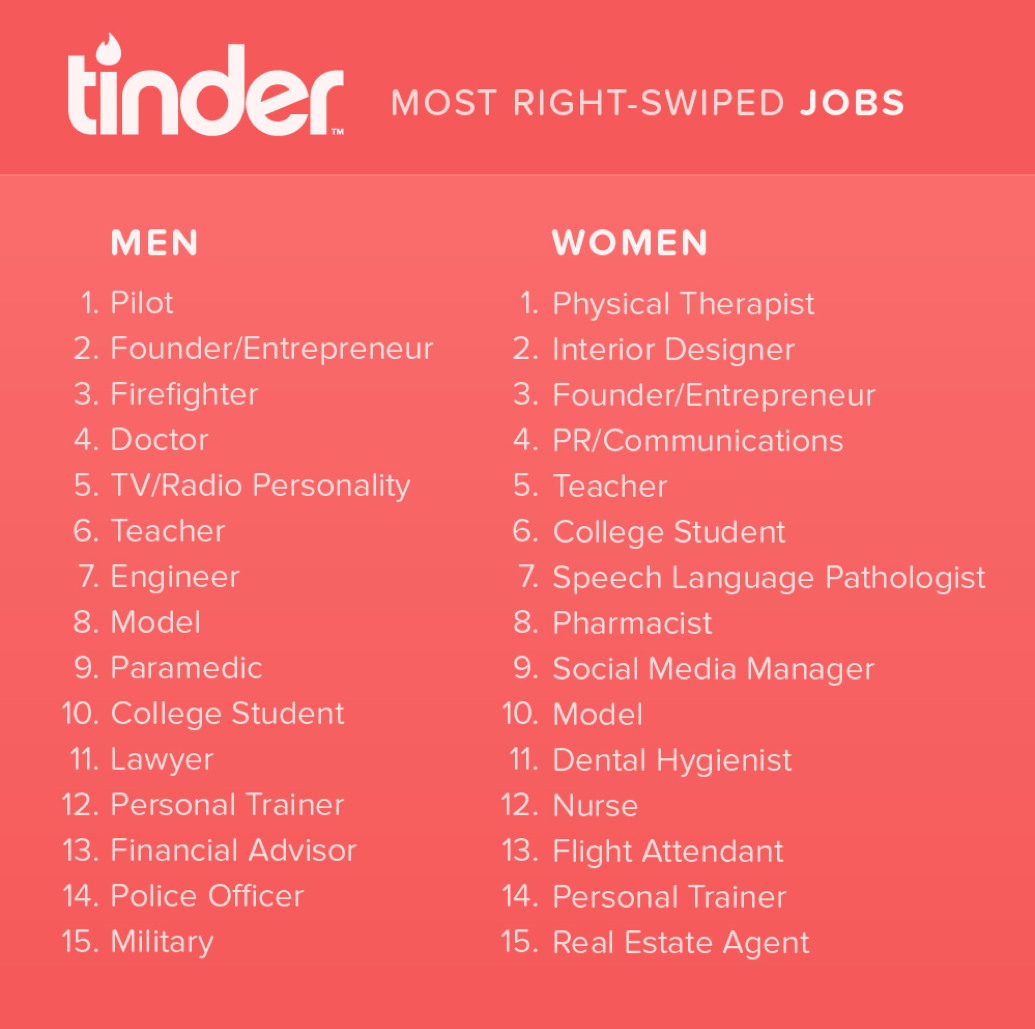 Even as data continues to play a prominent role in product development, Badeen explained that future iterations of the app will uphold the design principle of simplicity. Ultimately, information is a measure of how well Tinder is translating to real world experiences. “Data has become increasingly important,” he said. “Data helps us match people up and create better conversations and help people meet in the real world.”

You can watch the full interview below.