Xiaomi on Thursday sought to show its potential as a consumer electronics company with the unveiling of several products, including a “very thin” modular television called Mi TV 4, a white variation of its flagship Mi Mix smartphone, and a new wireless router called the Mi Router HD.

“Mi TV 4 is the thinnest TV yet, measuring 4.9 millimeters, practically disappearing when viewed from at a flat angle,” claimed Hugo Barra, Xiaomi’s vice president of international, on stage at the Consumer Electronics Show. The television has no frames and “barely any bezels,” with a metal back cover and transparent stand. It ships with Patchwall, the Xiaomi proprietary user interface layer that’s built on Android. The device uses artificial intelligence to surface relevant content for each user, gleaning insight from 44 million movies, 1.52 million comments, and 600,000 in-depth reviews.

Barra boasted: “We put a lot of thought in designing Patchwall. We believe it’s a substantial improvement over any [smart] TV UI.”

Because the Mi TV 4 is a modular television, it’s easier to customize the device to your liking. The television is separate from the electronics, so if you wanted better audio, you need only purchase another sound bar, not scrap your entire TV. Xiaomi said that only one wire is needed to connect all the electronics with the display. The Mi TV 4 comes with 10 integrated speakers, 2 wireless satellite speakers, and a subwoofer. It also supports Dolby Atmos.

Other announcements include the coming release of a white version of Xiaomi’s Mi Mix smartphone in China. The first Mi Mix smartphone launched in October to quite a bit of fanfare. It was touted as being one of the best Android devices out in the market, but it’s currently only available in China and India. The 6.4-inch smartphone was previously available only in black. Barra highlighted many of the phone’s feature before ultimately revealing the white ceramic version. 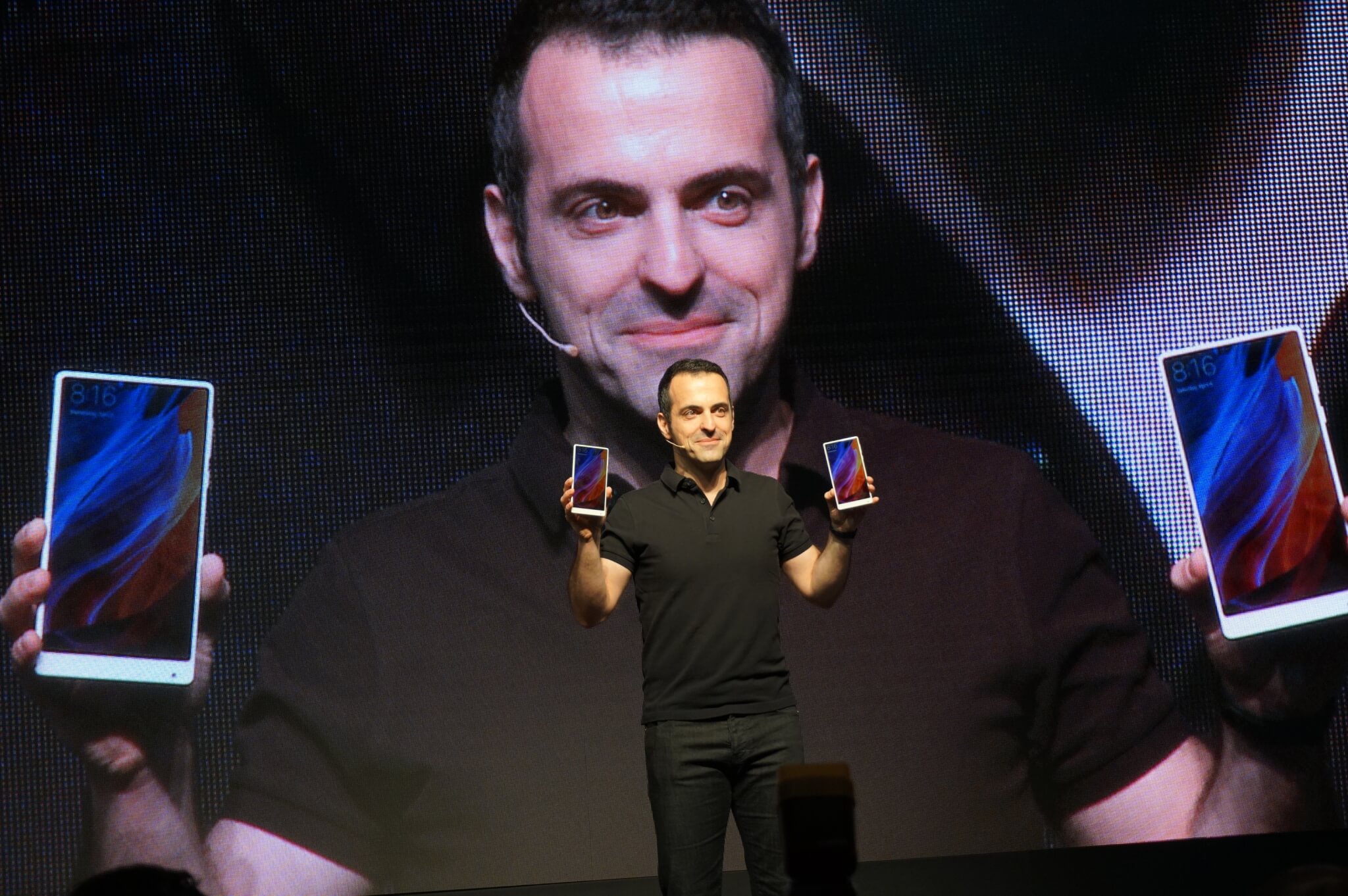 Above: Xiaomi’s Hugo Barra holds up the white version of the Mi Mix smartphone.

At the start of the China-based electronics company’s press conference, Xiaomi’s Xiang Wang, senior vice president for global business and IP strategy, spoke about its unique business model. He said there were three pillars the company has been grounded on: hardware, internet services, and the Mi ecosystem, its internet of things platform. “All are scalable areas for us,” he said, also boasting that Xiaomi is now in 20 countries and growing.

The Mi Ecosystem consists of hundreds of smart products, with 77 companies incubated by Xiaomi to date. Barra said, “As part of our approach to the Mi ecosystem, we’ve helped these companies on all things along the supply chain … I can safely say Xiaomi has become the world’s most successful incubator.” In fact, there are more than 50 million devices connected to the company’s products, including a rice cooker, smart scale, fitness wearable, electric folding bike, scooter, drones, smart robots, and more. 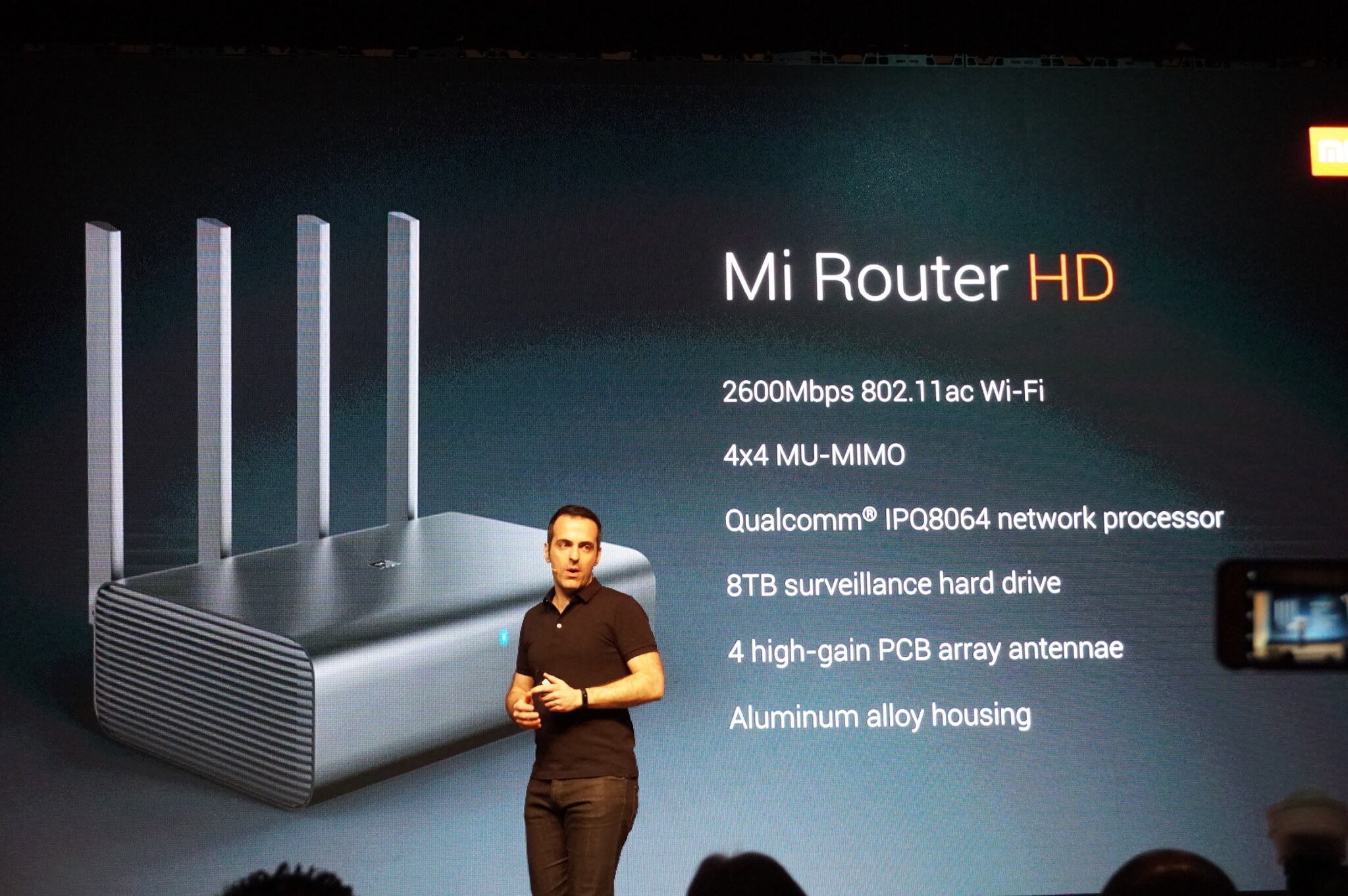 To keep these devices connected, Xiaomi has created the Mi Router HD. With 2600 Mbps 802.11ac Wi-Fi, 4×4 MU-MIMO, a Qualcomm IPQ8064 network processor, 8 TB surveillance hard drive, 4 high-gain PCB array antennae, and an aluminum alloy housing, the router is billed as being a powerful way to maintain connectivity in your home or office.