Beloved teen live-streaming service YouNow has unleashed a major upgrade to its mobile user interface for both iOS and Android devices.

The app update comes as the enthusiasm for live-streaming apps is beginning to die down.

Nevertheless, YouNow has given its app a refresh with a much sleeker interface and a new set of discovery tools that just might lure in new users — or keep current users from straying. 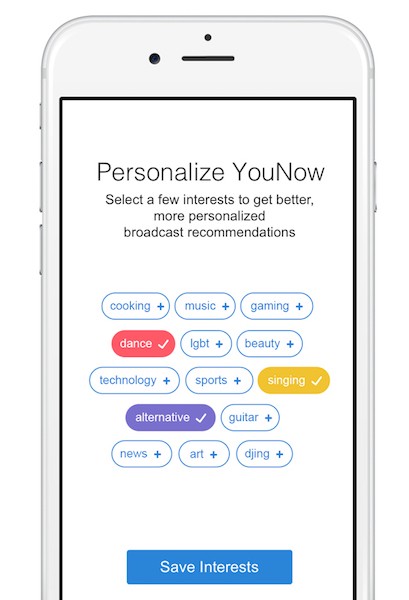 In its latest iteration, YouNow helps users sift through reams of streams using key interests, surfacing content specific to the subjects you say you like. 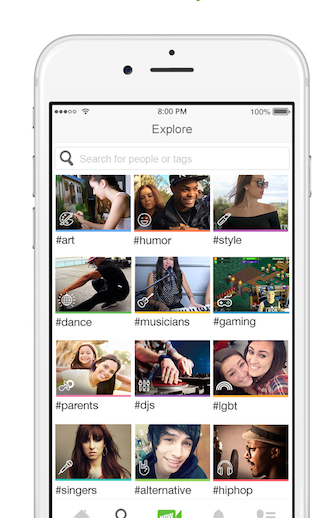 To help users find new streams to follow, YouNow added an Explore section featuring 12 highlighted categories including hip hop, humor, dance, art, singing, musicians, DJ, LGBT, and gaming, among others. If what you’re looking for doesn’t fall into any of the featured topics, YouNow also lists a series of trending hashtags.

Clicking on one of the hashtags takes you immediately to the top stream in that section. If you don’t want to watch that stream you can simply swipe left for the next one. 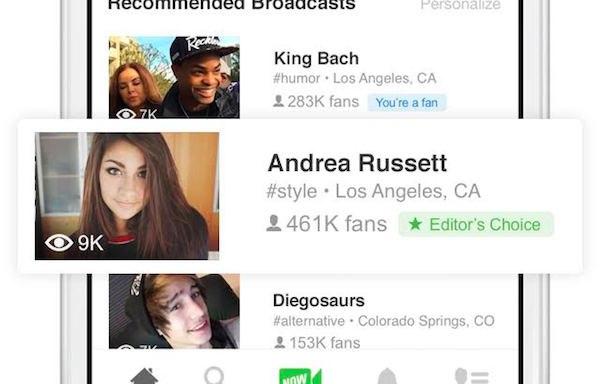 Calm after the media storm

The update comes after a frenzy of media attention for livestreaming apps Meerkat and Periscope, both of which launched earlier this year.

Meerkat rolled out its live-streaming app in March at SXSW and immediately became a media darling. Celebrities like Madonna and television host Jimmy Fallon quickly hopped on board to live broadcast themselves to their existing fanbase. However, the app relied heavily on Twitter’s social graph to get broadcasts distributed and shortly after its launch, Twitter cut Meerkat’s access. Weeks later, Twitter launched a competing live-streaming app called Periscope, a service it acquired earlier this year. Since then the two apps have been in fierce competition for audience members, with Periscope largely mopping the floor with Meerkat. Meanwhile media attention for both apps has diminished.

While Meerkat and Periscope continue to fight over name-brand journalists and celebrity streamers, YouNow has hit a chord with teens. The company, which has been around since 2011, has been growing slowly since it first emerged. YouNow boasts 100 million user sessions a month with users broadcasting roughly 35,000 hours worth of content every day.

Throughout the Periscope/Meerkat debacle, YouNow continued to raise its ranking among iOS apps in the U.S. Since Meerkat’s launch, YouNow’s iOS app has risen to a rank of 313 from 713, according to app Annie. (By comparison Meerkat has literally fallen off the map of App Annie’s U.S. iOS app ranking.)

So though it seems that interest in live-streaming apps has cooled generally, that may not apply to YouNow. The streaming service was smart to avoid the Periscope/Meerkat drama, waiting to drop an update until the media storm came to rest. Now with this more navigable user interface, it’s poised to attract new users; perhaps those who have tried Meerkat and Periscope, but are ready for something else.