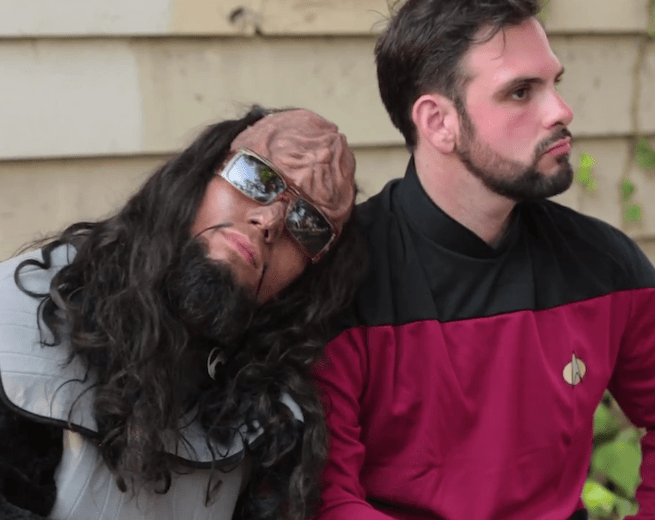 If there’s one way we’d like to send you off into your weekend, it’s with a little Star Trek love. The send-off is even better when it’s the 25th anniversary of The Next Generation and someone sings a full Klingon version of Gangnam Style.

As if it the Gangnam Style meme hadn’t been played out, parodied, and remixed in different languages enough, someone decided to do a full Klingon version. And they’re actually rapping in Klingon, the fictional Star Trek language spoken by an alien race by the same name. According to the description on the video, Kristen Bobst actually wrote the words in the Klingon language (which every Trekkie wished they could take in high-school instead of French). According to the translation, Bobst got help from a “Klingon linguist” for the lyrics.