America’s most clandestine intelligence agency did not accidentally send out a butt tweet. Almost immediately after the tweet went out, the garbled language (below) was shown to be a conspicuously guised attempt to hire code crackers.

Feel free to try to crack the coded message yourself. Below, we’ll tell you what the message is and how it was cracked.

One of the first thing Twitter-loving crackers noticed about the message was that some letters appeared with a frequency normally found in English. “A” for instance, is used more often than “X”, so one writer thought it could have been a Caesar cipher, where the alphabet is just sifted over (“A” becomes “B”, “B” becomes “C”). 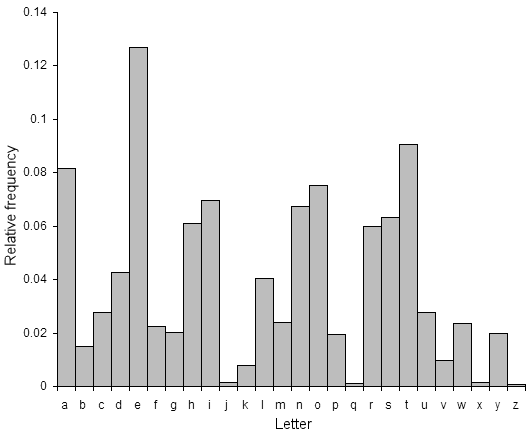 Eventually, someone discovered that is a substitution cipher, where each letter is replaced by another. The actual message reads:

“Want to know what it takes to work at NSA? Check back each Monday in May as we explore careers essential to protecting our nation.”

This is not the first time a company has used a public puzzle to hire clever computer scientists. All the way back in 2004, Google bought out a billboard with this puzzle, “{first 10-digit prime found in consecutive digits in e}.com” — a URL that led to a job page. 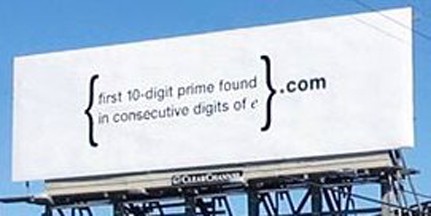 The NSA’s tweet has a gotten a lot of press, but given that’s it’s become one of the most reviled organizations in the country, it’ll likely still have a hard time recruiting.