McAfee announced that it has acquired Canada-based virtual private network (VPN) company TunnelBear. Terms of the deal were not disclosed.

Founded in 2011, Toronto-based TunnelBear has gained a solid reputation for its fun, cross-platform VPN app that uses quirky bear-burrowing animations to bring online privacy to the masses.

The company claims around 20 million people have used its service across mobile and desktop, while a few months back it branched out into password management with the launch of the standalone RememBear app. 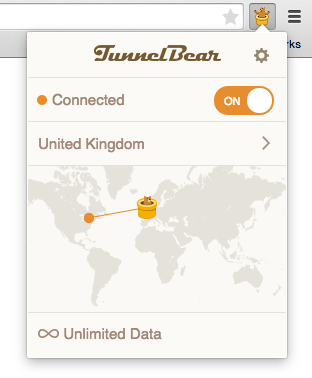 Founded in 1987, McAfee is one of the most established brands in the online security realm and is arguably best known for its desktop antivirus software. The company was acquired by Intel in 2010 for a mammoth $7.7 billion. It later became known as Intel Security Group before being spun out last year as an independent company, with Intel retaining a 49 percent share in the business.

This latest deal represents McAfee’s second acquisition as an independent company, after it bought cybersecurity provider Skyhigh Networks back in November.

TunnelBear hadn’t taken on any known outside funding, so McAfee is unlikely to have broken the bank over this acquisition. However, TunnelBear had also previously revealed that it is profitable, so was likely in position to wait until the offer was right.

McAfee already offers a VPN service called Safe Connect, and it seems McAfee plans to leverage TunnelBear’s “hardened network” there. VentureBeat has also confirmed with McAfee that it plans to keep the TunnelBear brand and standalone apps alive.

“TunnelBear has built an engaging and profitable direct-to-consumer brand, and we’re confident this acquisition will serve both our end users and partners by embedding its best-in-class, hardened network into our Safe Connect product,” said McAfee CEO Christopher Young, in a press release. “This investment is strategic for McAfee’s consumer business as it further showcases our commitment to help keep our customers’ online data and browsing private and more secure at a time when the threat landscape is growing in volume, speed, and complexity.”

Though VPNs have served as popular online privacy tools for years — helping internet users mask their true location and access services restricted to other regions — growing privacy concerns and political shifts such as Donald Trump’s rise to the White House have led a number of VPN and encrypted messaging services to report a surge in downloads. Indeed, there are no shortage of VPN services out there already, with more arriving all the time — ProtonMail, for example, recently expanded beyond encrypted email to offer its first dedicated VPN service.

McAfee has said that it bought TunnelBear for its consumer-focused business, but TunnelBear has also branched out into the business realm, recently introducing a new VPN product for teams, so there is scope for McAfee to build on this foundation.

That TunnelBear has sold to a major brand such as McAfee won’t be greeted warmly by many of the product’s existing users. However, with significantly more resources now at its disposal, TunnelBear should be in a good position to absorb any losses that result from the transfer of ownership.

“TunnelBear will continue to develop the products our customers have come to love, now with the backing and resources of a leading cybersecurity company,” added TunnelBear cofounder Ryan Dochuk. “McAfee shares our passion to help everyone browse a more secure and private internet. The acquisition provides us with the resources to develop our service, expand into new regions, and continue leadership of privacy and security practices in the VPN industry.”