Encrypted email service ProtonMail has come a long way since its global launch 18 months ago, having expanding into VPNs, started targeting small businesses, grown into multiple languages, and — most recently — launched an encrypted contacts manager.

Founded out of CERN in 2013, ProtonMail uses client-side encryption to ensure that all data is encrypted before it arrives on the company’s servers. With high-profile data leaks permeating the news, and Donald Trump now in charge of things in the U.S., there has been a surge in sign-ups for online privacy tools, including encrypted messaging services and VPNs.

Up until now, ProtonMail has only been available through web browsers and mobile apps, but with ProtonMail Bridge officially rolling out today, users can access their ProtonMail email accounts through their favorite desktop-based email client too.

It’s worth noting here that ProtonMail Bridge should work through any IMAP email client; however, official support is extended only to the aforementioned three applications on Windows and Mac, with Linux support coming in early 2018. It’s also only available to paid ProtonMail users.

ProtonMail Bridge is an application rather than a plugin for your desktop email client. This holds a number of advantages; for example, it doesn’t interfere with the client’s behavior and so isn’t likely to cause any disruptions to a user’s workflow. But ProtonMail told VentureBeat that this also makes it far easier to deploy in an enterprise environment.

Once you’ve installed the ProtonMail Bridge application, you’ll be prompted to enter your ProtonMail credentials within the app. Then, you’ll need to configure your email client, which ProtonMail provides these instructions for. 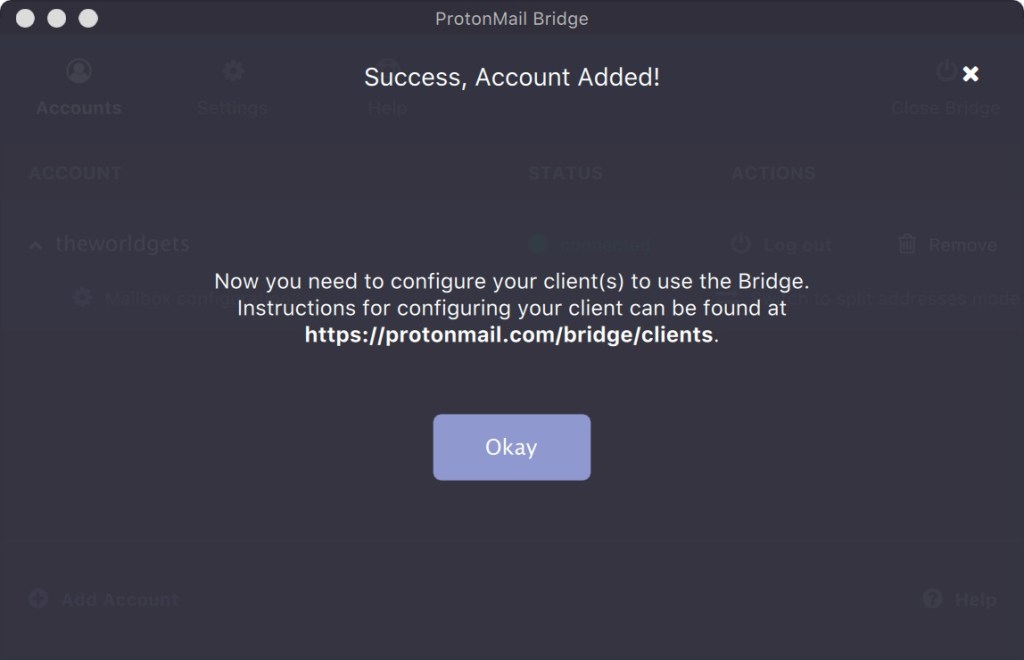 The configuration obviously varies depending on your email client of choice, but it is fairly straightforward. 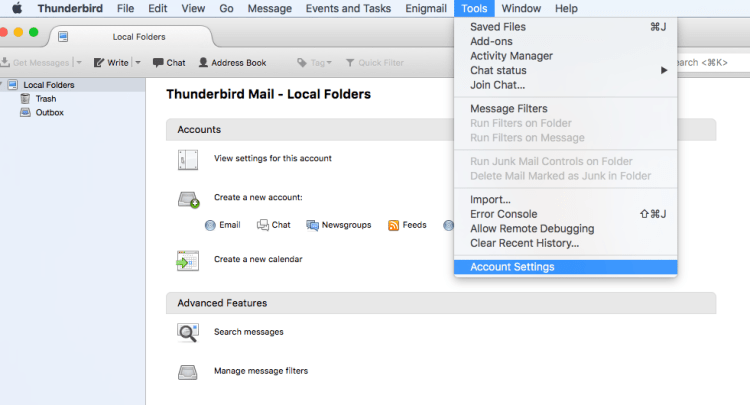 Above: Setting up ProtonMail on Thunderbird

Most people likely won’t use ProtonMail exclusively, and may switch between Gmail and ProtonMail depending on their purpose. By adding support for desktop clients, users can seamlessly switch between accounts from a single interface, while they will also be able to import emails from other service providers into ProtonMail if they’re connected to the same client.

It also opens up interesting new features, such as offline access to read your ProtonMail emails.  Additionally, users can conduct full-text searches within ProtonMail, using the native search functions of the desktop client. This isn’t possible through ProtonMail on the web or in mobile apps because the company doesn’t have the ability to read messages — but with desktop clients, searches can be carried out locally without giving access to external parties.

“Over the past three years, we have built some of the world’s most useful encryption technologies that protect millions worldwide, but the ProtonMail Bridge is certainly the most innovative one, and the one that will have the most far-reaching impact,” noted ProtonMail cofounder Dr. Andy Yen. “Today’s launch accomplishes one of our long-standing goals to bring security technology to the mainstream.”

ProtonMail has been known to have been working on supporting IMAP email clients for a while, and opened up access to beta users several weeks ago. That it’s only open to paid users is notable, but it makes sense as it gives the company one potentially powerful “carrot-on-a-stick” to lure users onto a paid plan — the company has to make money somehow, after all, if it’s not in the business of selling user data.